The cloudy skies that greeted me at dawn were breaking up as I wrote the blog and watched the barges glide by.

I’m not sure if you can see the length of the barge on the right but I was amazed at the capacity of the vessels plowing up and down.

Time to hit the highway and after an hour and a half of Hollands sunken fields and glass houses and complex patterns of motorway intersection we crossed into Germany and it immediately became hillier and with a lot more  trees. Driving south west toward the industrial heartland of Essen, Dortmund and Düsseldorf it was still deeply wooded with fields between the trees rather than the other way round. The motorway was shielded from the rest of the country by tall walls covered  in ivy and creepers- a fast paced green tunnel running through the landscape- Keeping the hubbub around them from the drivers view.

We pulled into a service station to swap drivers and mingled with classic car enthusiasts and bikers galore.

We got off the motorway to head across country to an area that looked good for hiking and as luck would have it found a familiar shop to stock up on supplies.

I’d bought a book listing free and cheap overnight park ups and it led us to Grandenborn in the Thuringer Natural Park. Set amidst beach and oak covered hills and fertile fields of rye, wheat and barley the quiet town supplied us with a pitch for the night next to an abandoned football pitch. Grand job. A wander around revealed a mishmash of architecture

and a map of a 17km hike for the morning

with  pretty hedgerows of rose and elder and guilder rose and a multitude of other trees and shrubs beside us. Wide ranging views were marked by signboards and benches and sometimes a little extra 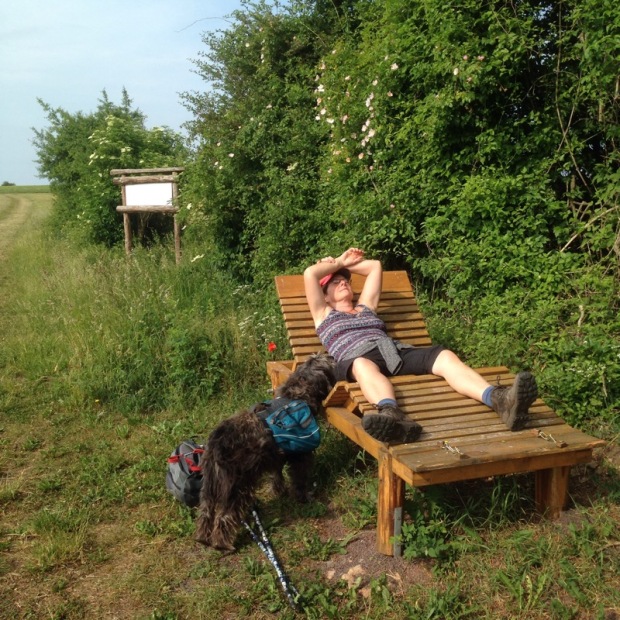 The route was really well signed 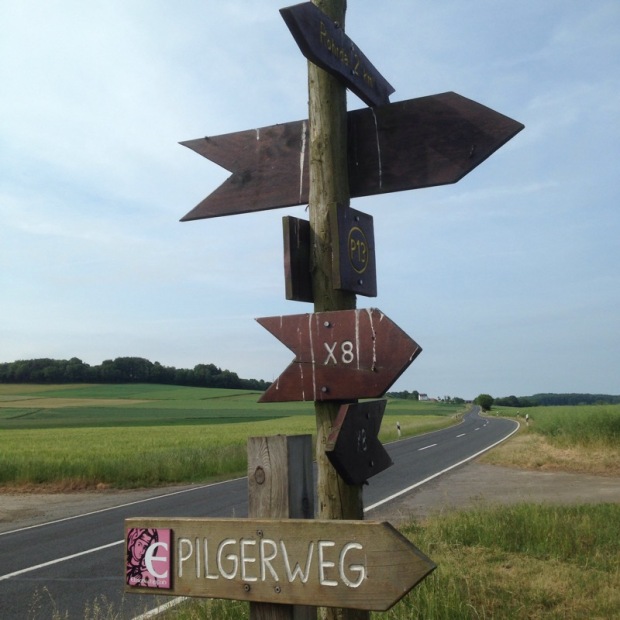 and we discovered that we were on a pilgrim route to Boyneberg, a promontory castle keep deep in the beech woods that we began to immerse ourselves in. 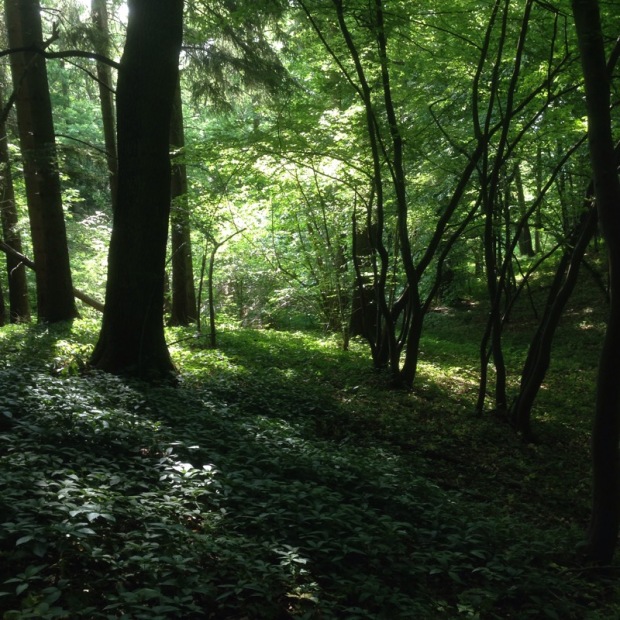 The woods were a glory and as the sun heated up the shade was a godsend. So much wonderful timber in such well managed forest. We had seen dozens of firewood stacks to covet around houses and I these woods were the source. Occasionally there would be a viewpoint over the fields and woods beyond.

The ancient remains of the 11 century structure of Boyneberg were in a fantastic setting atop the hills with a few small grassy fields around it.

There were other structures of more recent times. Spread across the grain fields and lining the woods edge were lots of raised timber hides. 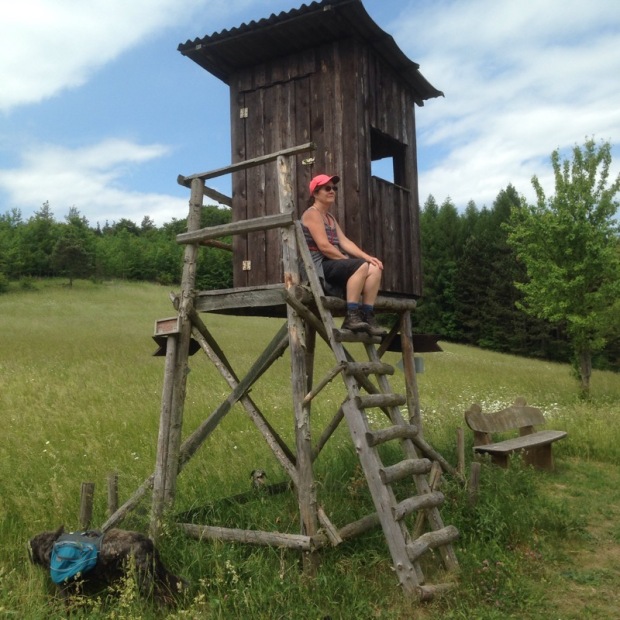 And occasionally a well built shelter for the hikers

We saw a lot of birds of prey but only a couple of humans on the whole route which we we’re surprised about for a sunny Sunday in hiking friendly Germany.

We heade d to what looks like a hikers heaven at Brotterode after we got back to camp and had lunch. In another Naturpark about 40km South with higher hills and deeper woods and trails everywhere from where we’re parked up, it looks good. Early start tomorrow. 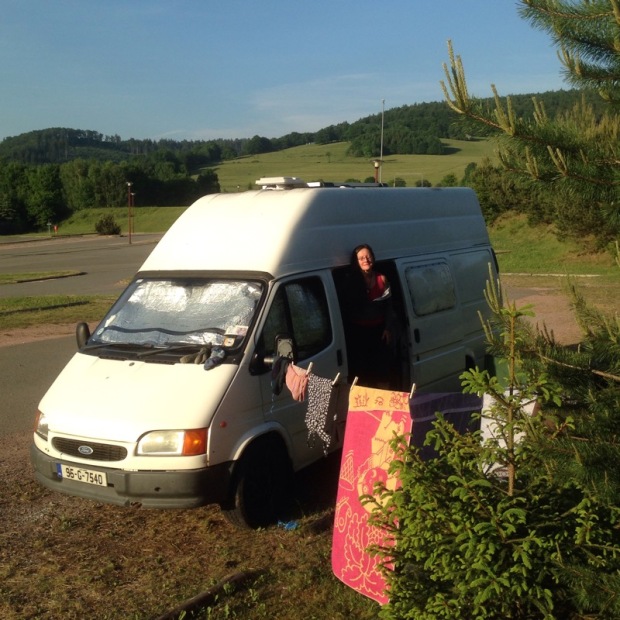