I discovered that my last posting was missing a section from the end for some unfathomable reason. One false move of a stubby finger over a tiny but sensitive control pad can wreak havoc. So I’m having another go before I hit the trail. 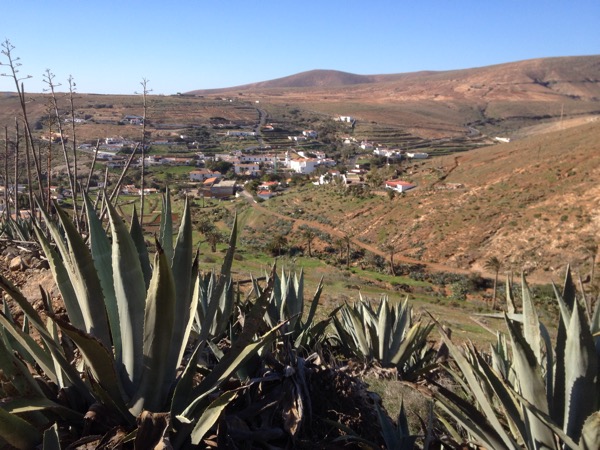 The track down to the ancient capital city, founded by Normans (didn’t know that they were in these parts) was tranquil after the exposed ridge above and I was able to admire the crops of prickly pear and agave or aloe.
There was also some almonds blossoming already.

Aloe Vera is a big deal here and there were many products for sale in the tourist souvenir shops. The coaches and rental cars come to admire the restored old stone buildings and I was lucky to meet Tomas, who had restored and converted his old sheds into accommodation.

And so to bed.
But I’ve lain abed too long. The cosy nest has delayed me.
Vamos !