We left Moclin pre dawn, without going the extra metres to explore the fortress or church built on the site of the ancient mosque, and under the watchful gaze of the many Moorish lookout towers perched atop hills for miles around, we descended to the valley below. We past some spectacular via ferrata routes up imposing cliffs and a tranquil fuente and wash house.

We were heading for Alcala la Real, a hike of 22km, through a landscape of rugged rounded hills , wide valleys and high plains all carpeted with olive and fruit trees, fields of grain and grass , crops of asparagus and gardens of lettuce, beans and potato. 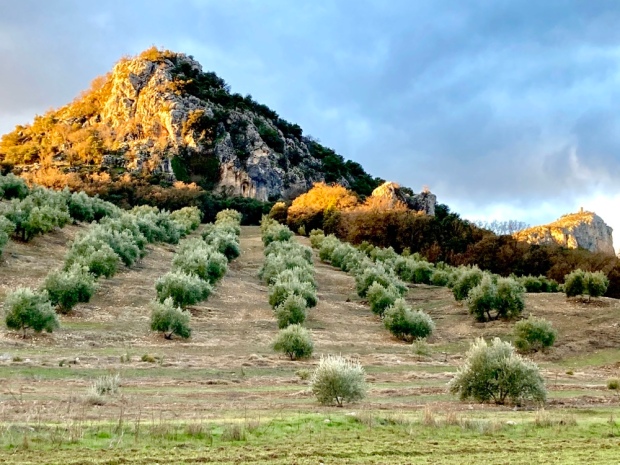 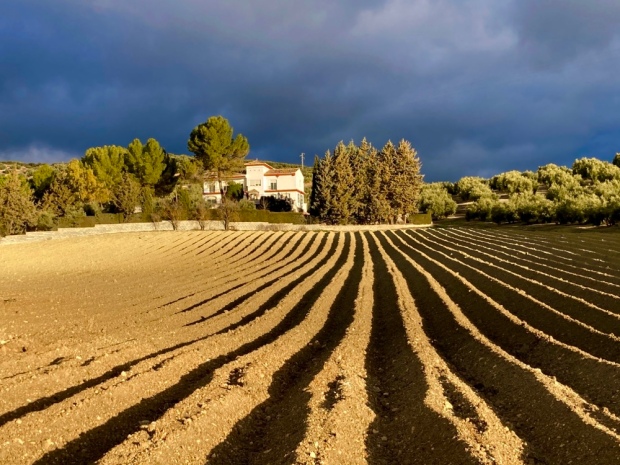 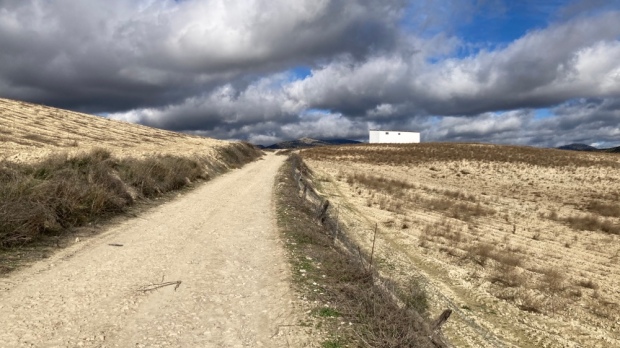 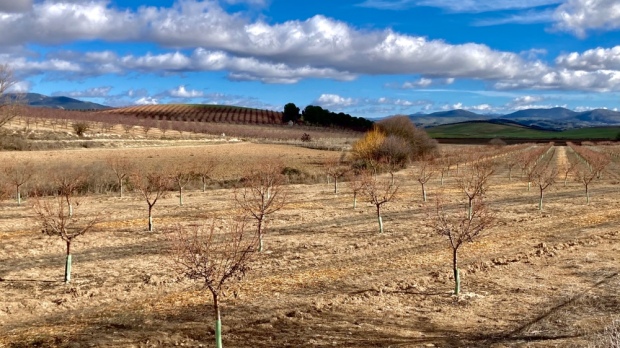 It was a chilly start and a cloudier sky than the previous days but walking soon had us stripping off the layers. There was often the buzzing of machinery as the mechanised olive harvest continued and on the couple of sections on the road, the roar of traffic. We had seen the diggings of boar alongside the road and then, unfortunately, a roadkill. But there were also long stretches with just birdsong as we walked through the trees, along the tracks and passed the old ruined cortijos. 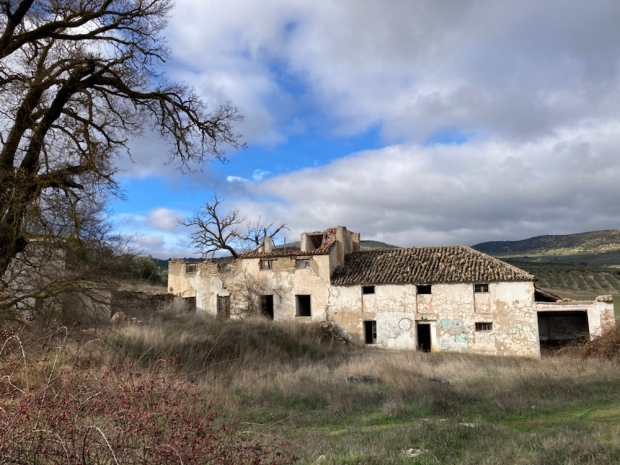 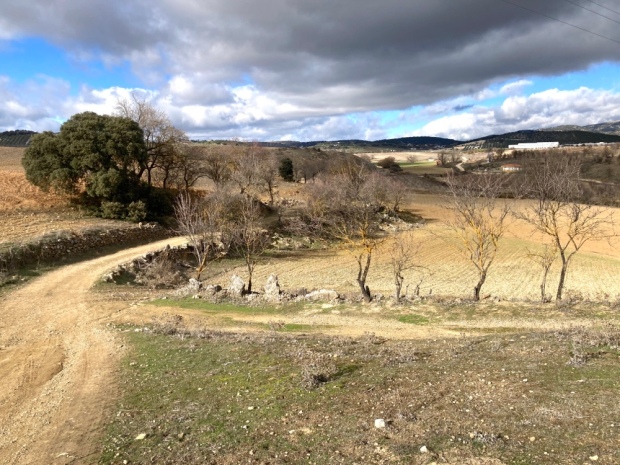 At one point near Ermita Nueva we stopped at a prize winning cheese maker and bought a big chunk of his sheep/ goat semi hard. Delicious. He was proud to give me a taste of his “all natural” wine which was also delicious so of course I bought a 2l bottle and left the place with a pack 2kg heavier. Just down the road we passed his brothers herd of goats, munching contentedly on olive leaf and twig- an unwanted byproduct of the harvest. In need of a rest and food and stimulants we tried a short cut to a garage/cafe/bar on the main road. All good until the final few metres when a deep and stinking arroyo blocked our way to nirvana. Nothing for it but to force our way through a jungle of king brambles and clamber over the ditch using fallen trees. And enjoy a brandy coffee. 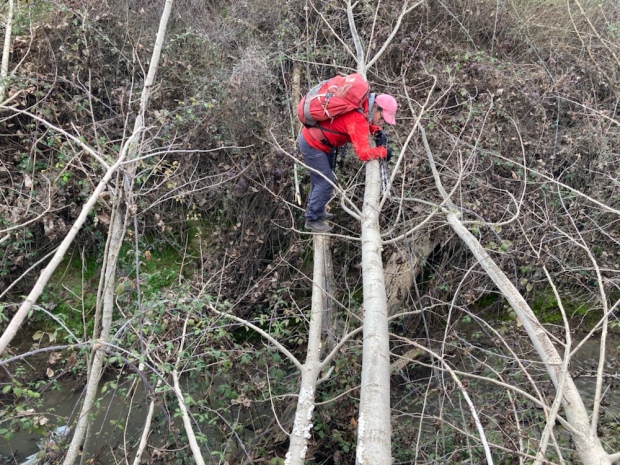 Later we passed a massive solar farm under construction and looking back at it we saw our last view of the snow clad Sierra Nevada. And then on weary legs we were into the outskirts of Alcala, drawn towards the imposing castle and our room. Later on we hit the streets. It was Three Kings night. The next day was Epithany, a public holiday, and there was merriment to be had. 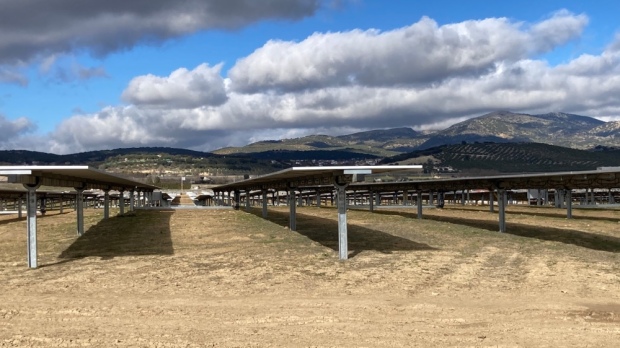 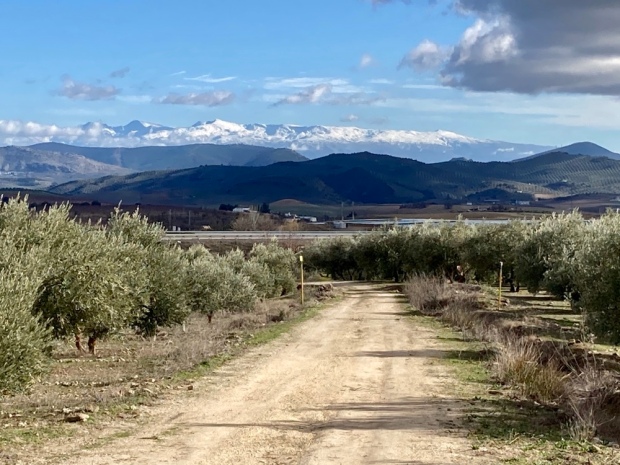 Another early start in the gloaming next morning with 23.5 km to do to Alcaudete. A rash of roadside crosses to start and then, as the day warmed up under blue skies, more tracks and trails through the multitude of olive formation planting. Driving through the area you might conclude that it was an homogenous, monotonous monoculture but at walking speed the differences in the details make for great variety of view and terrain. 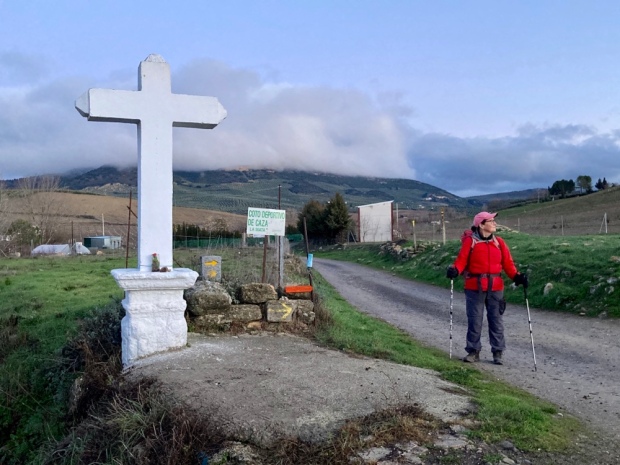 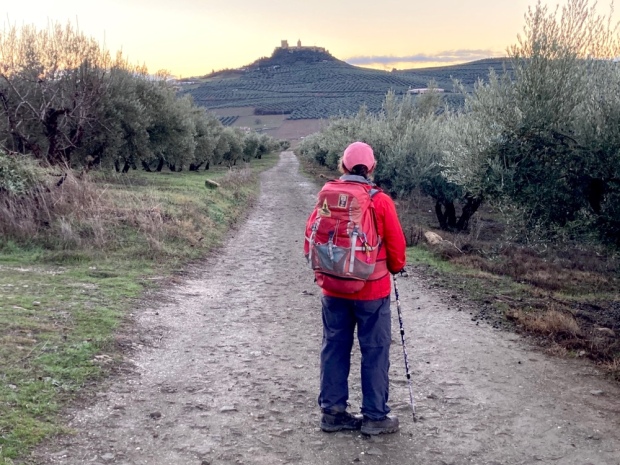 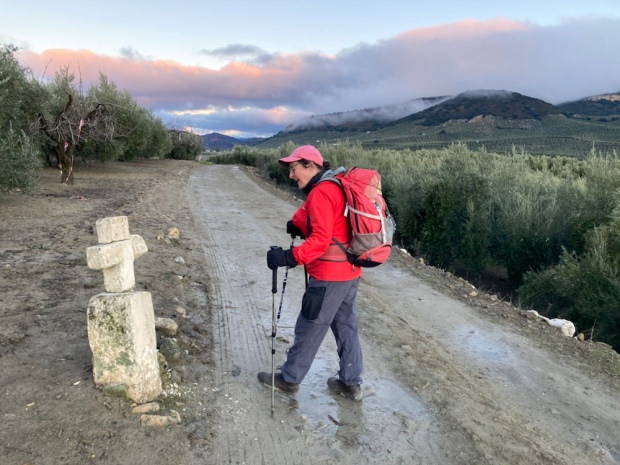 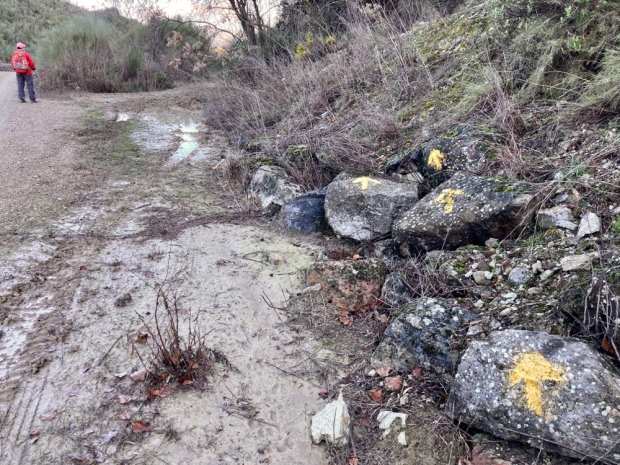 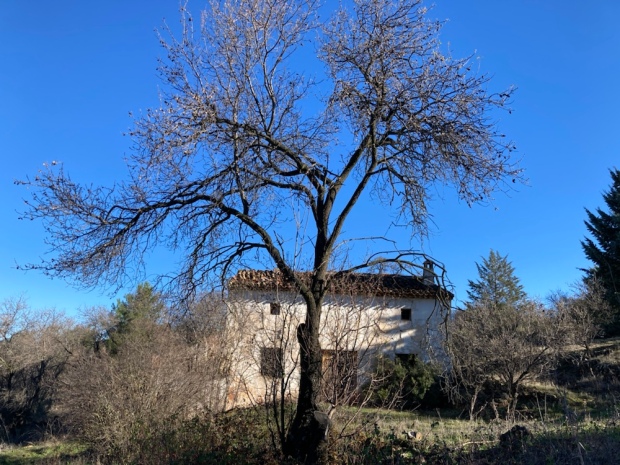 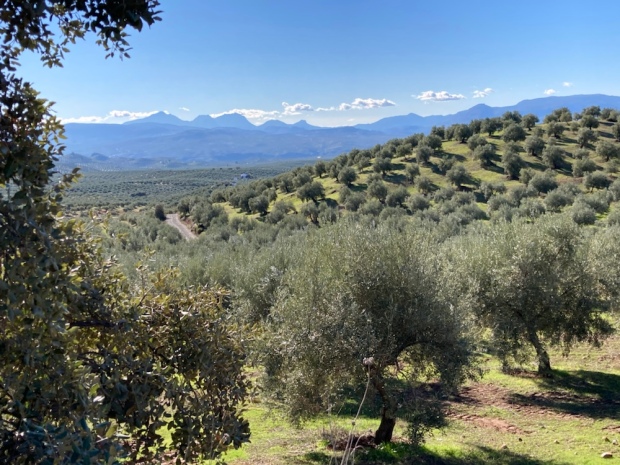 It was sad to see the erosion of the soft sandy soils and sad to see the dying prickly pear but otherwise it was a beautiful days hike. We got to Alcaudete worried that we’d have no food again with all shops and restaurants shut for the holiday but just before our room was a fine bar and fine food. Fed and watered we could retire to our room and admire the view of the castle. 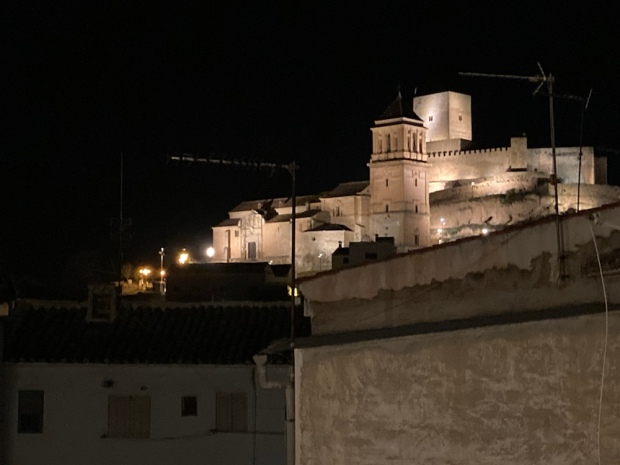