Our first section of the two to Tocon was one of the most surprising to us, with great contrasts in scenery when we had been expecting a long slog across the plain. I guess the profile should have told us.

Of course it worked out a little further according to the GPS by which time Sally’s foot was giving her some pain which took the edge off some the pleasure of walking through such natural splendors.

After a nice night at the man made splendors of the Guadix albergue and admiring the grand edifices of its glory days we followed the signage out of town. 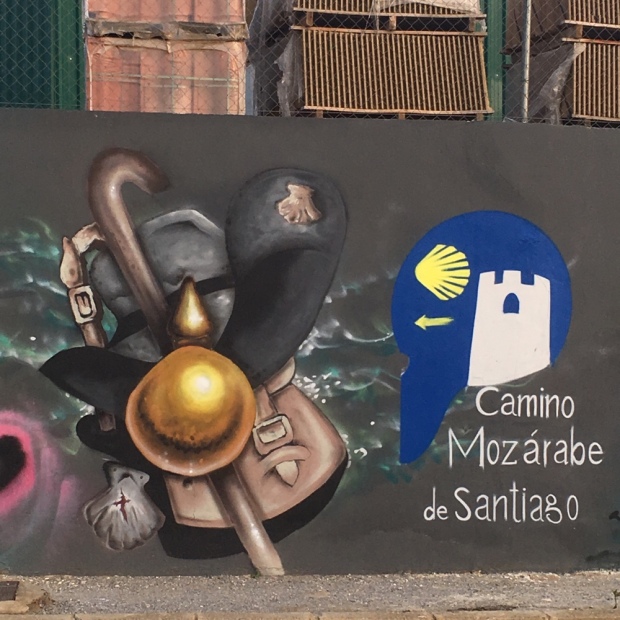 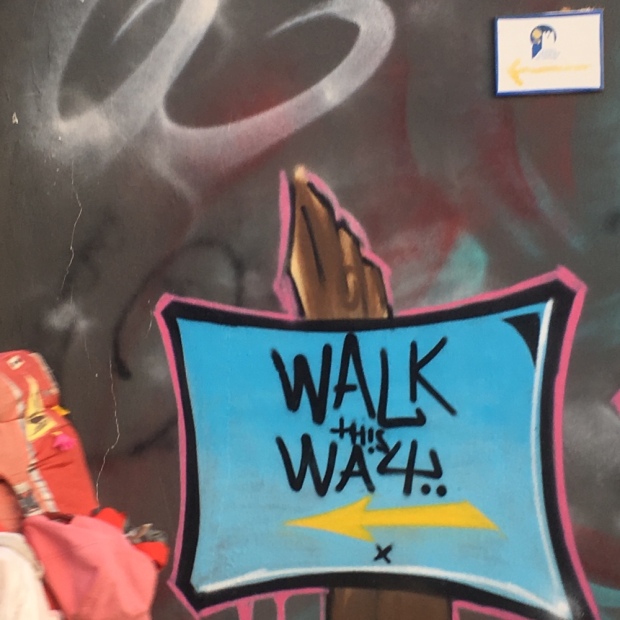 A last minute stop off in a cafe for a peregrine breakfast, we were pleasantly surprised that it seemed to be run by social services and our two big tostadas with tomato and olive oil, two cafe con leches and two fruit salads cost us €3.80. The Camino provides! Suddenly we were away from the buildings on a dirt track that led up into eroded hills surrounding good flat farmland- with tractors and even a combine harvester hold up in holes ( in the rock- alongside old abandoned cave houses). 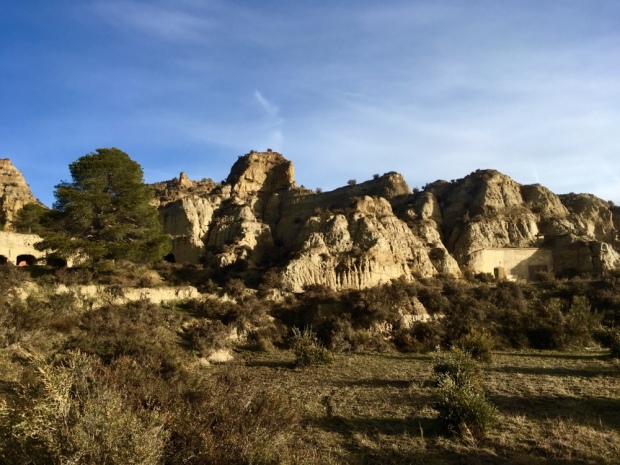 A beautiful stretch followed all the way to Purullena, about 7 km, of an up and down sandy track through pine trees with the “badlands” on either side. The erosion had created gorges that got narrower around us and we found ourselves in a winding tunnel of towering sandstone with openings many meters high. 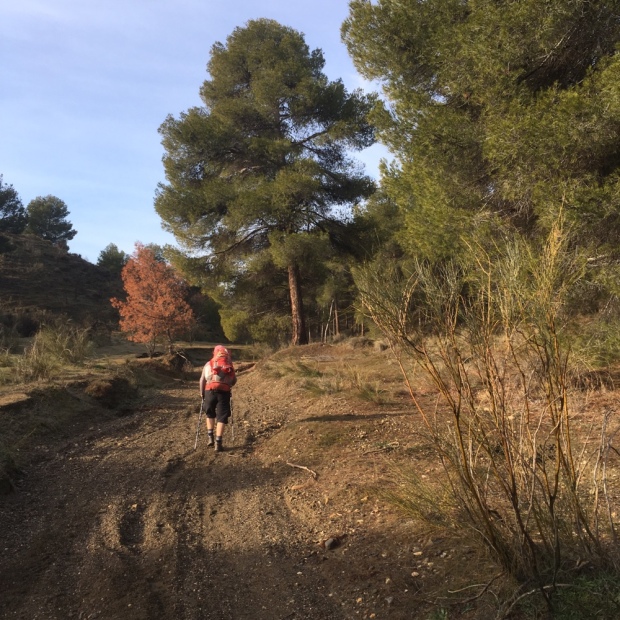 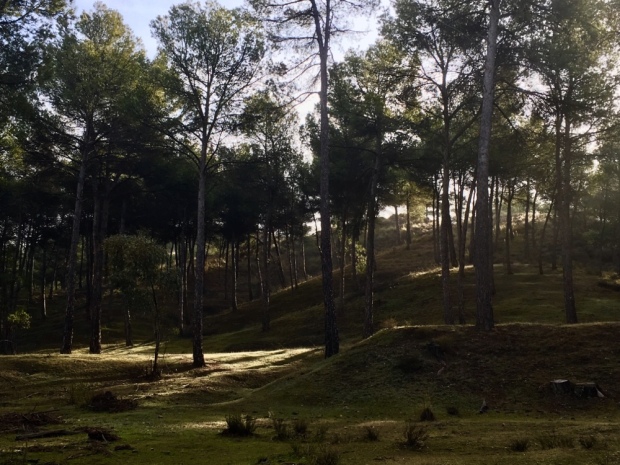 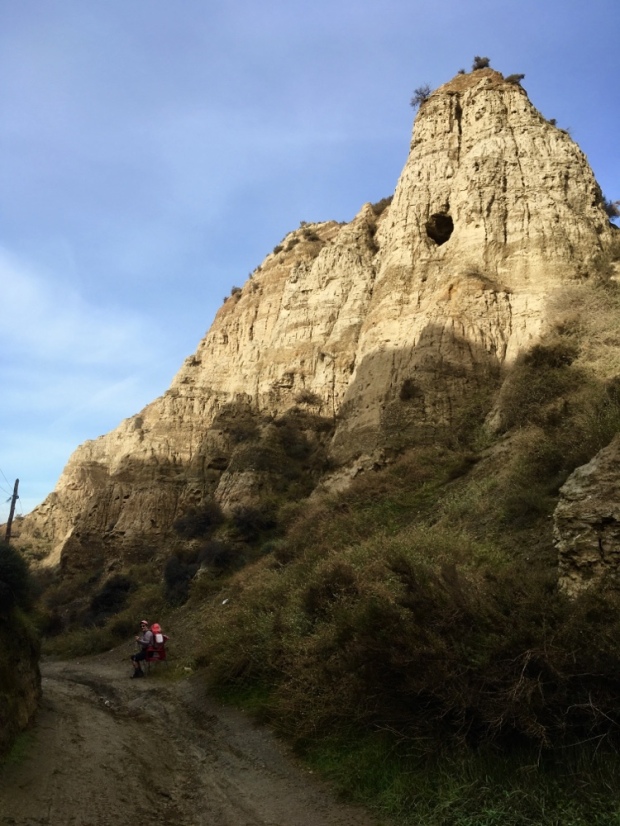 The old abandoned holes became transformed into a thriving housing sector very shortly when we arrived into town. We had wanted to see the inside of a contemporary cave and the opportunity arose almost strait away with a three story museum right on our path. 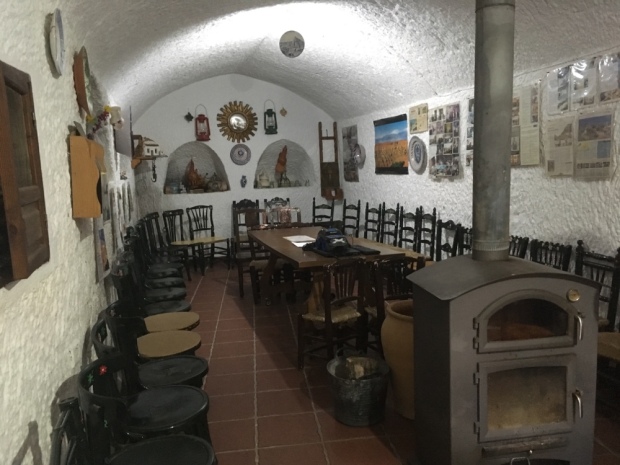 The owner explained that the cave houses, with doors and windows shut were pretty constant about 16 or 17 degrees maybe 18-19 in summer. And even in the terrible rain and floods of the recent Storm Gloria the houses stayed perfectly dry owing to the iron content in the fine clay. The structure of the material is such that the ceilings ,and all inside spaces, will hold up as long as the rules governing proportions are adhered to. 40% of the people in his town live in caves and most of the good clay hills have been used. But there is a lot of renovation going on- and some expansion. Must be tricky when your extension is over someone’s bedroom. It would seem a logistical and legal quagmire but he seemed to see no problems and thought it an ideal building method. Another bedroom? Dig away! Another story? A little trickier but no material costs! 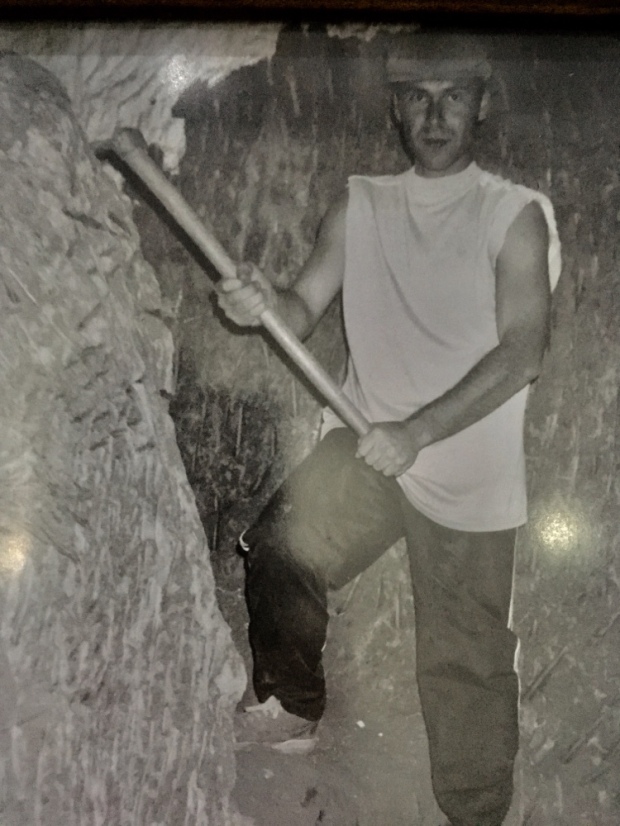 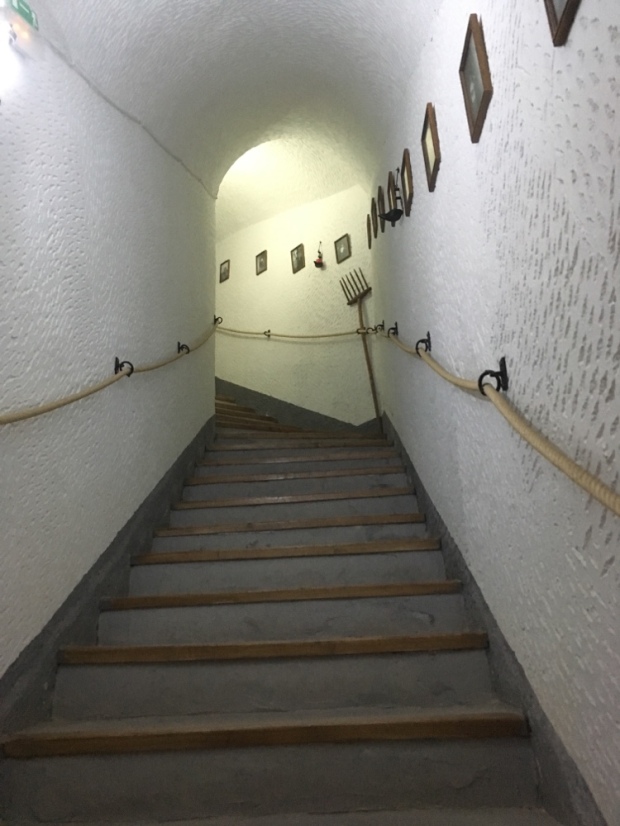 The middle floor was laid out as a home of maybe 50 years ago and the final, upper floor was stuffed full of ethnological artifacts.

We’d spent too long there and hurried on, on paths and tracks between small fields of fruit veg grapes and grain to Marchal, another troglodyte town that was making great efforts to be attractive to visitors and especially, pilgrims. 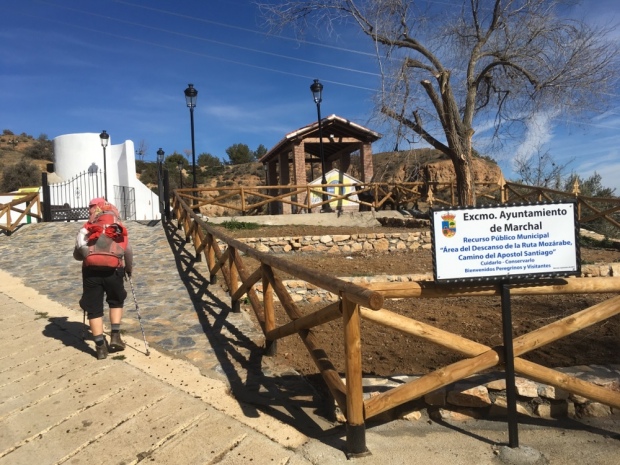 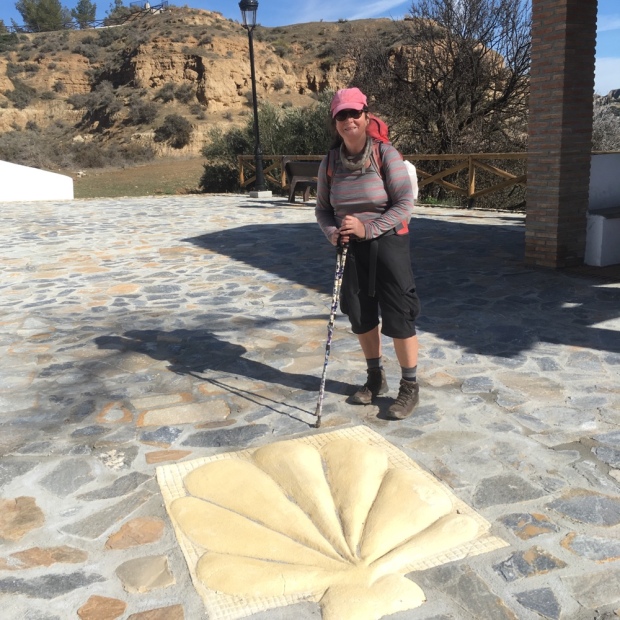 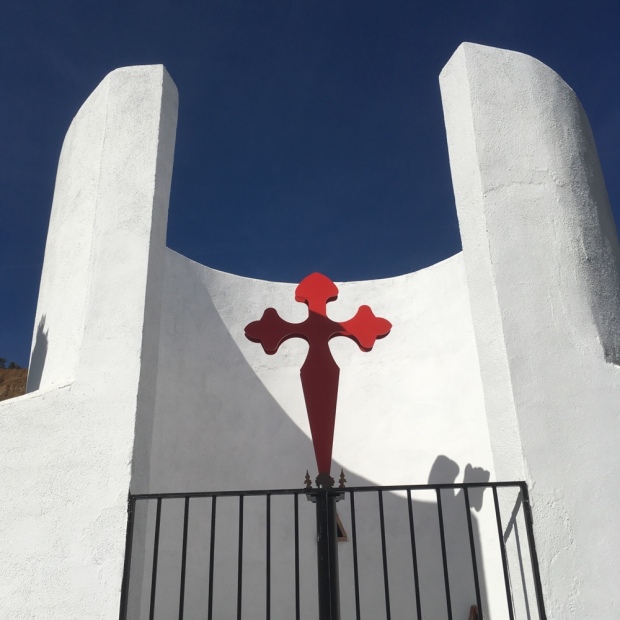 A high road past amazing rock formations and lovely wood and farmland with bueno vistas took us up in quick succession to Los Banos, with a wealth of hotels and hostals servicing people who come to “take the baths, (there are hot springs here but not accessible to us unfortunately), and Graena where we had a look at the 15th century church and shopped in our first cave supermarket. 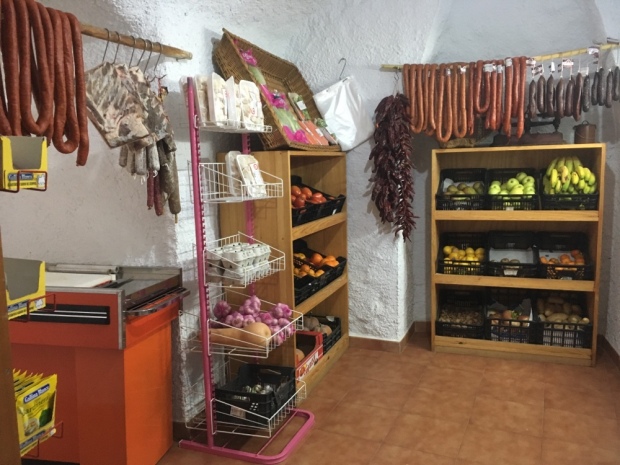 A long riverbed track past mostly grapes and cave bodegas and then too much hard surface tarmac road- although the dramatic views made up for it- and we had made it to the 150km marker. 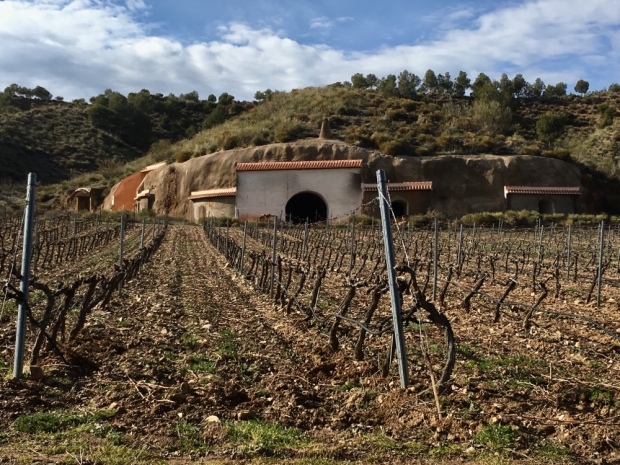 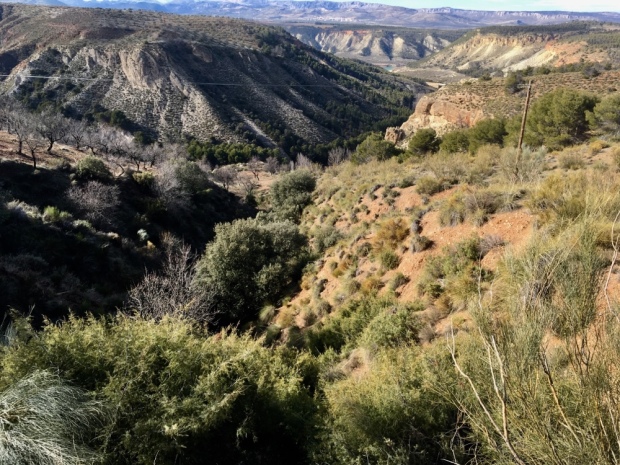 Finally La Peza came into view- and we left the tarmac to switchback down a steep mud track into the village where the albergue in a municipal building was cold but the local bar served a hot lentil stew. 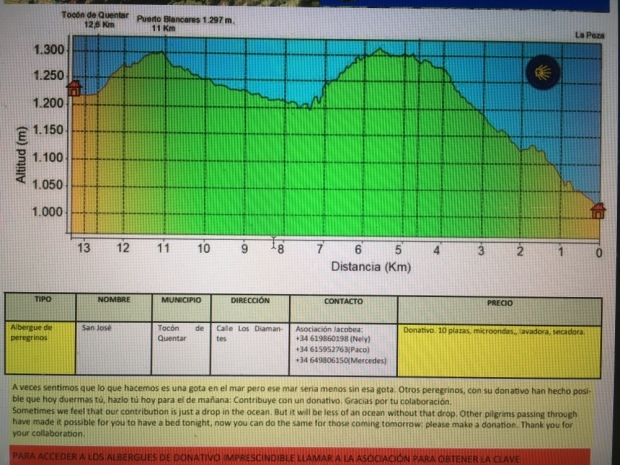 We had decided to take two shortish days rather than one really long one to Quentar. This meant climbing up to 1200m again, splitting off from the usual route to Quentar to go to Tocon where the Camino Association in Almeria have procured and done a lot of work to a house and made an albergue. Then after another few Kms the original route is regained the following day. Nice and easy.

So it started with a long climb, but yet again the weather, the views and the interesting country made it a joy. So much so that I sloppily played Louis’s “Its a wonderful world” as we went. 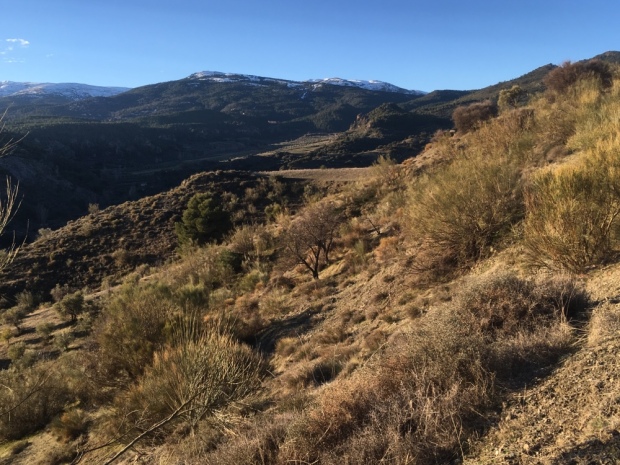 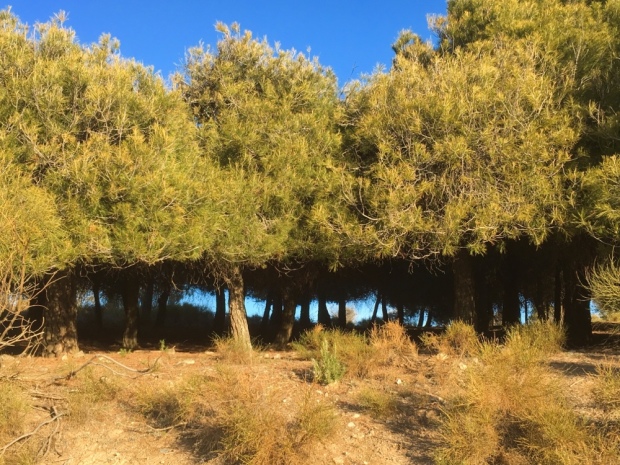 The route was also shared for quite a way with horses, as this was the first designated riding route in Granada province, and we past one of the resting places with a newly made drinking trough. 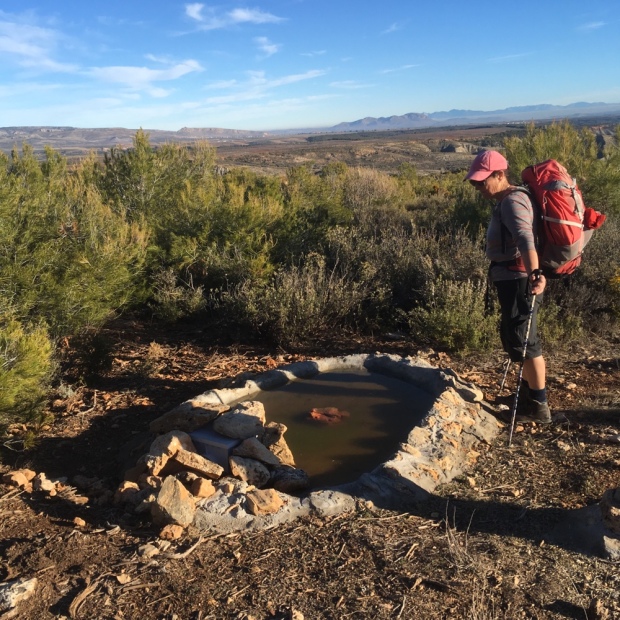 Descending again for awhile we joined a stream bed beside a road that wound its way up through rocky woodland and jutting monoliths of talc(?) to an altitude where the snow still held on. 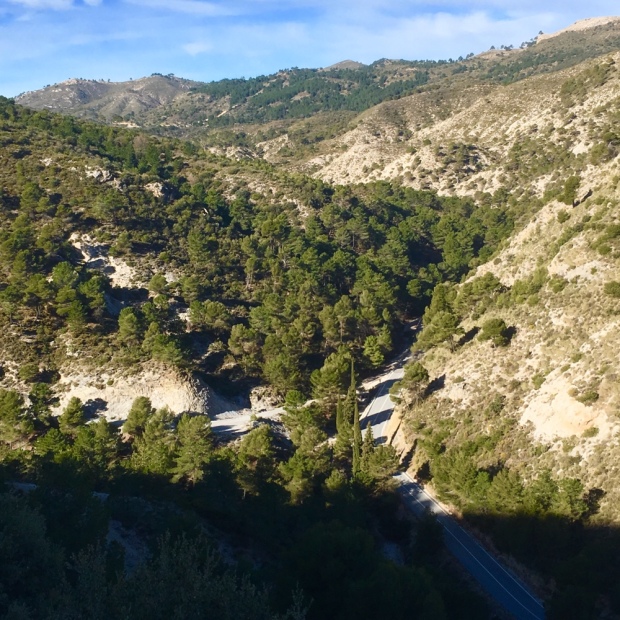 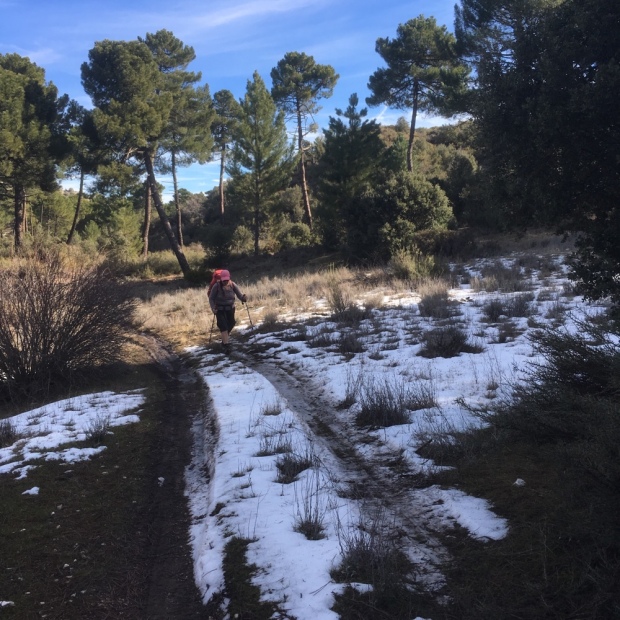 At the pass of Blancares the routes split and we made our way the couple of km to Tocon down a charming path with newly made wooden post and rail fencing. The tiny village is in an idyllic setting, with clear mountain water running through- supplying plenty of fuentes. The steep concrete road led us to the albergue on a sunny terrace with views to the mountains and the local bar, the only source of sustenance available, a few yards away. A great place to rest up awhile. 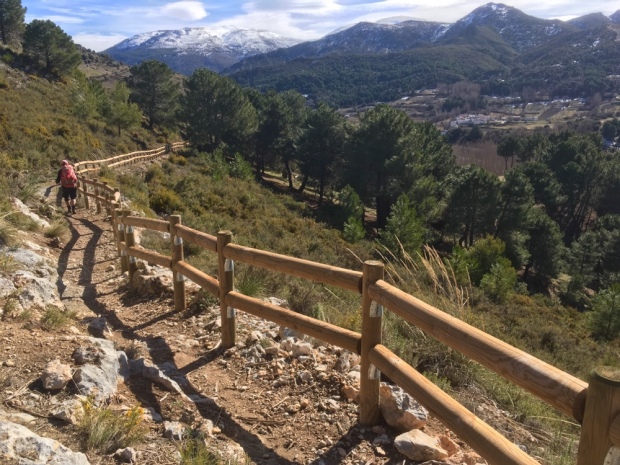 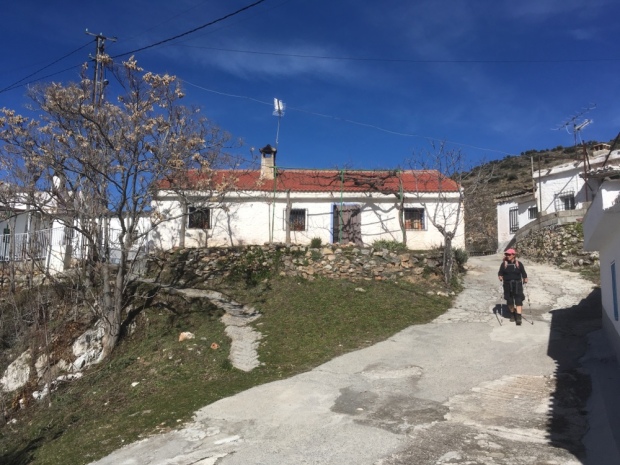 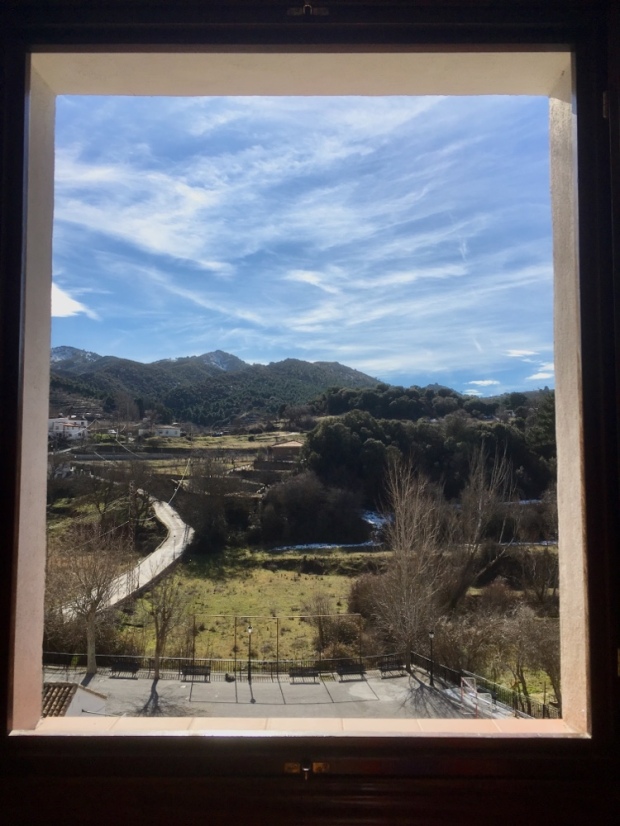