Our last day on the trail was the toughest with long stretches of deep soft sand traversing the most extensive consolidated sand dunes in the whole of Portugal. It was another reason we had started in the south with a short and easy acclimatization to track life.

Our day had started early to claim as much cool as we could. With all the advice against hiking here in August we had been careful, and lucky, with unseasonable temperatures in the high 20’s rather than 30’s.

Passing through the unfinished developments at the edge of town, strange plants emerged from the gloom.

The overnight sea mist had left its deposit of moisture and the snails were out in force, covering the bushes and making abstract art of their trails in the sand. 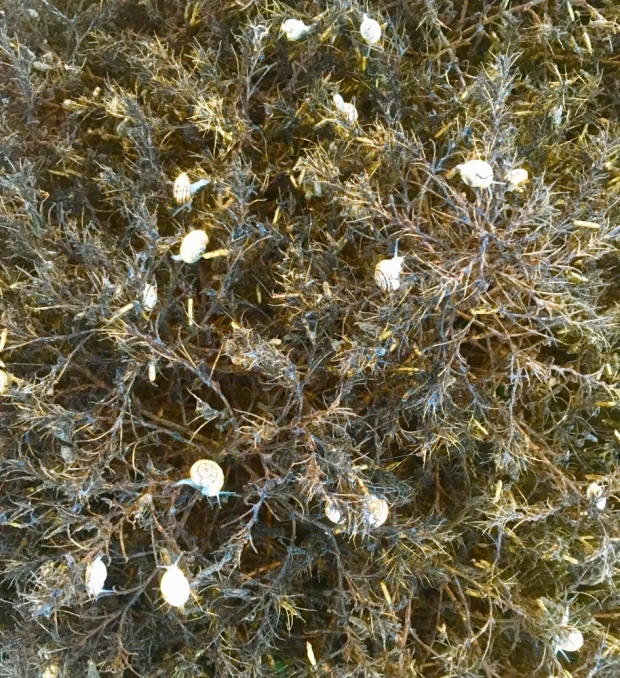 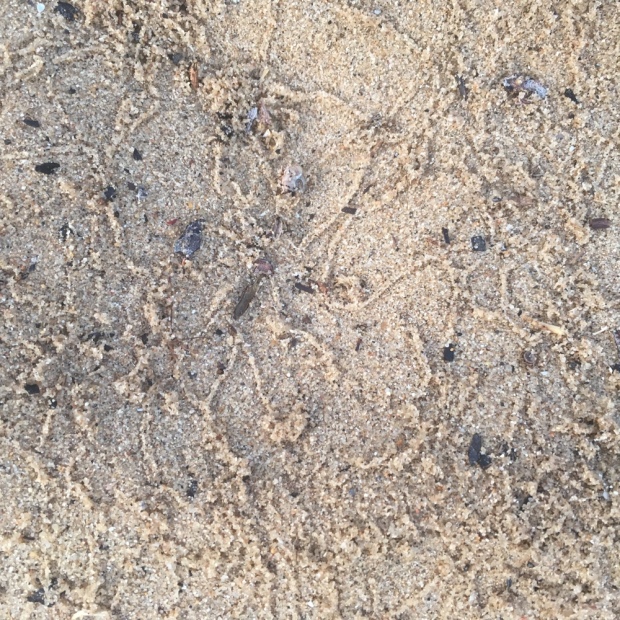 After a couple of km we heard boat engines and watched a fishing boat make its way out of the harbor at Porto das Barca’s through the mist.

As the sun started to rise the warming temperature burned off the mist and the coastline appeared again.

After the last few days of luxuriating in the macrocosm of the wide open spaces and dramatic headlands of this beautiful and undeveloped Alentejo Coast I started to appreciate the microcosm of the plant and rock formations. 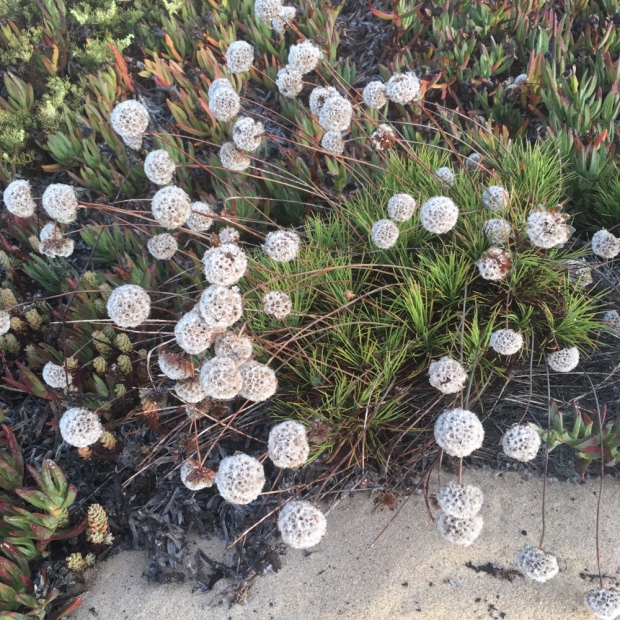 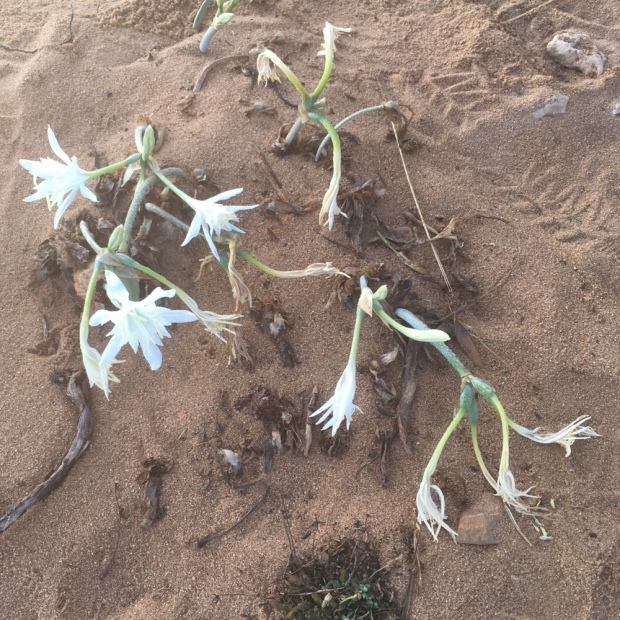 I think I’d would be fabulous to be here in April or May when there is a carpet of flowers although with so many evergreen species there is always color when a lot of Southern Europe is a uniform burnt brown.

The scent of the various herbs has also been a delight as well as the familiar heady aroma of hot pine needles and the invigorating briny sea smell carried of the spray.

Our aural senses had been satisfied with the constant rhythmic thud and crash of the breakers, the calls of the seabirds and the only vehicle noise was the low hum of boat engines carrying far across the waves. 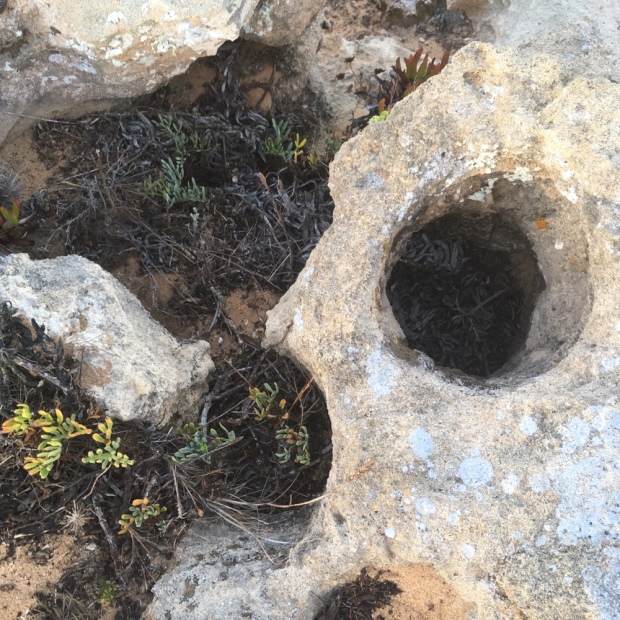 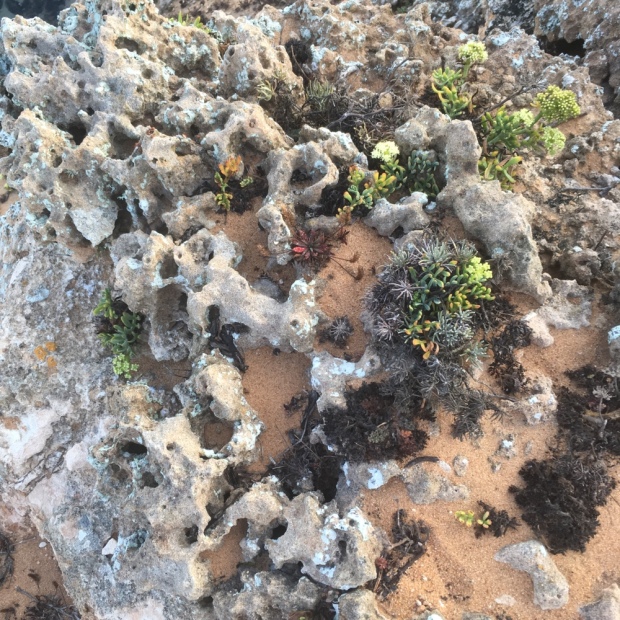 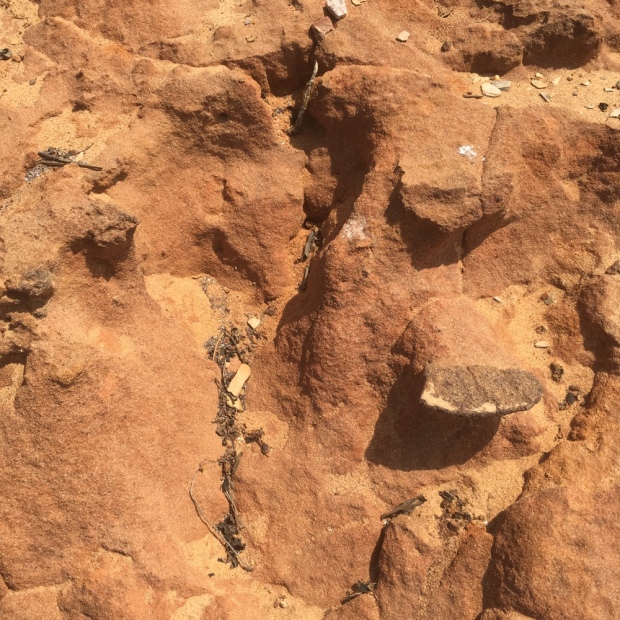 The rocks told tales of rising and lowering seas and coastline with massive contortions of strata witness to upheavals over millions of years. At times the beaches were 60 miles out into the current waters and yet sometimes we were walking on a bed of coral and shells on the cliff tops high above the sea.

Everywhere were little paths threading down to the fishing rocks on impossibly steep routes. We saw ladders and ropes to aid the fishermans descent and large encampments on very remote beaches. How they got all their kit down and back up was beyond us. 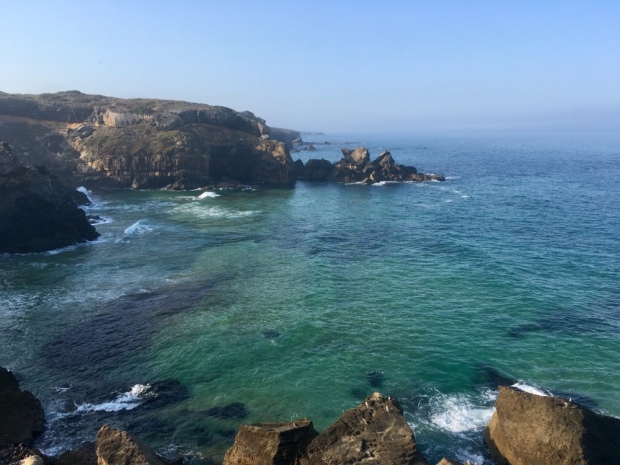 There is a guy fishing from the very end of that far spit of needle like rock in the last photo.

The white stocks also had precarious perches although with very good defenses building their stick nests atop towering sea stacks.

At Angra da Barrela the birds and fishermen came together on a rocky limestone headland lined with men and rods in a landscape very similar to Blackhead, at home in the Burren, another- different – fishing spot. 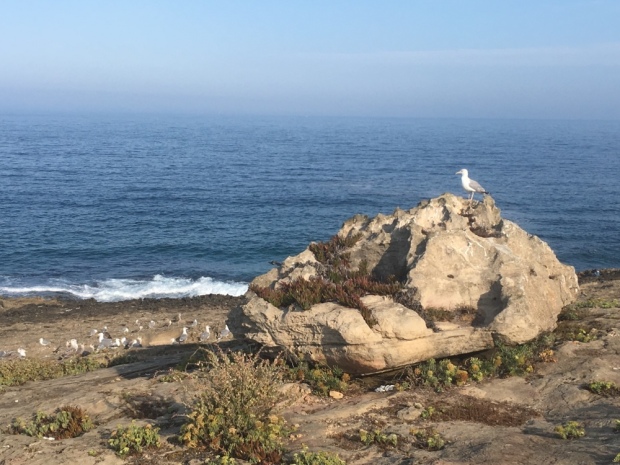 But it was the cliff top paths across the rugged headlands though the endemic plant life sculpted by the sun, salt and wind that was truly a joy, although the sections of deep sinking sand were slow and hard. 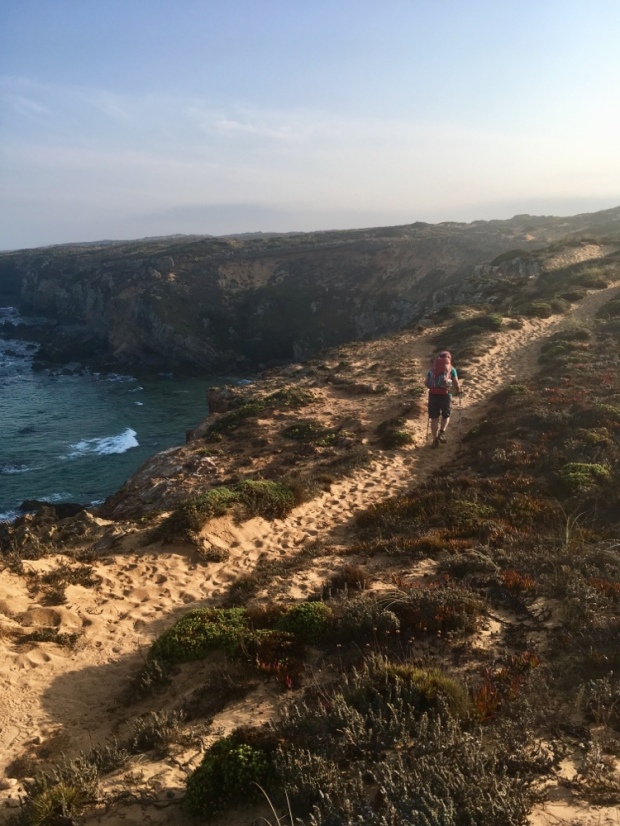 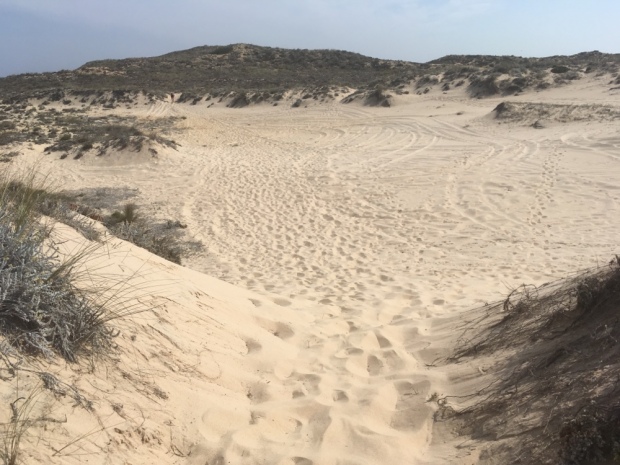 And of course the fabulous beaches with the promise of cold water immersion in the heat of the afternoon were a treat keenly anticipated as the sweat dripped. 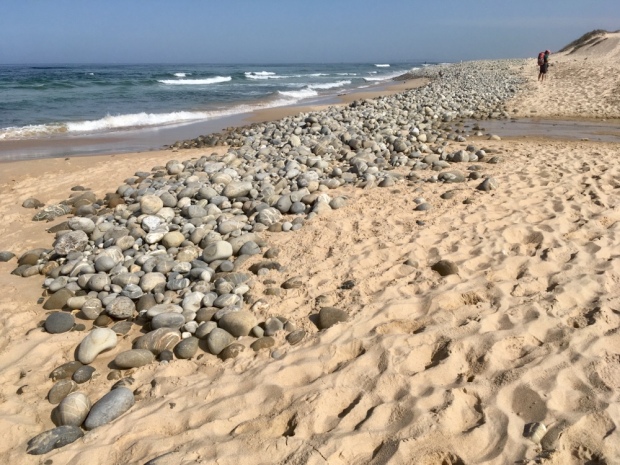 We stopped for lunch in the bar restaurant next to the fort above the island protected beach of Ilha do Pessegueiro- hanging on to our last couple of hours on the trail.

The fresh fish available on this route is another plus. In fact the eating alone could justify a visit to the area. There appeared to be a culture that recognized the value of good, fresh, local healthy food- and the wine was also very quaffable! The variety of cheap fruit, veg, fish and shellfish in the markets of small towns and villages was remarkable.

A last swim and we continued the final couple of km to Porto Covo passed a tiny beach where a couple of lads were working on a piece of land art. Probably the creators of the pebble spiral maze from the day before. 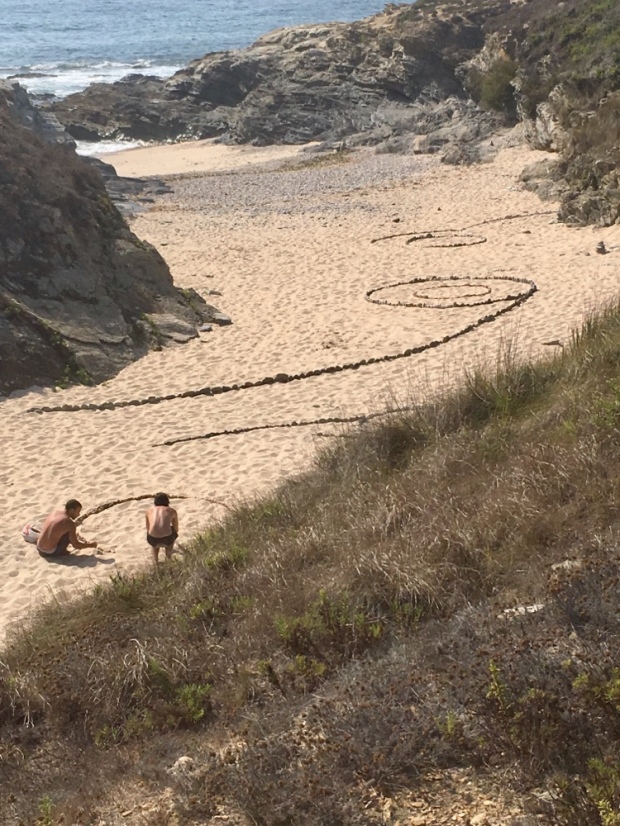 And so for us the Rota Vicentina , ” The last coastal wilderness of Southern Europe”, was a great discovery, and after buying the official map of all its varied routes, one I’m sure we will be returning to.

Our host that night said the hostel had one rule.

Leave your stress at the door.

We had left ours a long way back down The Fishermans Trail.