Last night the wind settled a bit, the clouds cleared and I lay in my bivvy looking up at an infinite number of twinkling stars above me, and watched them circle slowly through the sky as the night wore on.
Up in the half light, the flashes of the lighthouse intermittently revealing the way ahead, I climbed steeply through the lava fields up to the road I had been left at the night before.

It was a fine clear morning and the clouds seemed to be off the top of the mountains but still a strong wind to struggle against. 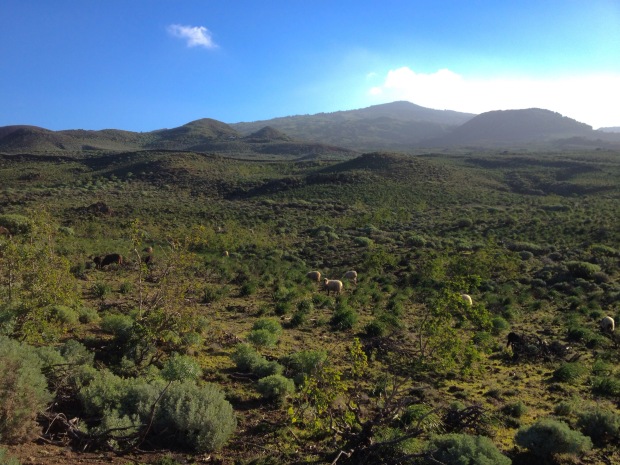 Leaving the road I continued to climb on a rocky path up through the lush vegetation, passing a few simple cave houses, to the Ermita de Los Reyes.
New Year’s Eve 1545 a boat is becalmed off the coast where the faro is now. The sailors row ashore and tell the local shepherds they have no food. Food is exchanged for a statue of the Virgin Mary and when the statue leaves the boat the wind picks up and they sail away.
The sheperds are very pleased with the statue, place it in a cave for 20 years then build the capel for it.

In 1614 there is a terrible drought and other folk remedies and deities having failed to sort things out the statue of the Virgin Mary is carried to the capital, Valverde, whereupon the heavens open and disaster is averted.
Even since thousands of pilgrims have re enacted the event every 4 years. 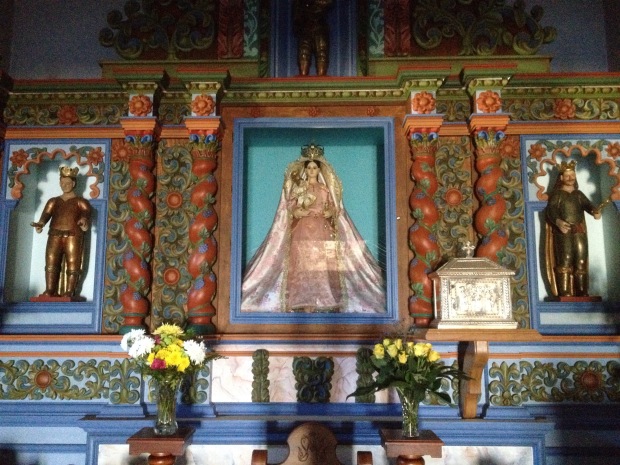 Struggling ever higher the landscape grew greener with real grass and cows sheep and goats that were free to roam. If it wasn’t for the presence of many volcano craters it could have been Galway. 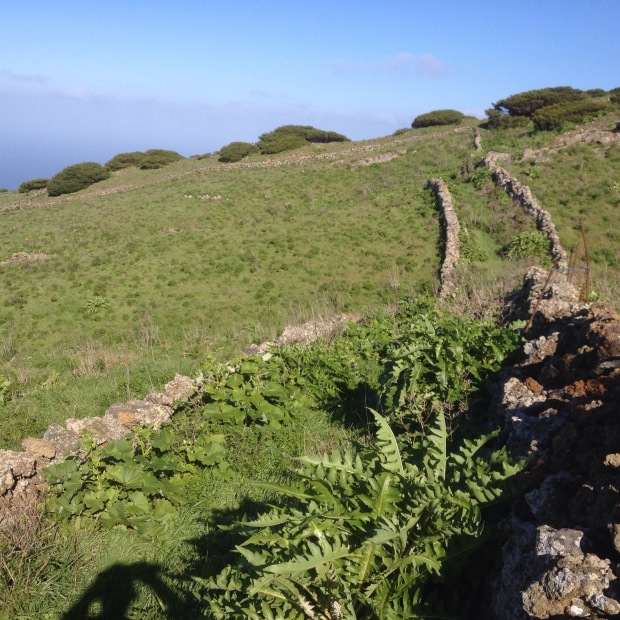 I reached a point where I could see over the northern side of the island and the village of Sabinosa I’d got the bus to.

At this point I was at 980mt, but still had to climb to just over 1500mt.
At about 1200mt as I was huffing and puffing my way up a miraculous vision burst upon me. No, not the Virgin but three beautiful fit young Lycra clad Spanish women running down the track and smiling sweetly as they passed. They were soon gone leaving only their fresh perfume in their wake.

Then things started to get cold as I got up into the cloud passing the Cruz de Los Humilladeros at 1220mt. 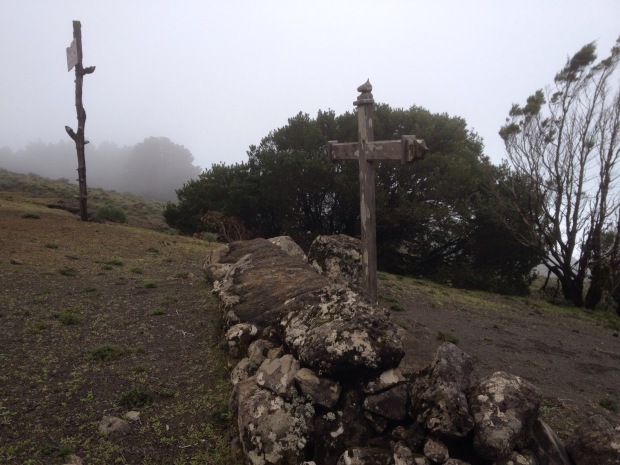 Untill eventually after working my way up a bare ash slope with the wind howling and the cloud and most swirling I was rewarded by the views from the top of El Hierro, Malpaso. 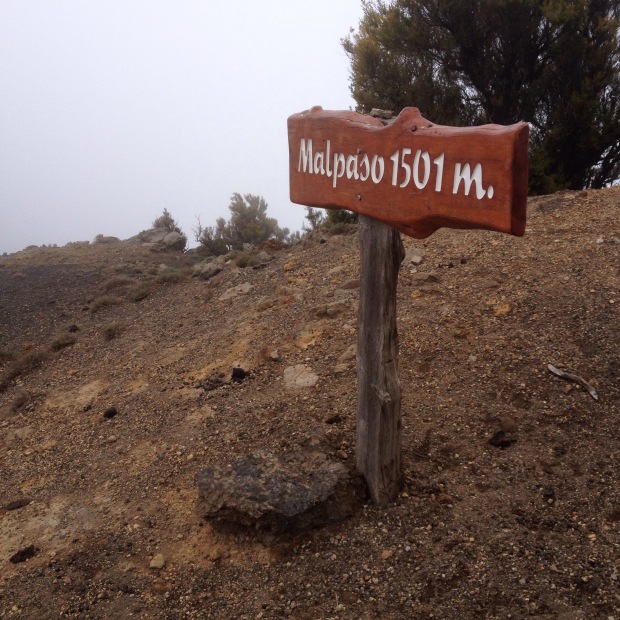 Ah well at least it was down hill from there. Although not a lot and not very rapidly. The cloud did part from time to time allowing snatches of views to the south.

I finally got to the end of the day’s stage. It had taken me 9 hours and was supposed to take 7. I blame a heavy pack and a very strong wind against me. Trouble was I was still in the cloud and still cold and didn’t facing camping there.
I decided to carry on another 9km to San Andrés where my phone told me there was a Casa rural and an Air B+B so hopefully I’d find a room.
I couldn’t.
But I had a good meal with a Norwegian couple and a taxi to a cheap room in Valverde for a hot bath and warm bed.