A cosy night in the outhouse listening to more howling wind outside was followed by a morning climbing. First on tarred road then dirt track followed by sandy trails and earthern paths and wooden steps to reach a road at over 1000mt. 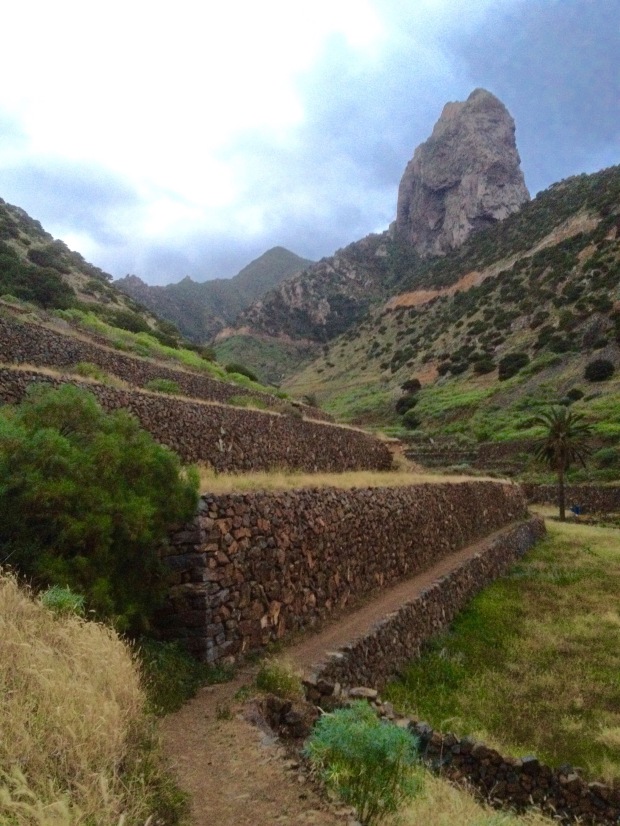 The town had an imposing lump of rock hanging over it and fantastic flowers clung to the walls above the road into the mountains. 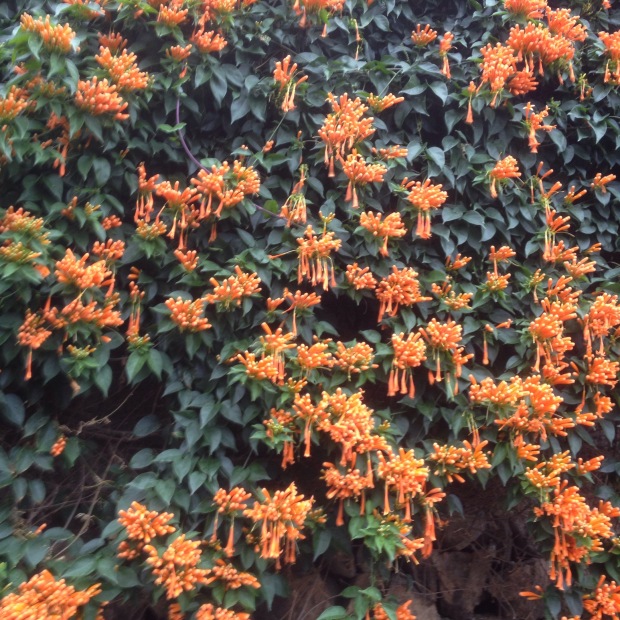 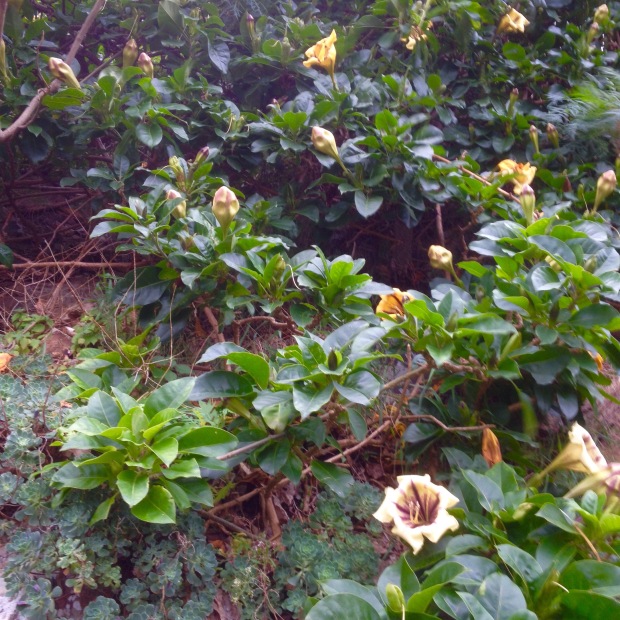 When the tar ran out the tracks weaved their way steeply back and forth past more and more isolated terraces and fincas. Eventually the farms ran out too and the narrow path plunged into dense vegetation to emerge every so often to ever higher viewpoints. 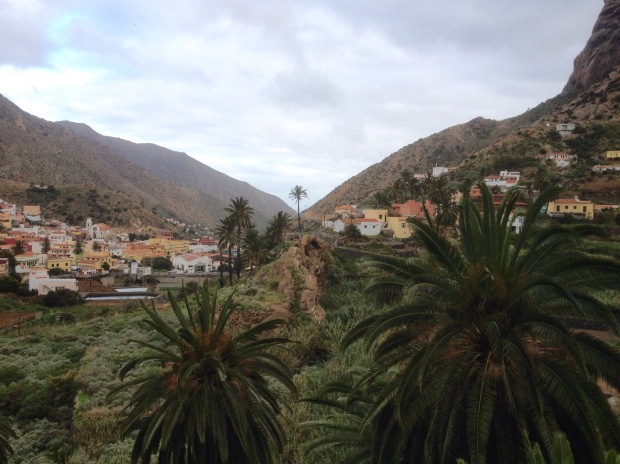 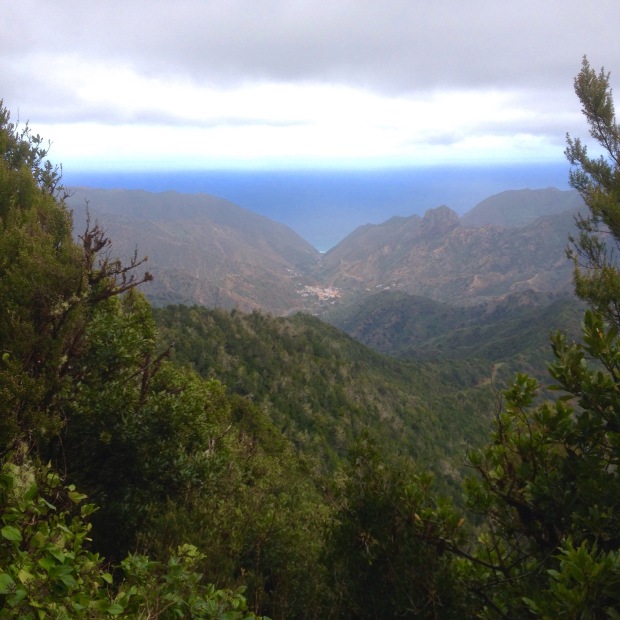 The cloud was on the mountain tops but they were still a fair bit higher and I was grateful for the shade they provided as I walked the varied ways. 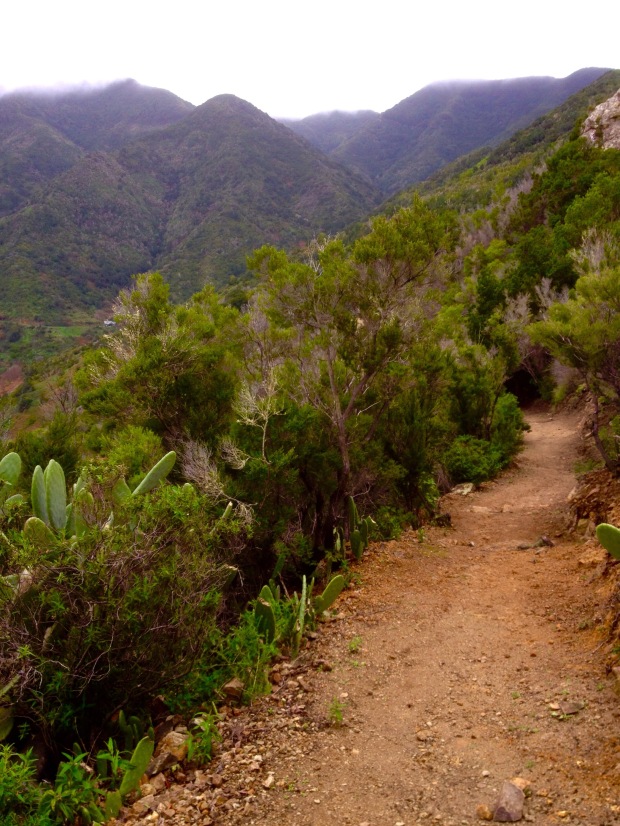 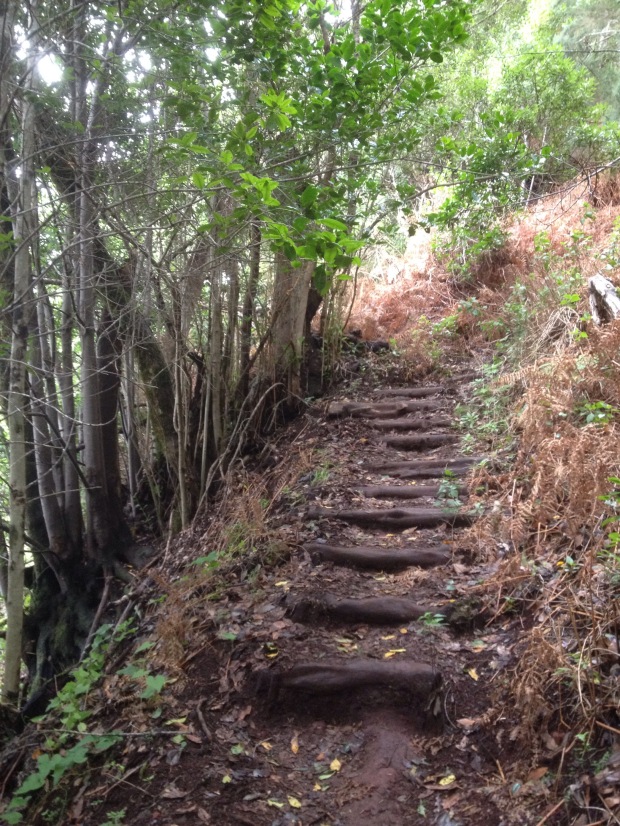 I entered the Parque Nacional de Garajonay, the protected area taking up most of the highlands and containing the largest juniper forest in the Canaries.
But I was in the giant laurisilver cloud forest where the common mists dressed the trees in garlands of dripping lichen. 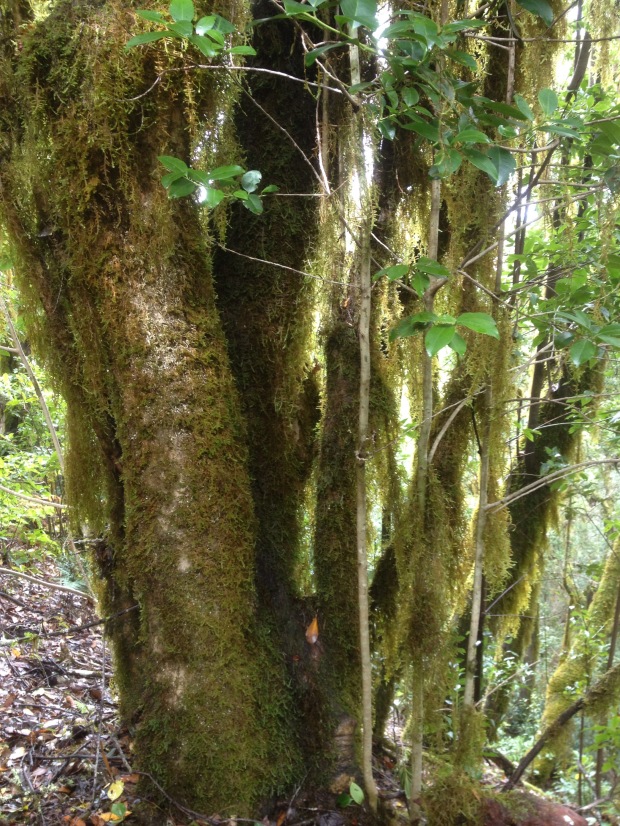 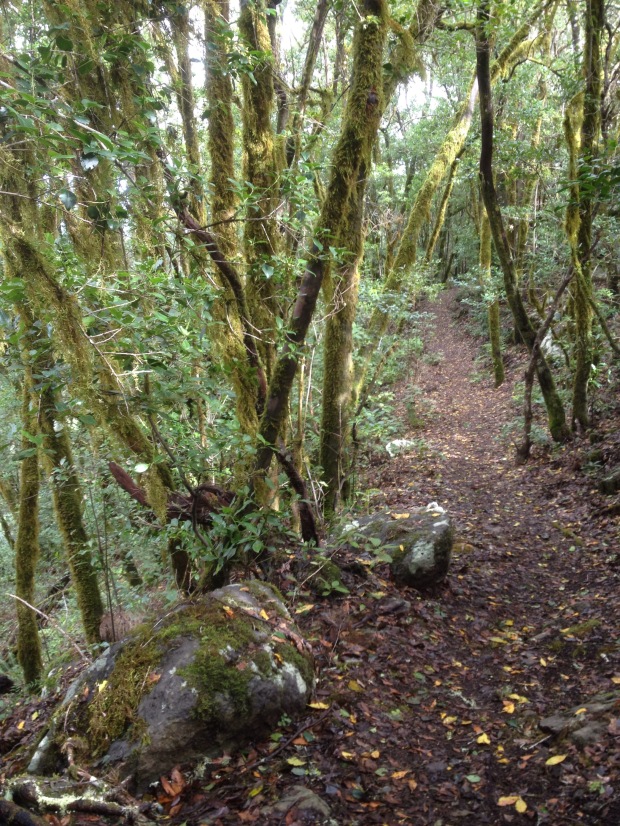 Once I had reached the high road I had to share the nice gently flat trails with many other hikers, and there were many other trails signed to left and right. 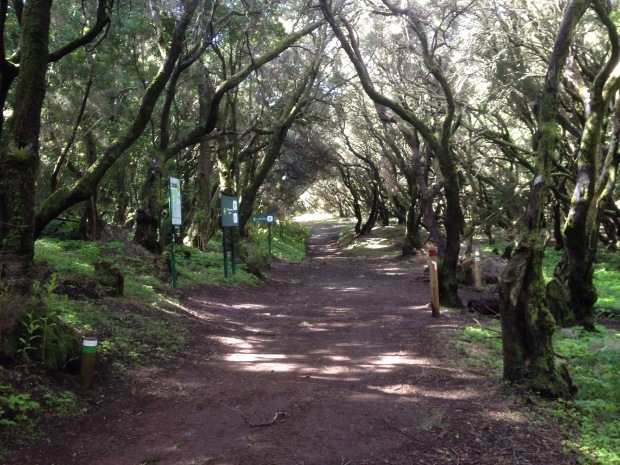 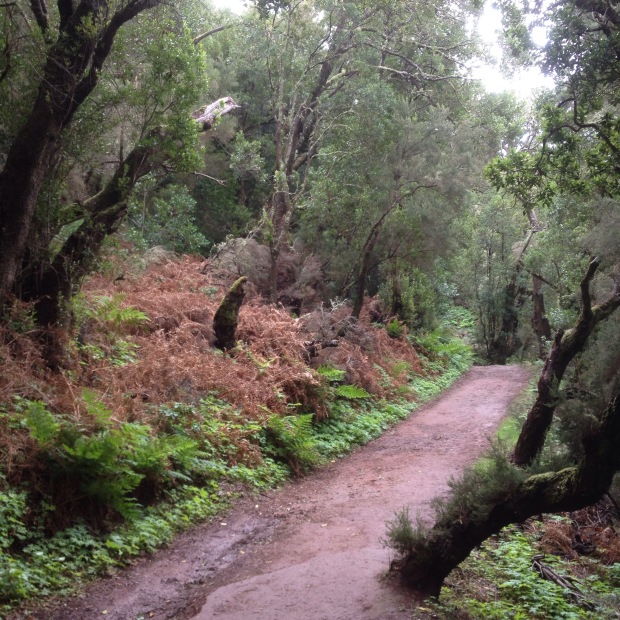 As on El Hierro I had entered the cloud around 1000mt and it was wet and cold enough for waterproofs and gloves. The sun was tantalisingly shining brightly behind the thin veil of misty drizzle which would wear out every so often to let the light shine through.
At Las Hayas it was bright and warm momentarily 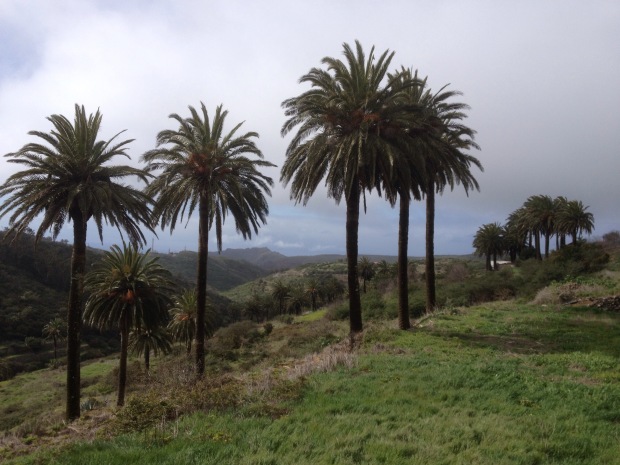 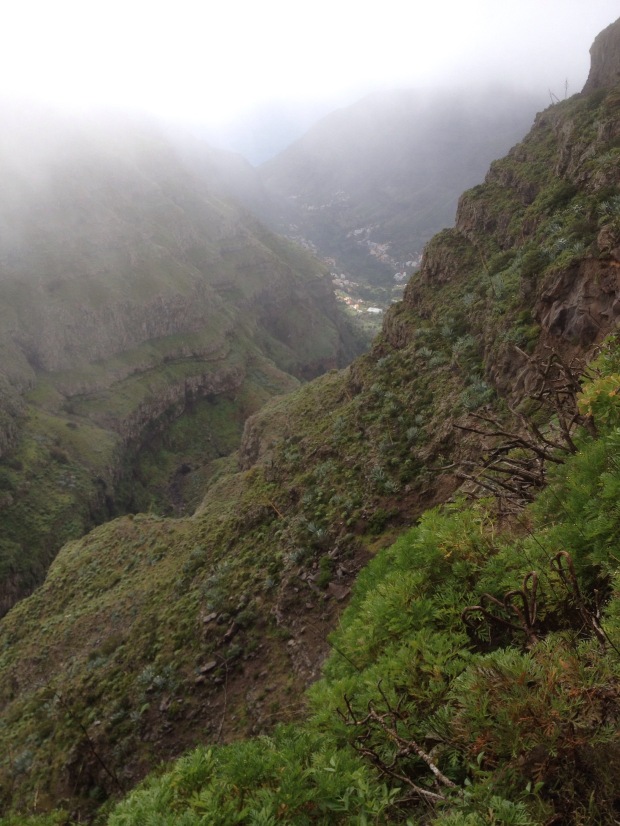 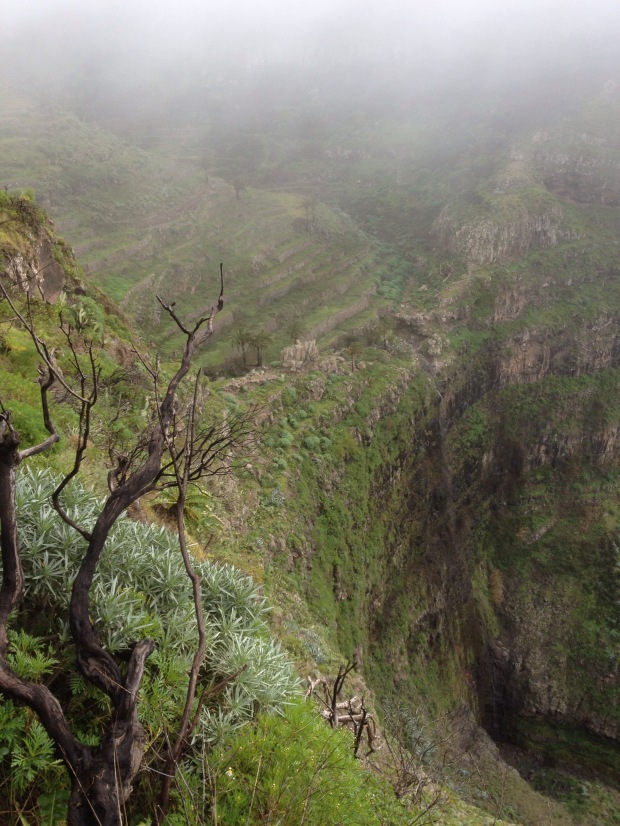 A narrow stone paved path led down a cliff edge and across a pretty stream bed through terraces overlooking the gorge of Valle Gran Rey. 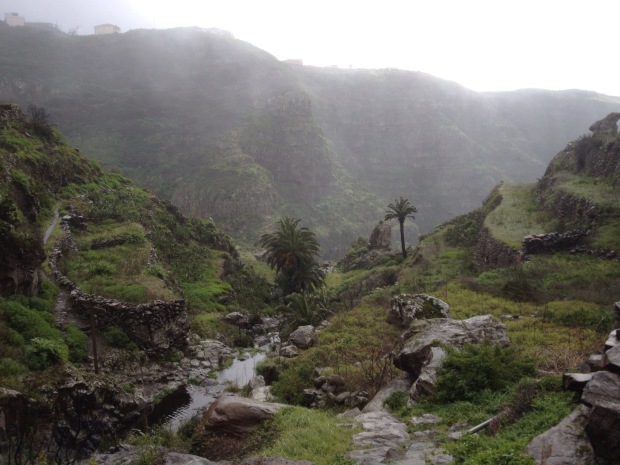 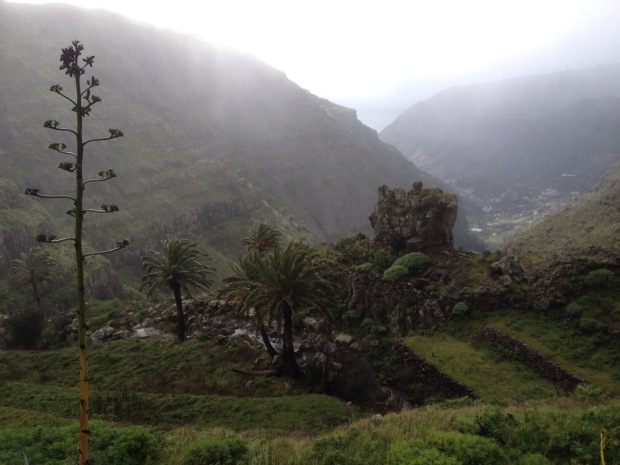 With the rain and mist still swirling around and after another 1500 mt climb it was with relief that I walked into Chipude, past the communal washing area. 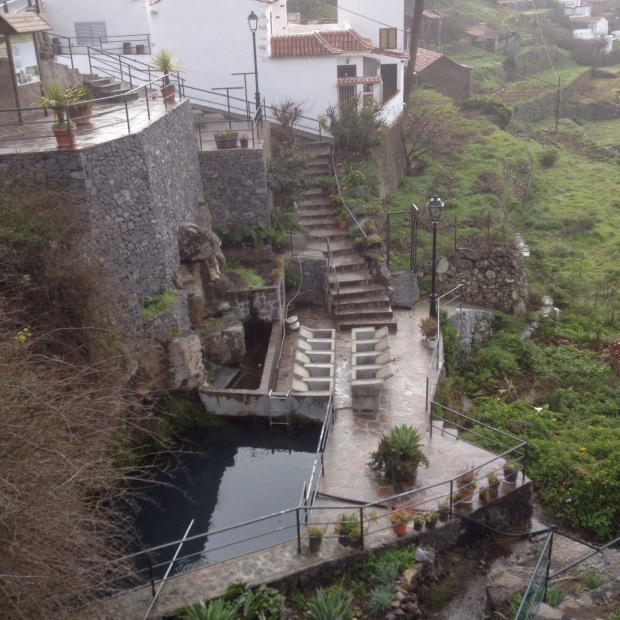 I was glad, with the cloudy and damp conditions to have a bed awaiting me in the hikers favorite Hotel Sonia but the cod and wet couldn’t take away the beauty of this isand and in the sun I imagine it could look like Shangri La.