That was my camp on Fri night, up in the pine forest overlooking Puerto Cruz. There must have been a fiesta going on because I could hear drumming and fireworks. It looked strange because the cloud came over the city again and it was under lit glowing orange and white with flashes of colour when the fireworks went off.
It was a cold night up there and a cold start in the morning.
Down and down through the pines and into the laurel, tree heather and broom of the lower slopes in the cloud forest. And sure enough there was the most. 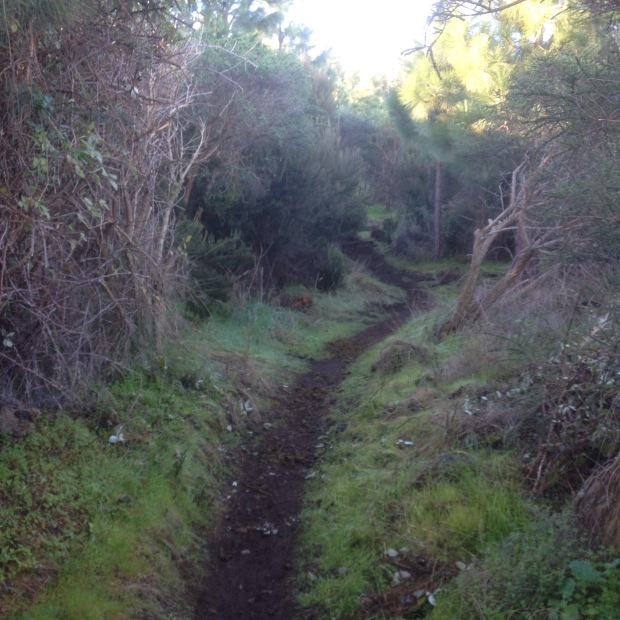 And wet grass- probably of no interest to you but I hadn’t seen any since El Hierro really.
There had been a lot of work done on the track. Clearing of bushes and rocks. It amazes me to think of all the upkeep and effort put into maintaining these trails. Fair play.
Coming down on the north side of Tenerife was like entering a different island. Moist dewy grasses, brambles, bracken and spuds growing in deep rich brown soil.

There were passages down the slopes made of log steps, seemingly a favoured track material on this side of the island as I was to see hundreds more. 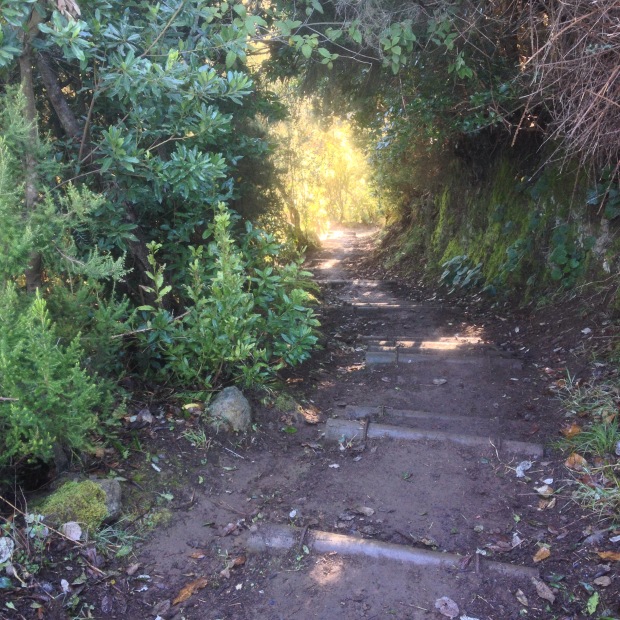 I had been looking forward to some fresh water at the Fuentes y Cruz del Dornajito, a well known stop off spot for travellers for century’s as the only spring on the way up to Mt Teide.

I couldn’t find the spring unfortunately but soon I was accompanied by the sounds of burbling water as I walked beside a big covered acequias. 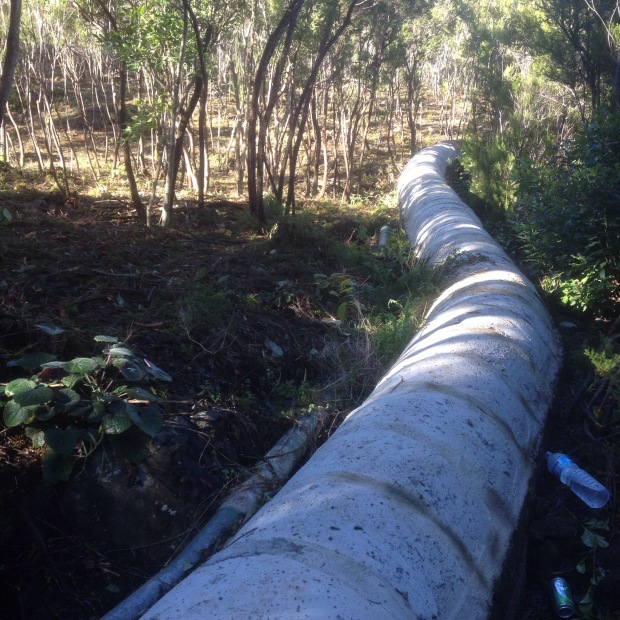 I was passing through a large area of laurel woods that had been thinned and cleared and I could hear the shouts of the workers as I went.

After what seemed a very long time, convinced I must have missed a turning somewhere as there were no trail markers, I eventually came out where I should have done surely proving the vast length of the Spanish kilometre.
Up to LA Caldera a so a recreativa set into a circular volcano cone where there was a restaurant for me to stock up a belly full to laste the next 24 hrs or so.
What comes down must go up again it seems because the next section had a 1000mt ascent involved.
It was 30km to the finish from La Caldera so I wanted to get at least another 10 km under the belt before camping. And with a good dinner in me, a fine day, what could be easier?
Within a few hundred mt I was confronted by a sign saying track was closed due to bad conditions.

After a discussion ( kinda) with some Spanish ladies about the dangers ahead I carried on around the red tape and soon came upon a big rockfall. 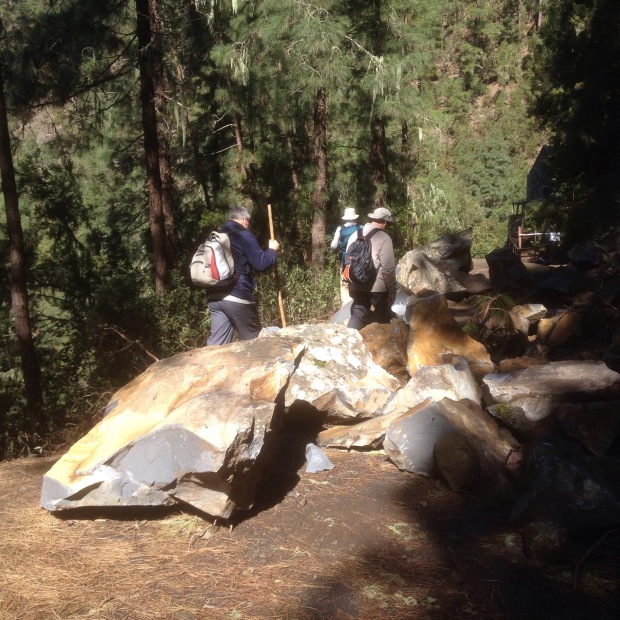 There then followed a good 3 hours of pretty hard going trail. Very steep in places, quite a few more rock falls and lots and lots of wooden pole steps. And wooden pole fencing over long stretches with long drops next to the track. Some of it was pretty dramatic. Towering shear cliffs with steps zigzagging backwards and forwards across them.
There were big trees in the woods and views out across the cloud with Teide still hanging in there.

There had obviously been some big winds because there was a lot of debris from the trees everywhere. Branches, cones(big) and clumps of giant needles(bigger) all of which made me a little wary of camping beneath them all.
But needs must, and with twilight approaching I found another little flat knoll to put the tent up on and sleep for 11 hours straight. 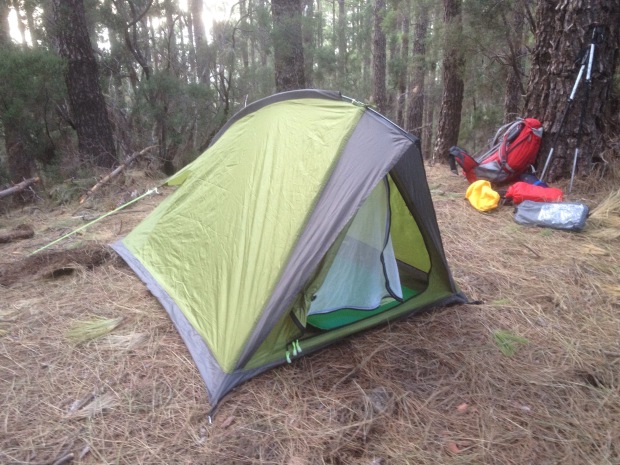