The journey ended, as it began, at a lighthouse in a desert.
I was glad I hadn’t gone last night down the prescribed route of avenues, roundabouts, shopping centres, hotels bars and restaurants to finish but had instead run the gauntlet of all of the above from my room in San Fernando to the sea but then had walked across the Dunes de Maspalomas for the last few kms of my journey to the Faro. 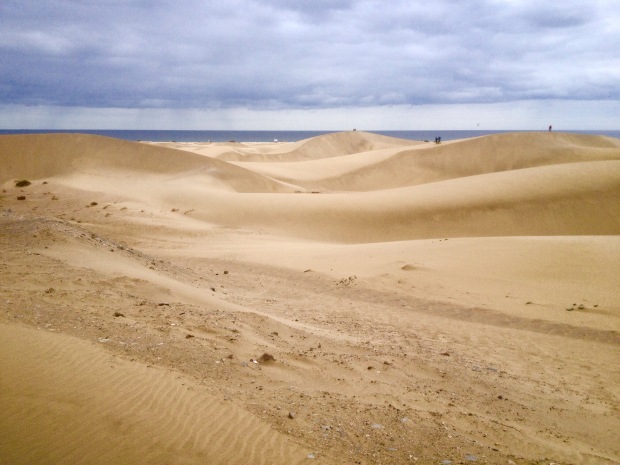 It seemed fitting to finish as I had begun, with sand in my boots and to end at the beginning.
Although more tame and controlled and busy with tourists than the desert surrounding the Faro at El Puertito on Fuerteventura but it took me back to hiking on the soft yellow sand there and to muse on all the other surfaces my boots have been over on all the seven islands of the Canaries I have experienced since.
Sand in all its forms, from soft and deep to solidified and calcified, lava of every type, colour and contortion. Black ash, red and grey pumice, pine needles, lush grass, dirt track, fertile earth, moss mud and lichen. Pebbles, cobbles and boulders, concrete, tarmac and the finest of stone paved mule tracks.
But the shifting sands of Maspalomas were a fitting finish representing the final result of the process of erosion of the mountains, born of eruptions beneath the sea, eventually returning to it. 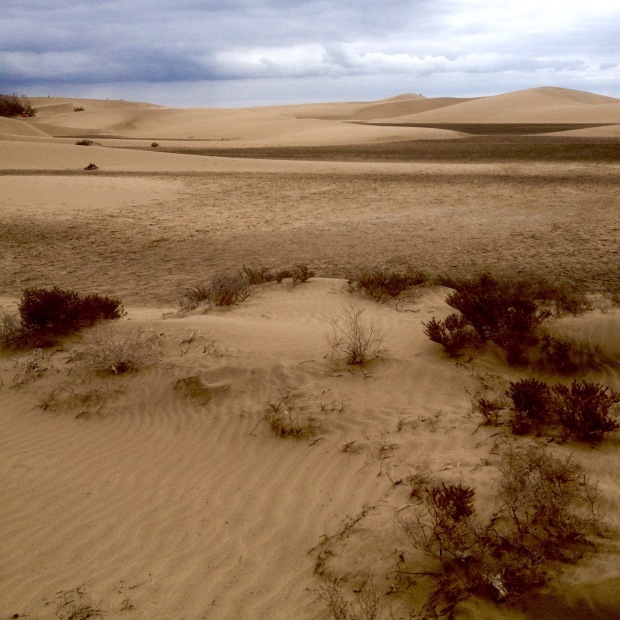 With the lighthouse in the distance I came upon a little mock up of what could have been a Guache ceremonial site or settlement. Just a play thing in the midst of the tourist trappings but their lives on these islands should be remembered.

On past the empty loungers on this grey day to the finish. 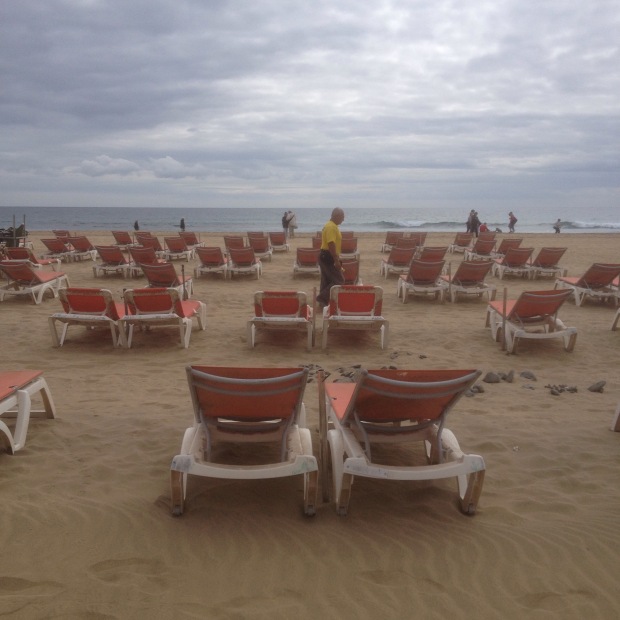 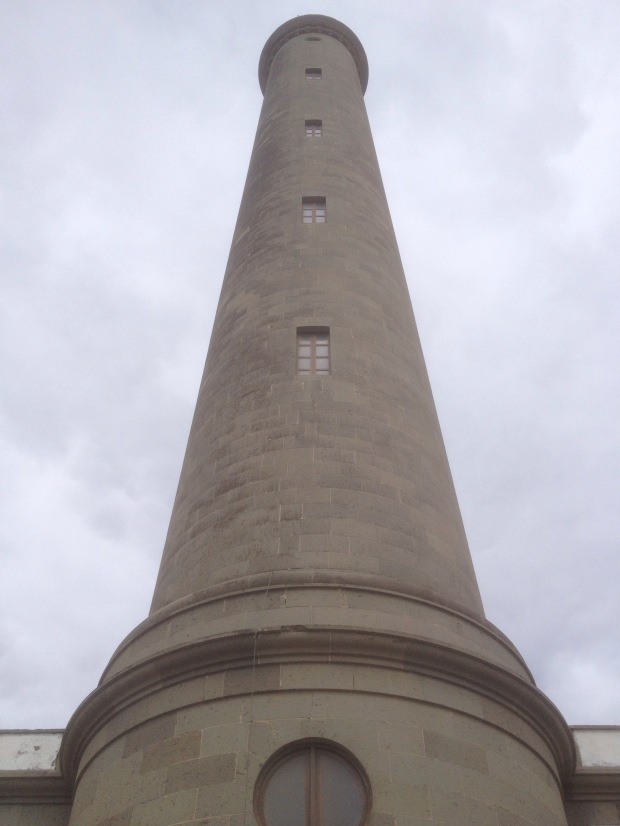 One million, twenty nine thousand, seven hundred and twenty five steps later.
Six hundred and fifty one kilometres.
Five metres short of twenty thousand metres of ascent.
I’ve noticed that most travel- hiking etc bloggers include kit reviews where the latest high tec , high spec, high price gear is given the once over.
My approach is somewhat different. I wanted to show you don’t have to spend a fortune to have adventures in the wilds.
I set off with bargain basement equipment and was wondering about approaching one of my main suppliers, Lidle for sponsorship ( not really but not a bad idea).
My 15€ Lidle tent, although not tested in extreme conditions has done its job well as has my cheap Alpkit bivvy bag.
30€ worth of sale priced Hi Tec boots have lasted better than top brand Brashers I used on the Camino.
The Lidle supplied hiking poles have saved many a fall and fitted into my hand luggage that the Leki never would.
Socks, shorts and bamboo t shirt, all Clivit brand from Lidle are as good as you need.
The Eurohike sleeping bag could have been warmer but I was using it at nearly 2000mt and it was ultra light.
In fact the equipment that let me down the most was the Berghaus rucksack and the IPhone.
So don’t let a lack of top of the range gear stop you getting out there- remember the stuff out celebrated explorers had, and I’m not talking about the ones with teams of porters carrying the champagne and truffles.
This Ramble is over now and I have a few weeks R and R before the next one begins.
At the beginning of March I’ll be starting off on the Camino Mozarabe from Malaga, joining up with the Via de la Plata, and hopefully making it to Santiago de Compostella about 6 weeks later.
If you have enjoyed reading any of these ramblings it would be nice if you left a comment because I have no idea who is out there, apart from my much appreciated faithfulls.
Buen Camino