34km/26km/26km
It’s a time of readjustment. To walking. To walking on my own. To being on my own. After a month of being with family and friends and a few days of hiking with a couple of buddies it’s back to just me and the trail and whatever random encounters are thrown my way.
We left Antequera under a cloudy sky with a view back to the castle and forward to the face of Pena de Los Enamorados ( lovers rock). 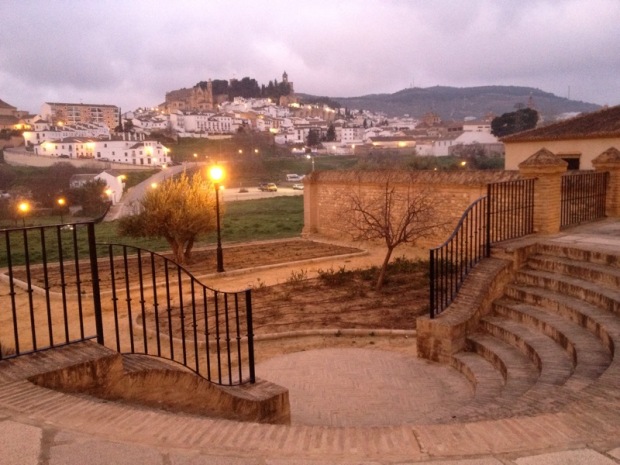 The illicit coupling of Moor and Christrian ended tragically atop the rock when pursued lovers chose to leap to their death together rather than be separated. My friends chose to take the bus the next day.
We were soon across the low lying vega on the outskirts of the city and after crossing under and over motorways were entering the olive growing area that still, a million trees later, dominates the landscape.

We did a fair bit of climbing, looking back to the Sierra we had crossed getting smaller and smaller. Through the single street of Cartaojal and on through miles of olives with the buzz of the pruning chainsaws drowning the birdsong which seems very rich considering the monoculture of the entire area. I guess the olive tree is a better biodiversity habitat than grassland. But the waste ponds by the olive oil factories don’t look good.

After 25km we passed through Villanueva de Algaidas and , with time and energy still available, decided to carry on past the nice looking Albergue another 10km to Cuevas Bajas. Down to the river and then up and up some more past the pruning, hoovering, fertilising and plowing farmers. 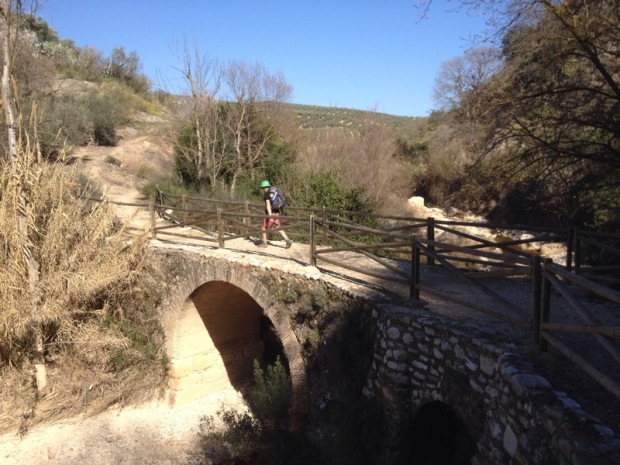 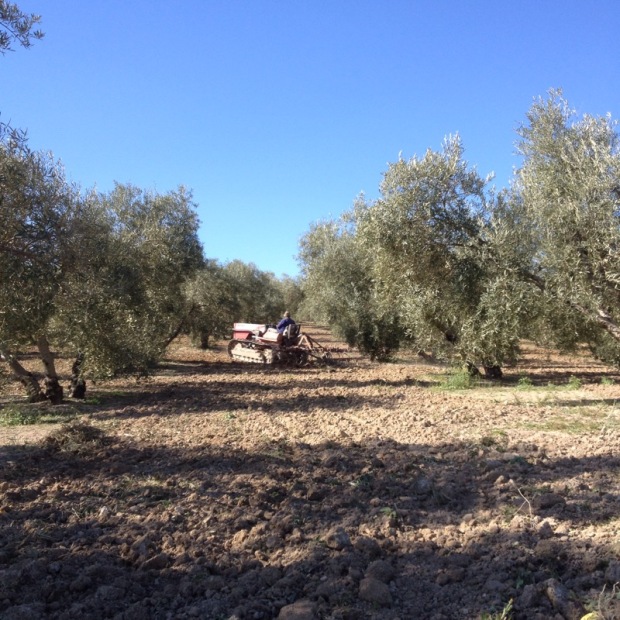 Eventually we crested the ridge at an ancient ruined finca with a beautiful old era from the days when grain was grown here and at last started to descend past almonds in full glory to the old bandit hang out of Cedron, where it looked like they were hoping a bit of restoration would bring in some tourists. 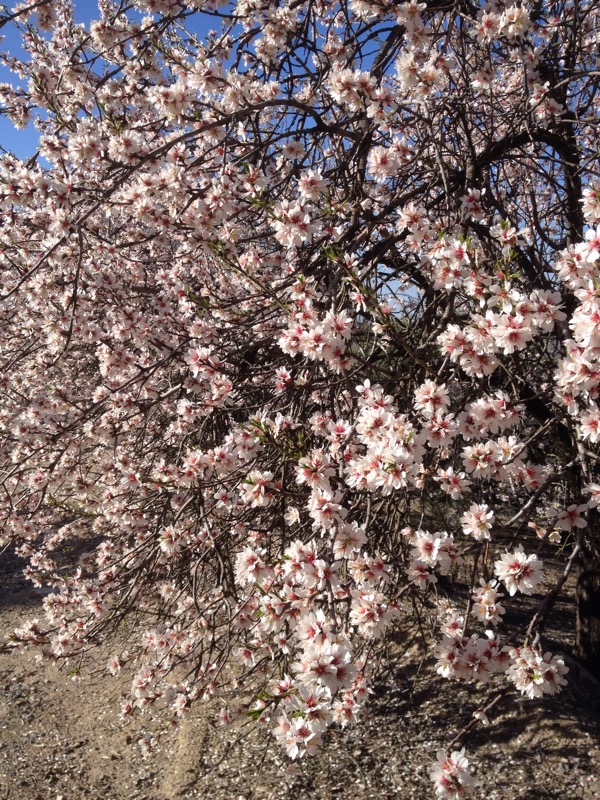 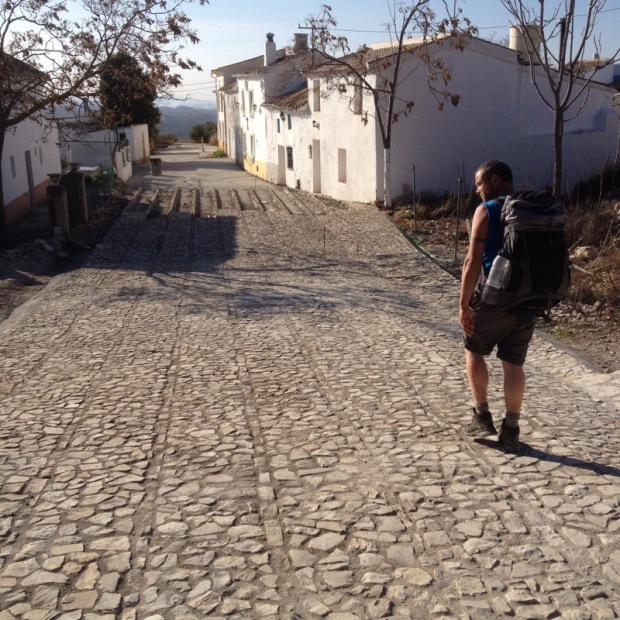 On down into Cuevas Bajas where we found a couple from Belgium already settled in the smart new 6 bed Albergue.

We were later joined by a Spanish man who was clocking 50 or 60 km a day and later still by another couple of Spanish men who had to try and sleep on the small sofas.
Blue sky had returned and the next couple of days were scorchio. The route went along the vega of the river Gentil to start before climbing up through more olives to Encinas Reales where Ivor Bundle left us and Ali Blabla decided to go the extra mile , or 20 km, to Lucena.
This route led us even deeper into olive country through the valley of the Anzur river, our first real flowing water for days. 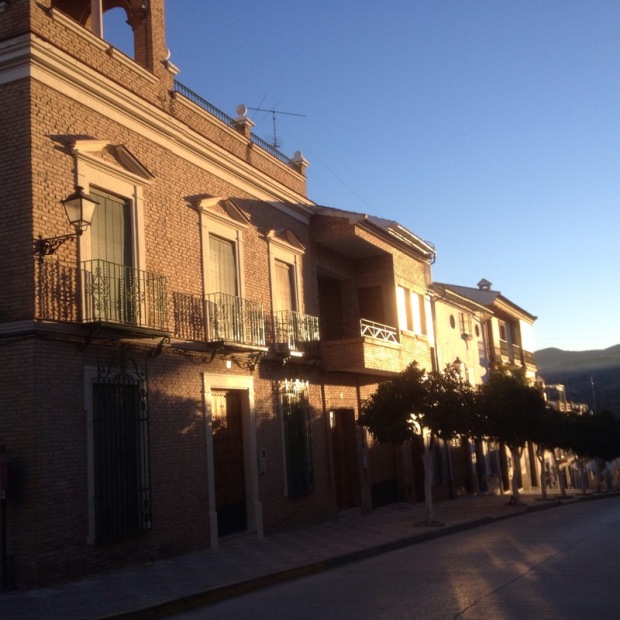 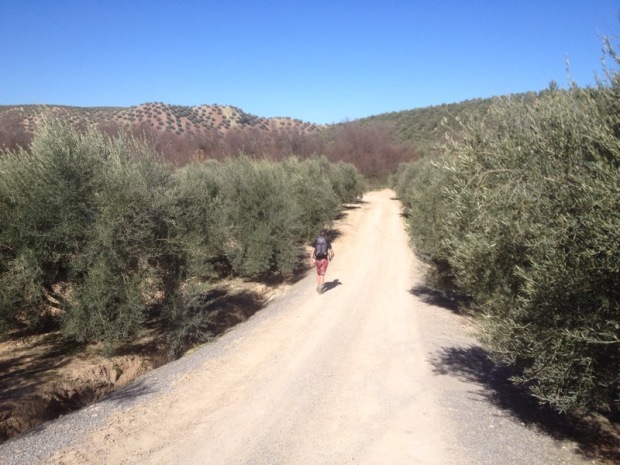 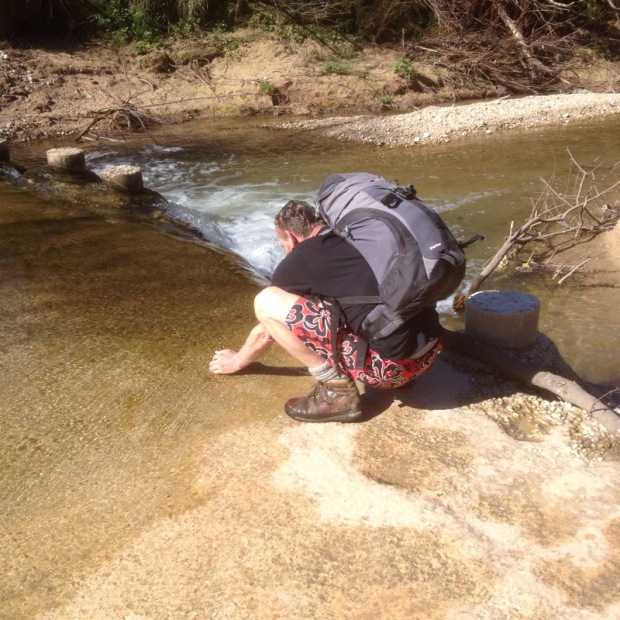 Vast areas seemed to belong to single vast fincas and others areas were obviously abandoned. The soils changed colour from white to brown to red but the crop remained the same 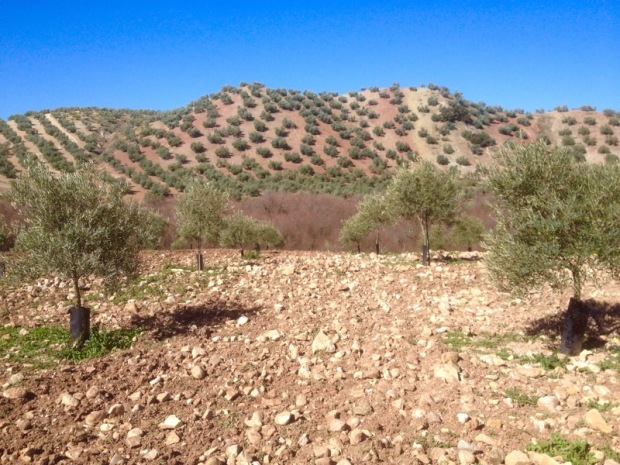 Lucena is quite a big city and we were led into it through a large and empty industrial estate but eventually got to the centre where Ali got the bus and I found a room in time to witness some fiesta drumming.

Past the church of Santiago in the morning 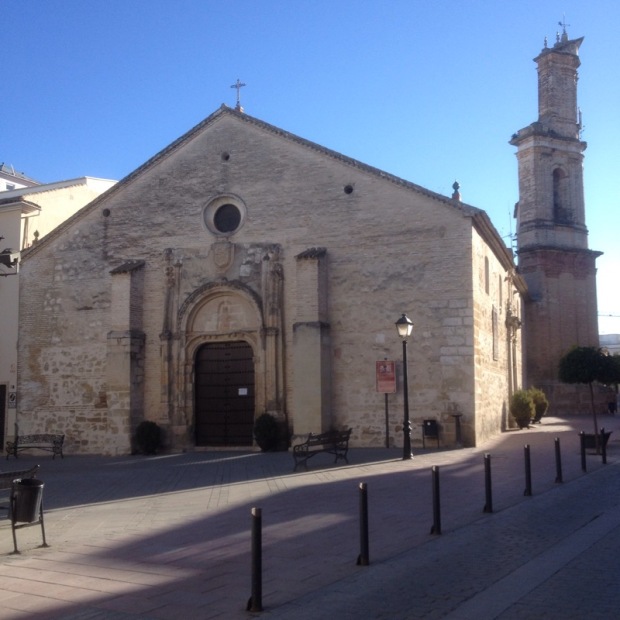 And onto the Via Verde La Subbetica, the old olive train track closed in 1985 and now a cycle and walking route which makes for an easy Camino trail for 26 km to Dona Mencia. 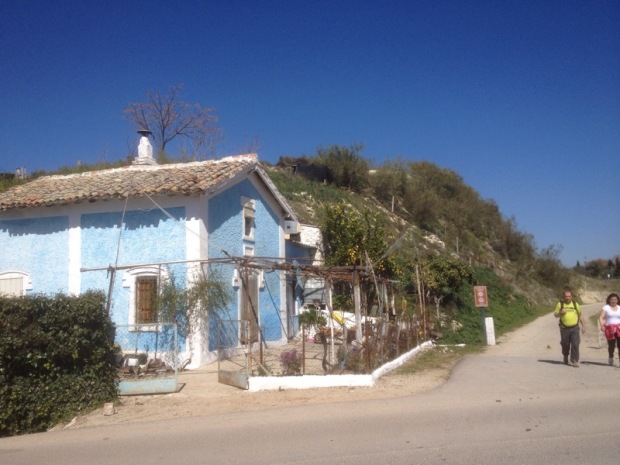 The route, although still through olive country was relived by the fact that it adjoined the Subbetica Natural Park, another of Spain’s many wild areas virtually unknown to tourists.

And so I found my way to a double room in a restaurant/hostel for 10€ in a town cranking up for a big do tonight. The plaza next to my hostel is lined with seating the stage is being built the bars are all ready for business. I guess it would be rude not to join them.