Another cold clear night under a micron of nylon and a frosty start to the day. There was a skin of ice over everything and no camp fire to dry/warm things over so we put the tents away wet hoping to dry it all out at camp that night.

After reclaiming my battery pack that had been charging in the tea room all night and a chat with the friendly lock keeper, who we have awarded best of 2015, we headed off down past his canal side gardens and tree planting on a newly laid walking / cycling track. There was a rash of bridges and locks over the next few kms some sporting interesting graffiti and some with neatly kept flowerbeds. ﻿ 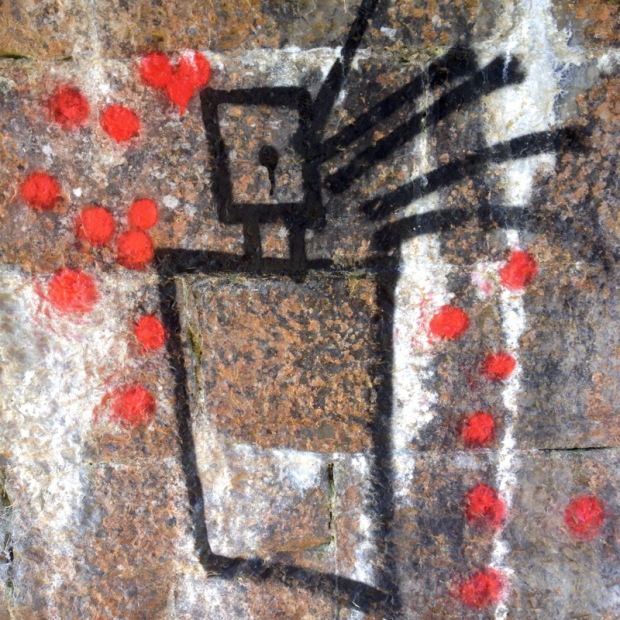 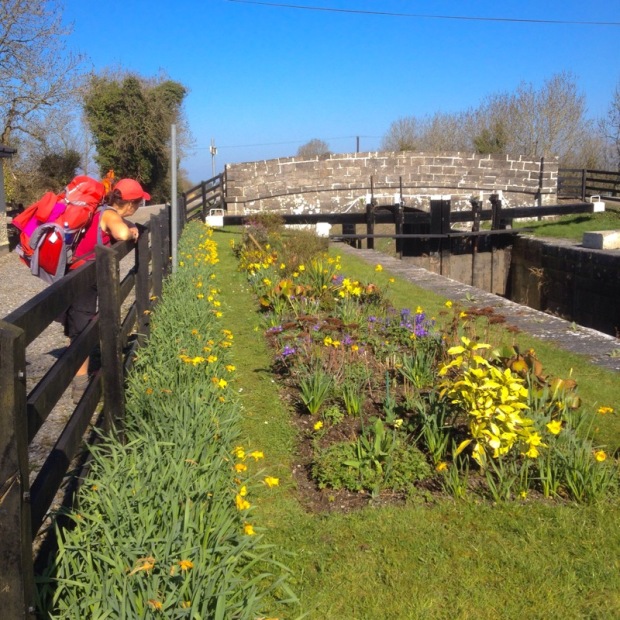 Then quite a long straight section across empty flat land on the approach to Ballynacarrigy. ﻿

The lock keeper of the year had given us fresh scones for breakfast but we needed more so we stopped at the impressive harbour there for coffee and chocolate and marvelled at the unknown or celebrated attractive villages we were discovering on the canal. 150 years ago this backwater was a important trading centre and had in the early seventies formed the first Royal Canal Ammenity Group which kick started the whole restoration process. By 1990 the canal had been, bit by bit, cleared and rewatered from Dublin to Mullingar but it took another 20 years to complete all the way to the upper Shannon at Tarmonbarry.

We carried on towards the bog at Ballymaglavy passing an abandoned canal house that would have made a fine home for the night. ﻿

We went over the beginnings of the river Blackwater ﻿ 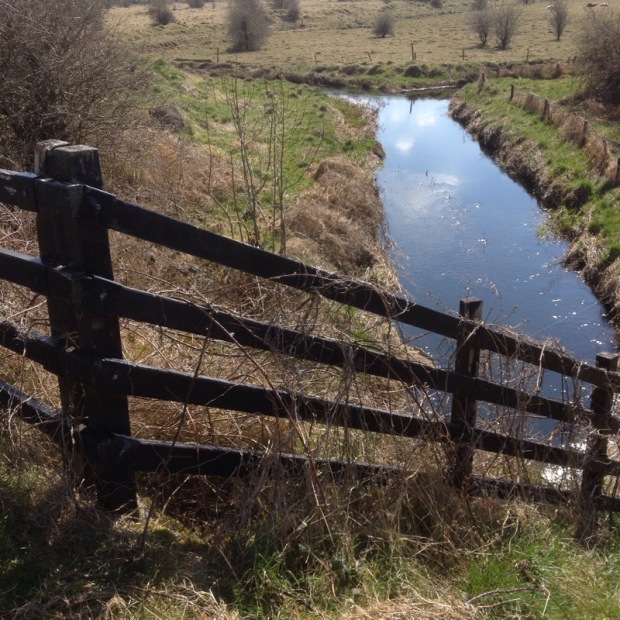 ﻿and across a  vast expanse of bog where the turf was being harvested in a way we hadn’t seen before.

There was yet another of the meloncoly bridges to nowhere﻿

﻿and a derelict lock house with an interior that needed a severe makeover.

We crossed over the river Inny and past an airfield on the outskirts of Abbeyshrule where we had soup and sandwich to get us through the heat of the afternoon for another 12kms. This section of the canal is very twisty turns with a series of curves and bends following the river valley and is also the most level with 11kms between locks.

﻿but we needed to go on a bit further to get supplies and camp. Sally headed into Ballymahon, celebrating its massive investment by Centre Parcs, to get dinner while I took all the kit on to Archie’s bridge and set up camp.

A nice sheltered spot by old derelict canal warehouses kept us warmer than previous nights but it had been a long hot day and my track buddies feet were suffering. ﻿