We were on the trail early to avoid the heat we had been experiencing last few days as the hounds had been panting, drinking and diving for shade any chance they got.

The morning light lit the wild flowers and dandelion heads as we headed along the mown paths through the meadows above the town. 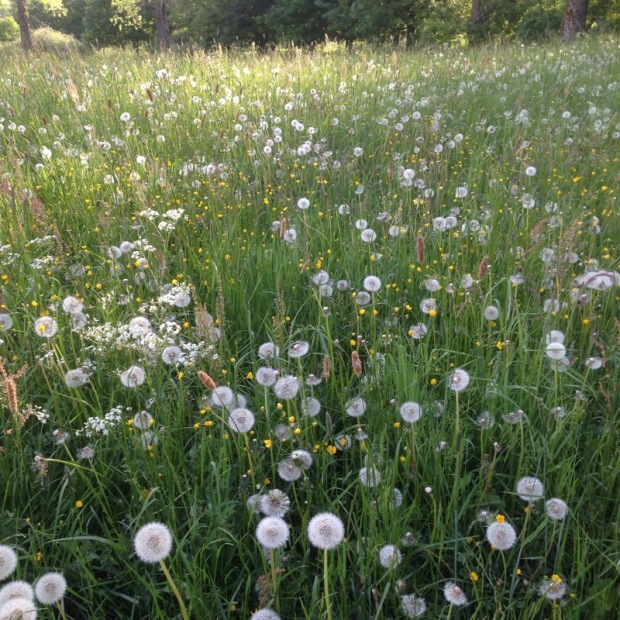 Soon we entered a conifer forest on a wide track that reminded me of the Coillte forests back home in Ireland and we wondered what the difference between them might be. We soon discovered some major differences. They don’t have these at home. 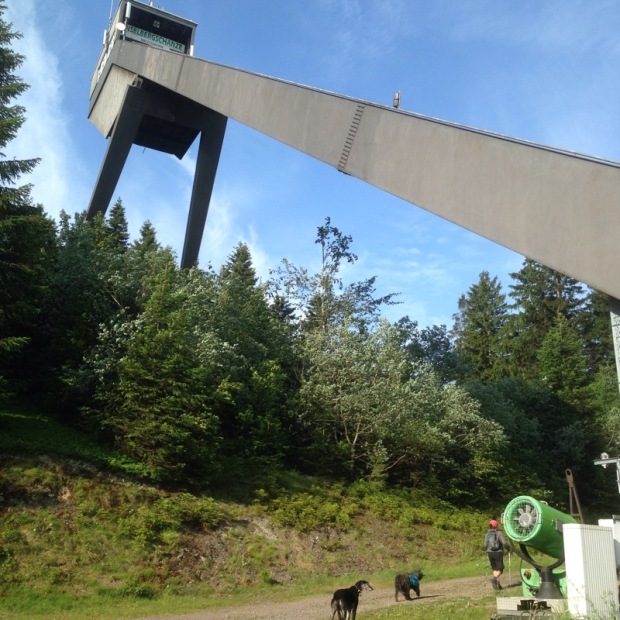 Suddenly we were surrounded by the structures of a ski resort with jumps and toboggan runs and lifts and slopes running up the mountain between the blocks of trees. 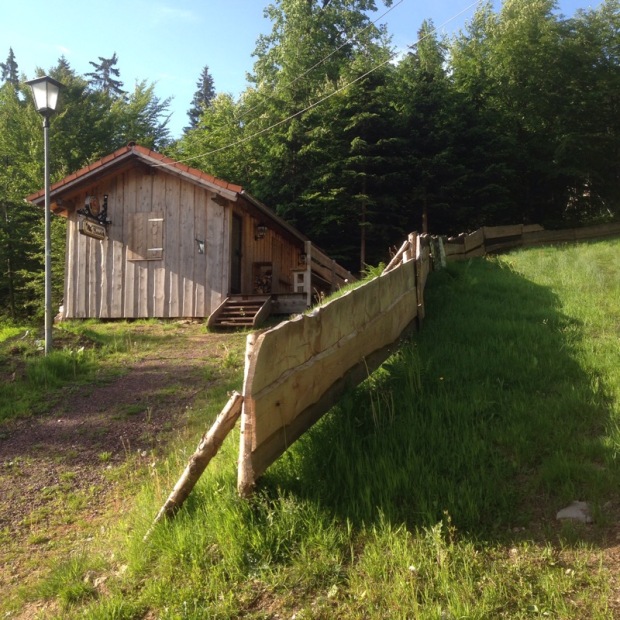 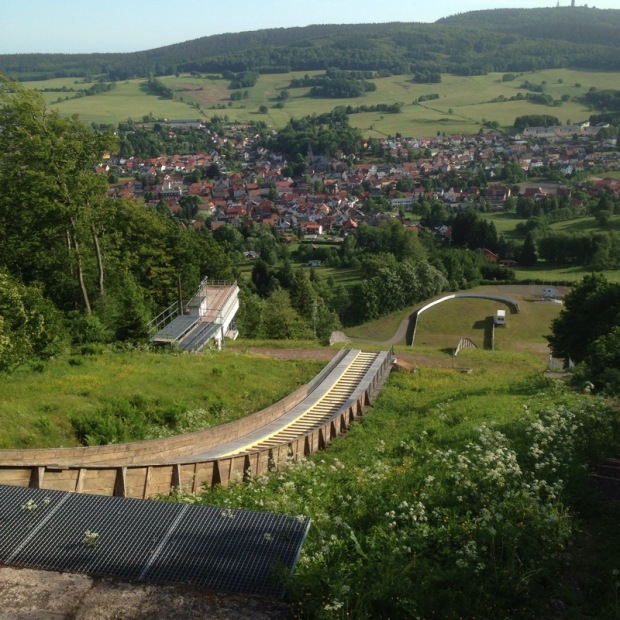 Pretty impressive. Especially when we spotted the bar and lighting for nighttime activities. Made us realise we were pretty high at about 750 mt in a country that gets a lot of snow.

We got up to 770 mt soon after at a viewpoint on a rocky outcrop where someone had left a momento. 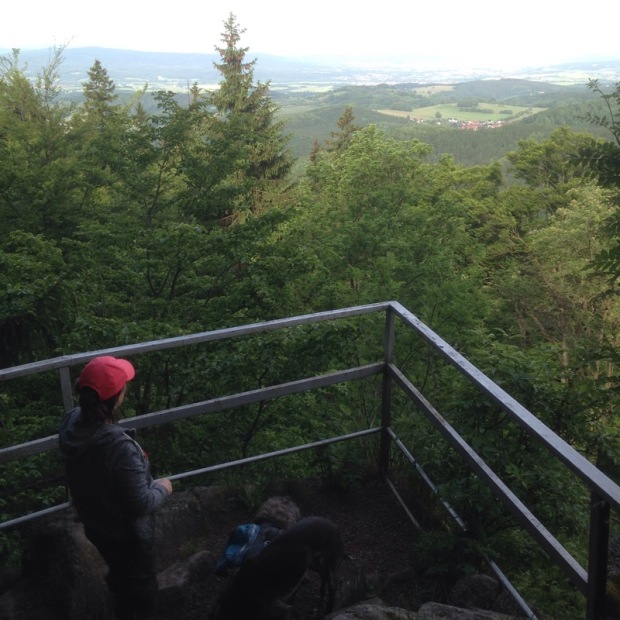 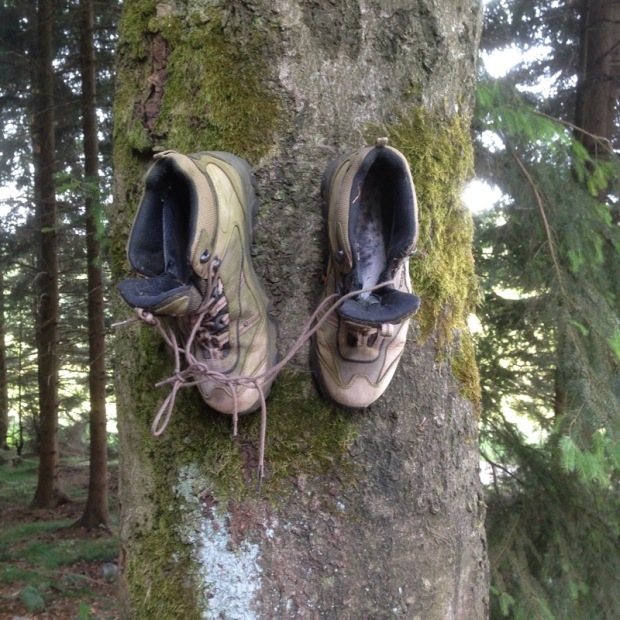 The conifers gave way to a huge coppiced beech forest that had obviously been worked for centuries. Then we descended into Brotterode past the beginners jumps. I had wondered how a beginner practices that sport. 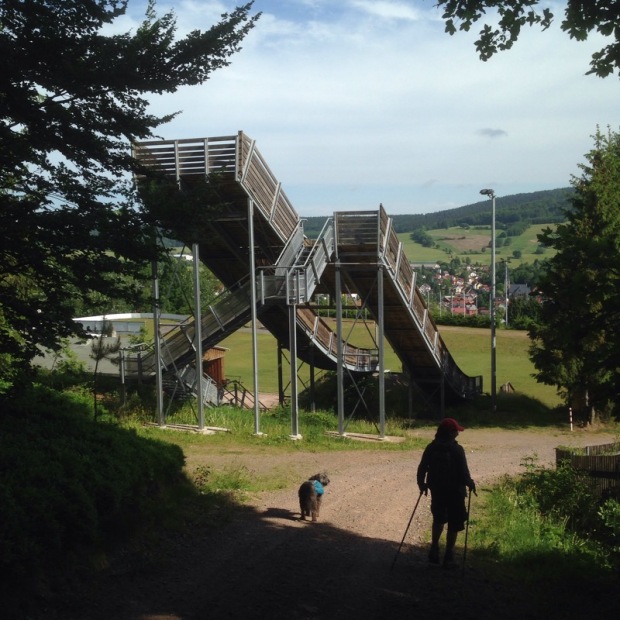 It was a town with mixed architecture. Some nice old bits 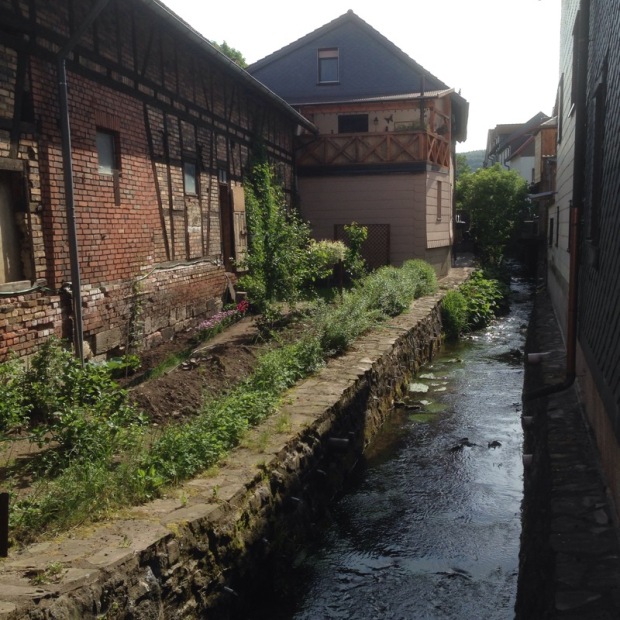 but also a real mishmash in parts. The solar panel covered swimming pool where we had camped up had been good fun. We had frolicked on the long twisting slide and had fun flight img against the current machine and being swirled around in the whirlpool.

Time to move off deeper into rural Germany, to a park up listed in the book at Saalfeld, still in the Thuringen nature park.

On route we stopped at Paulinzella where the plethora of hiking routes included a Camino Way to Santiago ! Now THATS a pilgrimage! 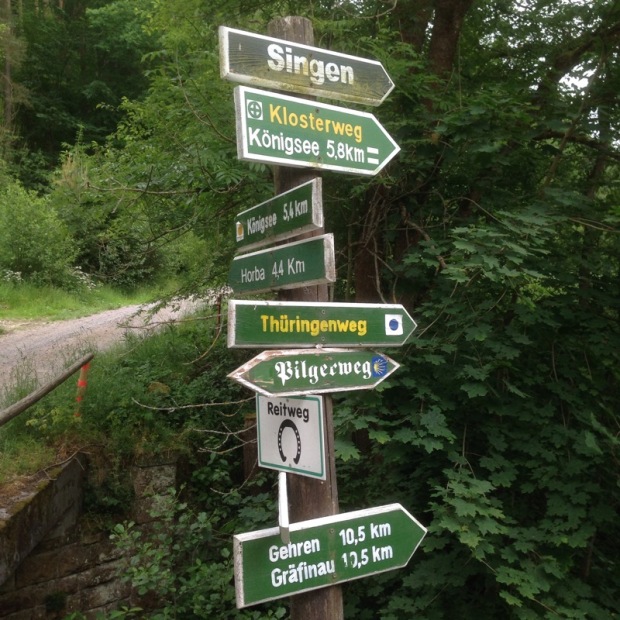 There was also a local pilgrim way to the Kloster site here, an impressive ruin. 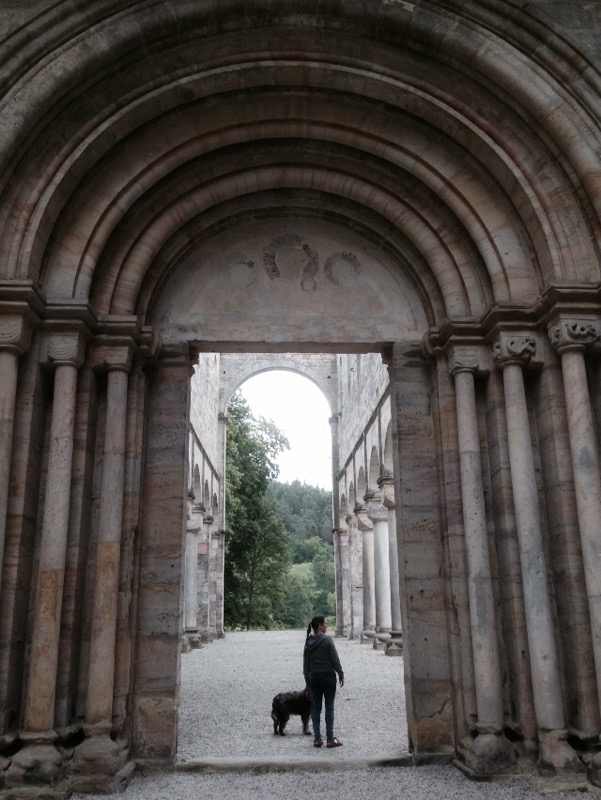 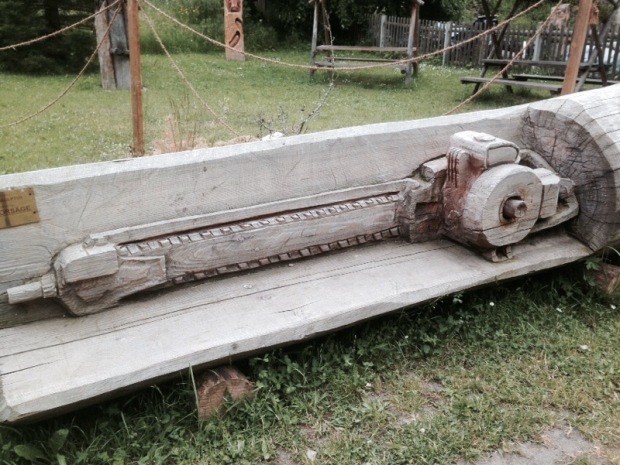 We arrived at the site which turned out to be at a “Fairyland” but it was just closing up so we retired to the trusty tranny ( 1000 miles so far) armed with loads of info on hikes Iin the area.

So we tackled a route from the van first thing this morning which led us through more well managed forest dotted with info huts, picnic huts, compost toilet hut, classroom hut 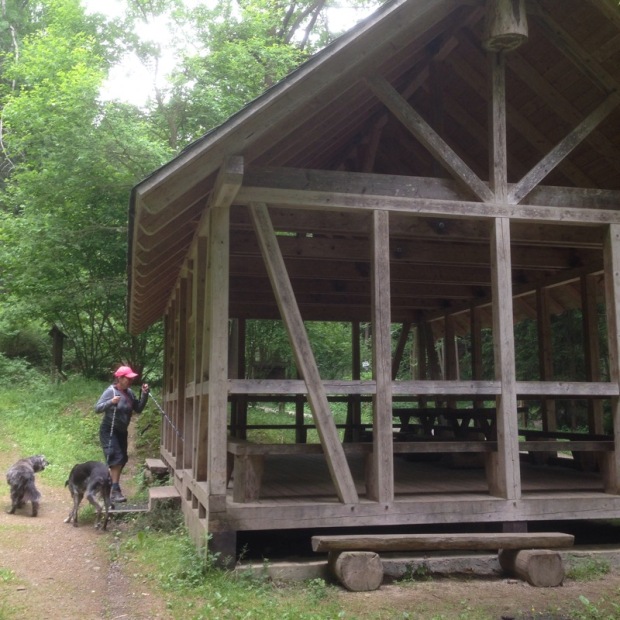 and even a bus stop but at the end of a forest track. The sign for this last one was decorated with empty miniature spirit bottles.

These marvellous woods even have musical instruments to play made from themselves. 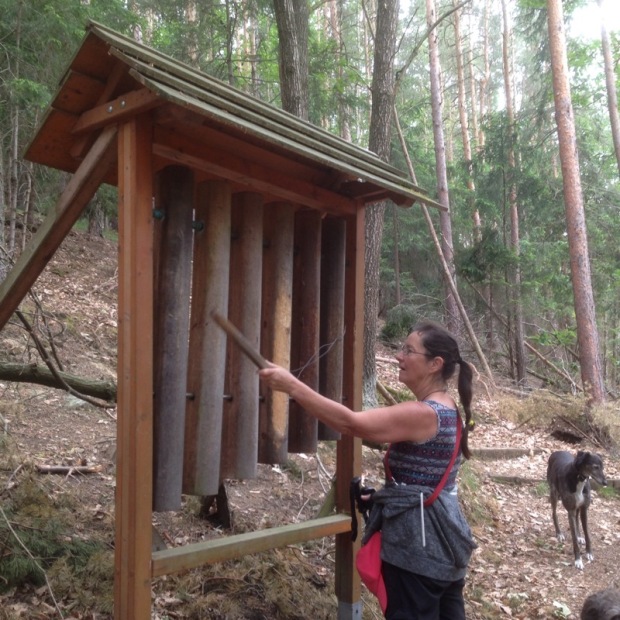 Then it was back down to fairy town 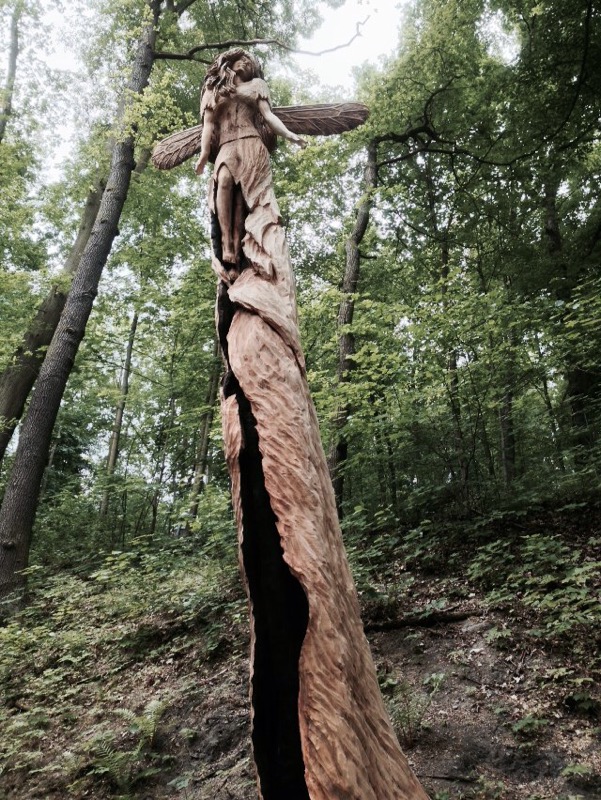 Where you could by fairy soup from fairies. 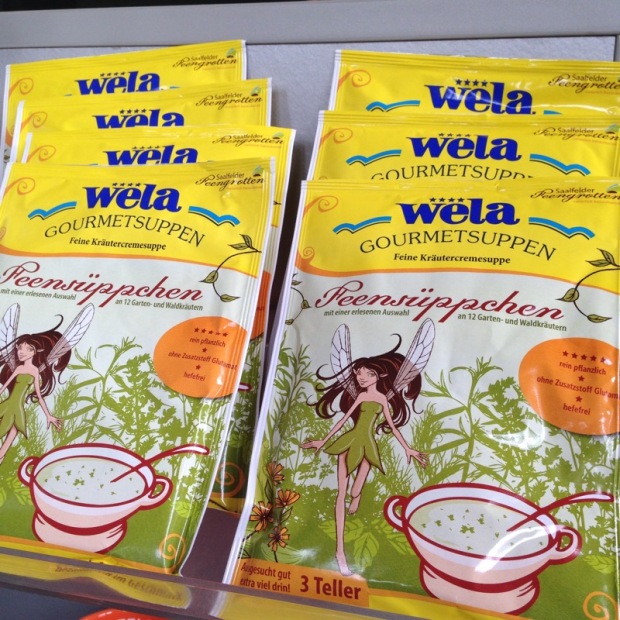 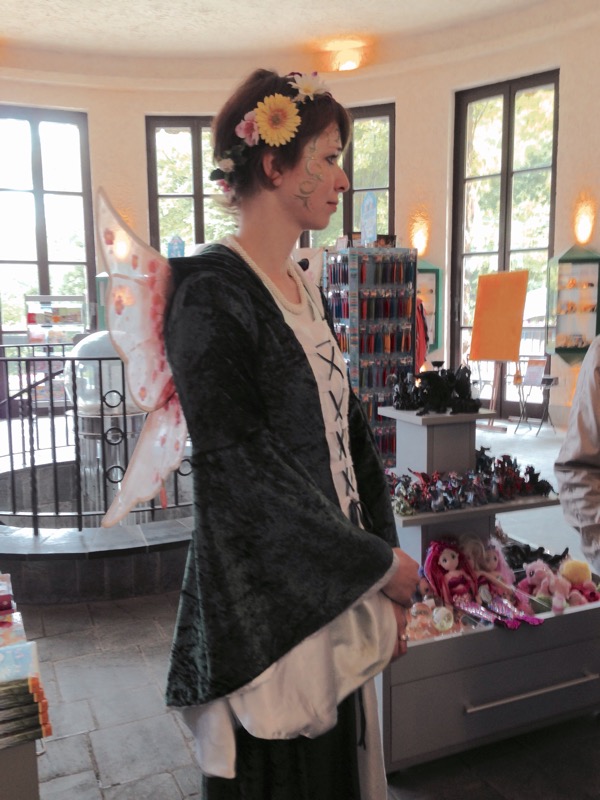 Some of the fairy products seemed a little risqué 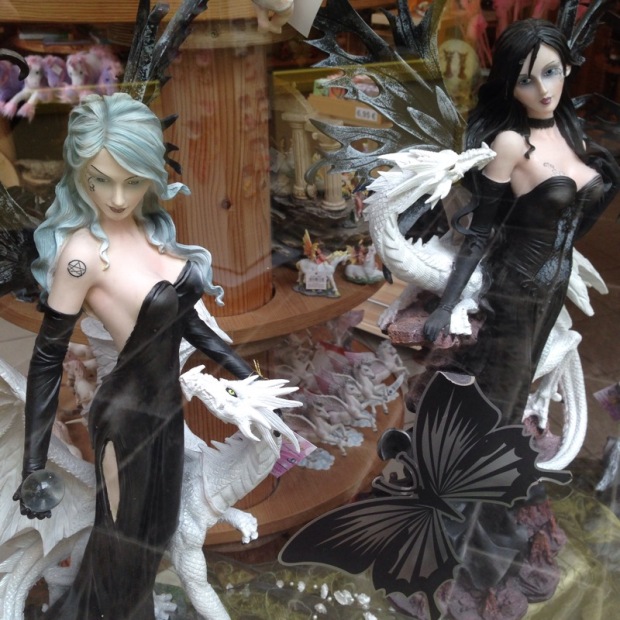 I guess those were the “bad” fairies.

I couldn’t resist a collection of local ales and some energy cake from the shop where incongruously there was a glass blower. 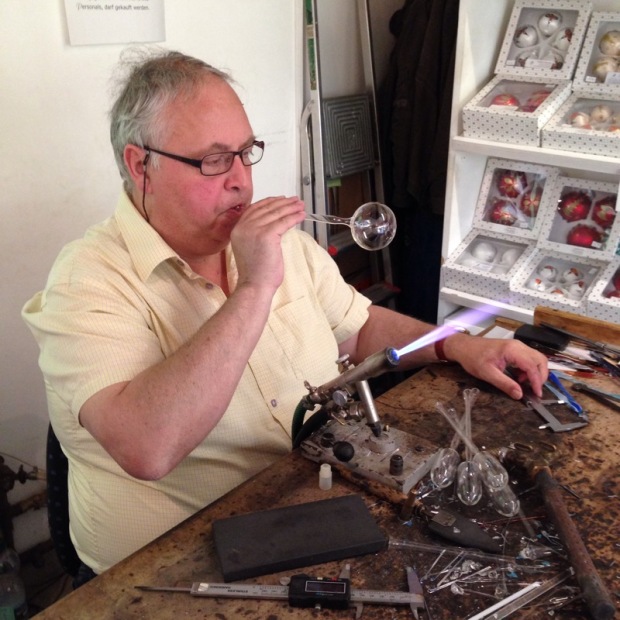 The energy cake will come in handy over the next few days as we go ever deeper into the heart of rural Germany. We are doing a four day off roader. Taking tent, bivvy bag and rucksack of dried food on a 75km route that goes around a lovely looking lakeland near here.

So we may be out of contact for a bit.