When we reached the lakeside again we were roughly half way along its length and there was a ferry crossing and this strange cruise boat.

There’s a lot of ups and downs on the route and after climbing up the steep slope through the oak woods we found ourselves on a narrow path under a cliff with a long sheer drop beside us. Steel cable had been attached to the rock to hang on to.

More danger lay ahead when we arrived at tape across the track and verboten signs.

They were doing some serious tree felling involving big machines and cable lines but we were able to get around them and carry on.

Eventually coming down into Ziegenruck ,the largest town on the trail, we were still lucky to get to the shop before it shut for a three hour lunch break. 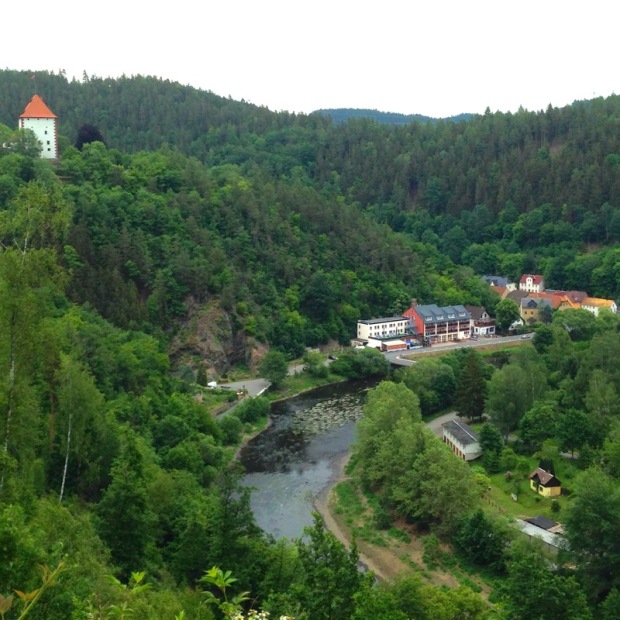 The place may have been quiet but it had some nice old buildings and a “waterworks ” museum where we picnicked. 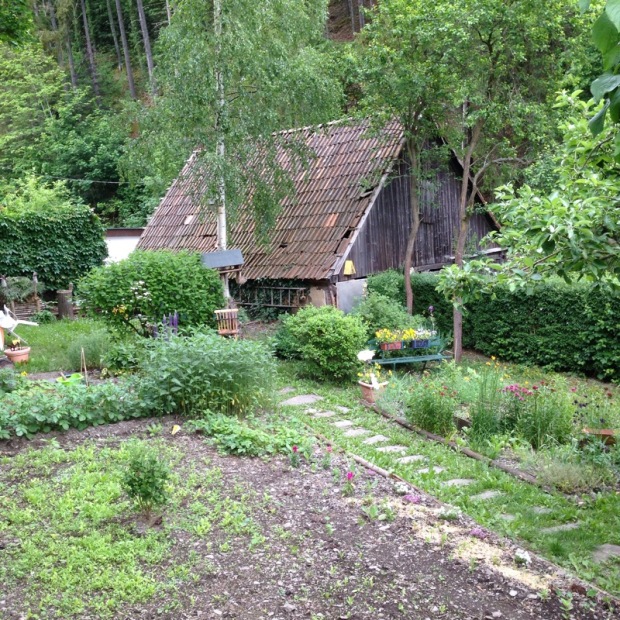 and into the woods again which had loads of mimosa growing and scenting the air sweetly. The paths in the trees have mostly been really soft with deep leaf litter and easy on weary feet. They are also full of interesting details. 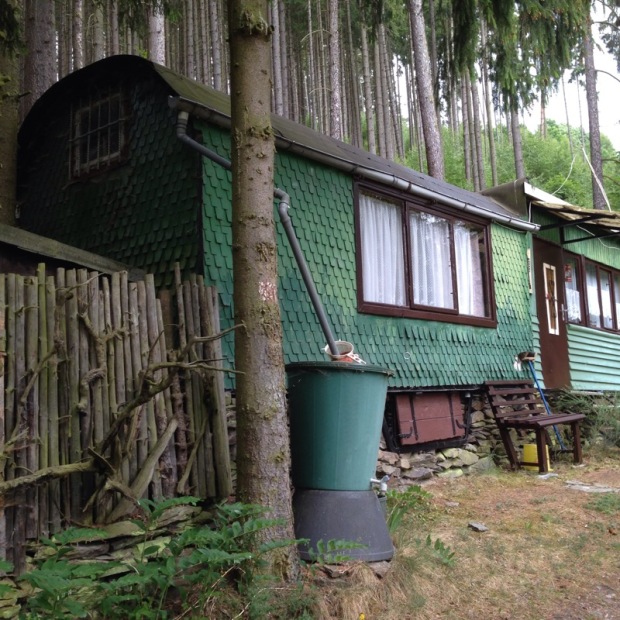 and finally into another deathly quiet village that luckily had an open pension for us to quench the thirst.

After being revived from our efforts of the day it was easy enough to make it another km to our bed for the night in a hut with a view.

There was a fire pit to use and it was a pity it started to drizzle a bit. This is also a hang gliding or paracending spot and it looks like something’s planned for the weekend cos there is a trailer full of tables and another full of staging parked up.

And handily a his and hers portaloo.