5 days of family fun and a day of moving deep into the Julian Alps and the Blog is back. 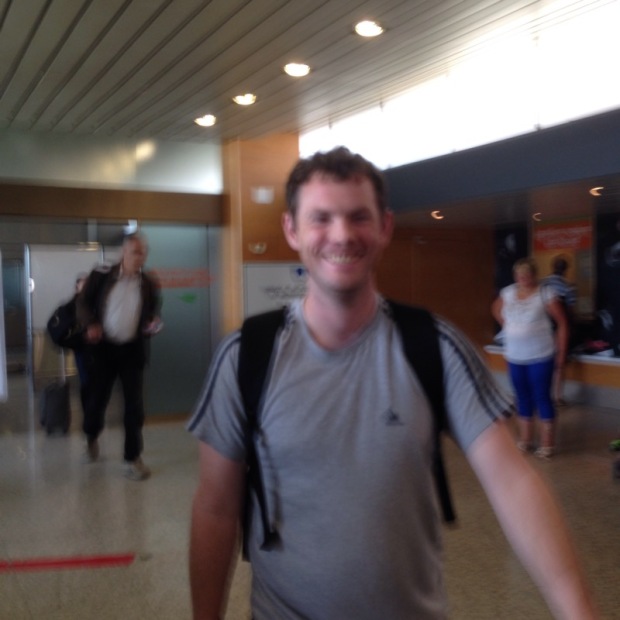 we seriously overheated the poor old Tranny trying to scale the heights in first and occasionally and fleetingly second gear.

So we parked her up up for a few days to rest and explored the area in hire car provided by son junior. We went up the windy road above the house to the ski resort of Krvavec and marvelled at the mountains and wild flowers.

We ate at a mountain hut. Hard boiled corn mush. Sour milk. Goulash. Sausage and lard. We did the same the following day after s earching for giant boulders beyond the Kamniska Bistrica valley. We failed to find them but got very hot making the spring water ponds look even more inviting.

Unfortunately or fortunately swimming was not allowed as the freezing waters had caused a few heart attacks, so instead we are took a cable car up to the high summer grazing plateau of Velika Planina and hiked up to admire the wooden architecture of the shepherds huts ( holiday homes) 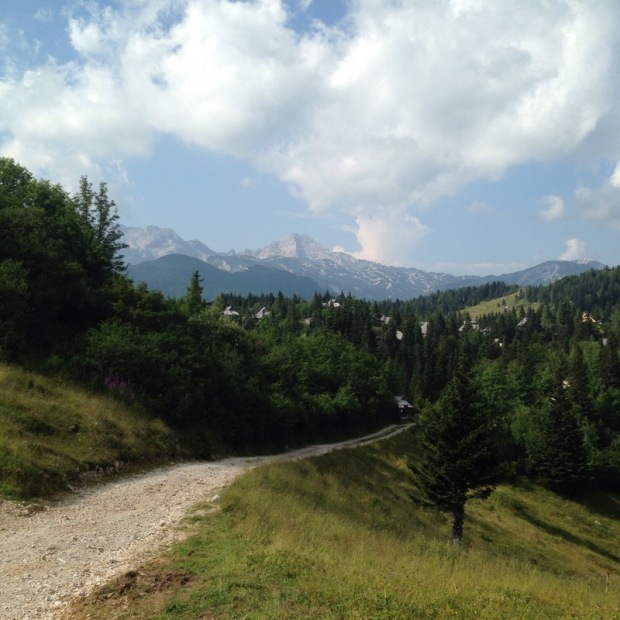 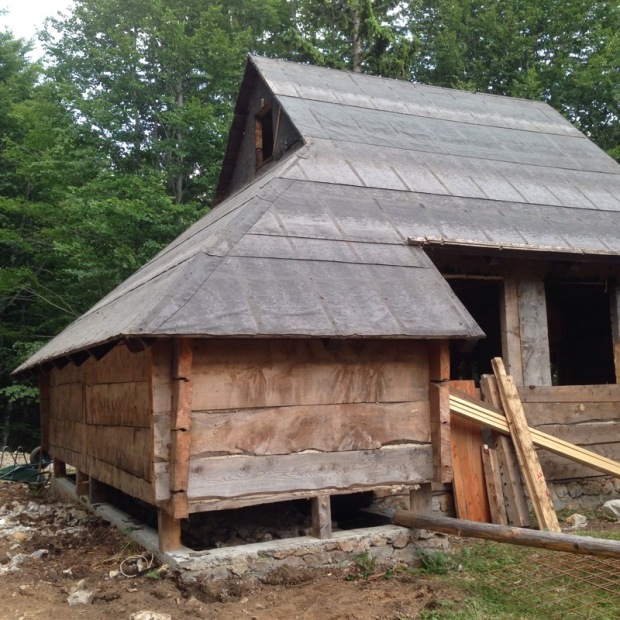 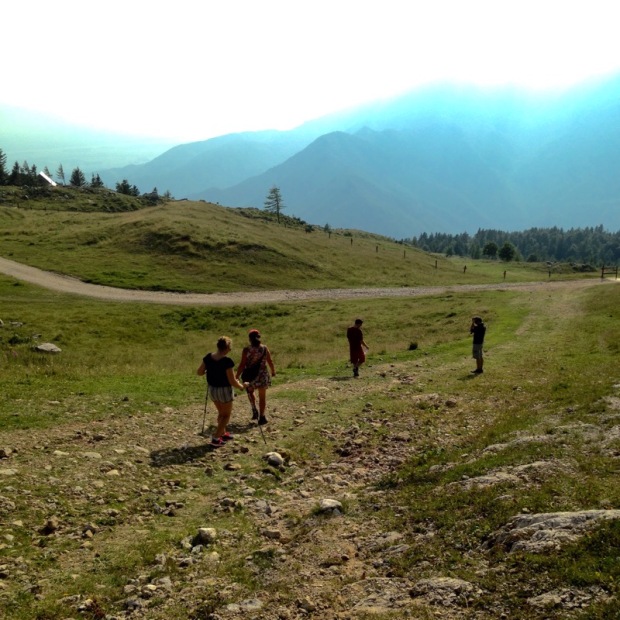 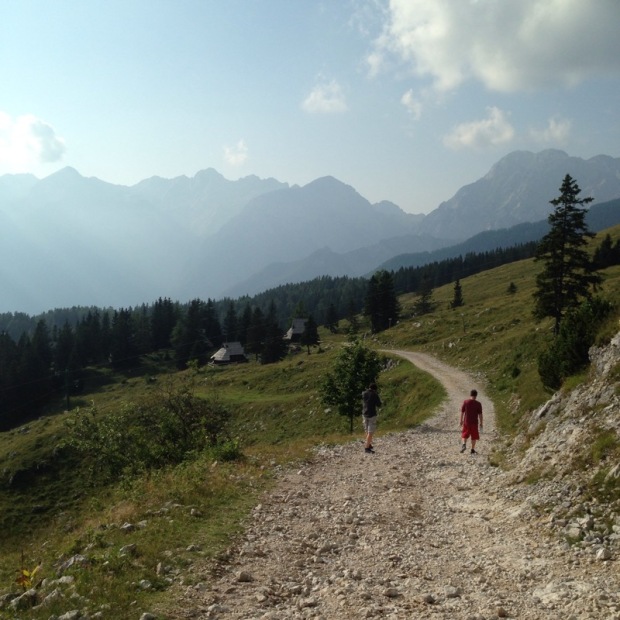 Where we were briefly entertained by a couple banging out tunes in Slovenian and English. 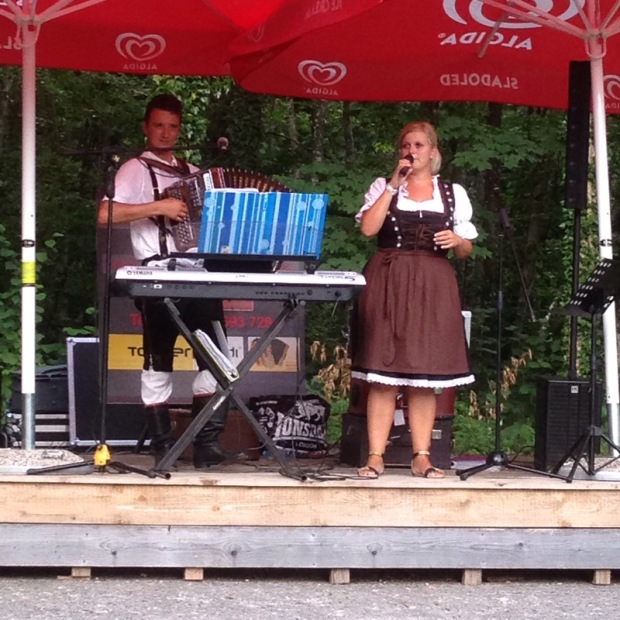 Every morning and night there were hard fought badminton competitions on the patio. 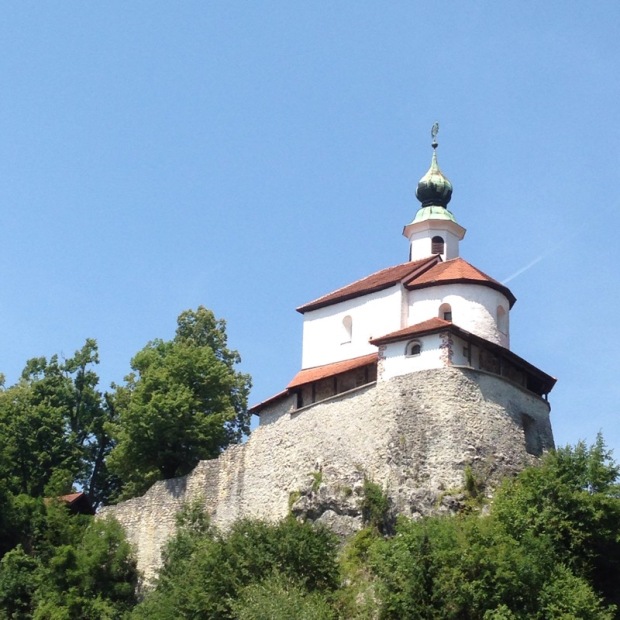 and enjoyed strolling around the old town centre of Kamnik 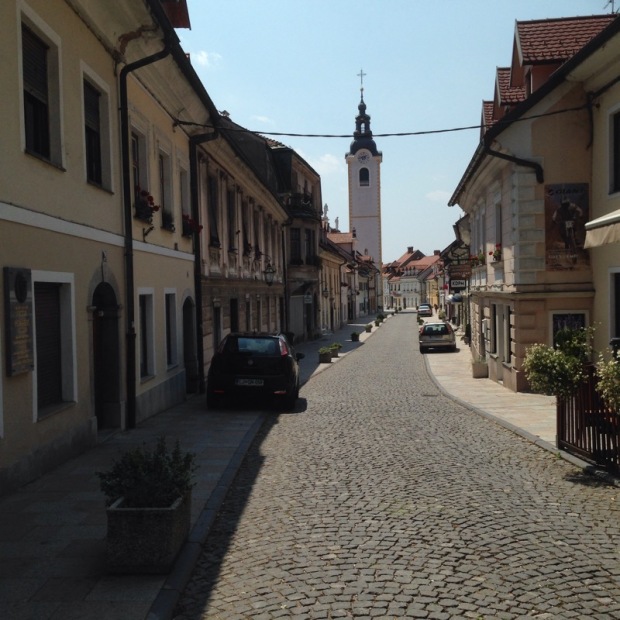 before cooling off in the local pool with the rest of the overheated locals and returning to base for eating and drinking and craic.

On our last day together we visited the lovely capital city Ljubljana. Small enough to walk around and only 70 cent an hour to park in the centre. My kind of town. 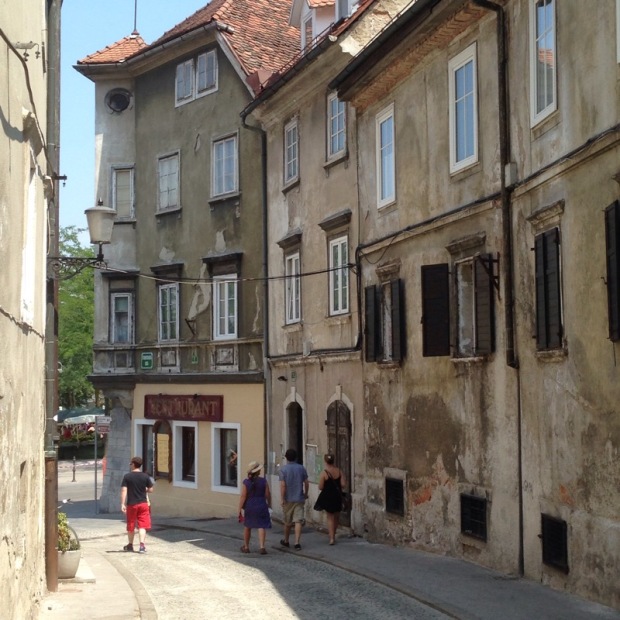 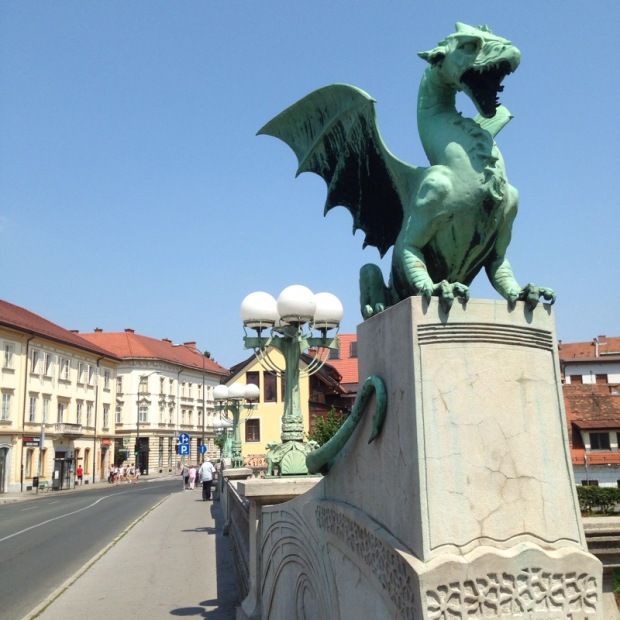 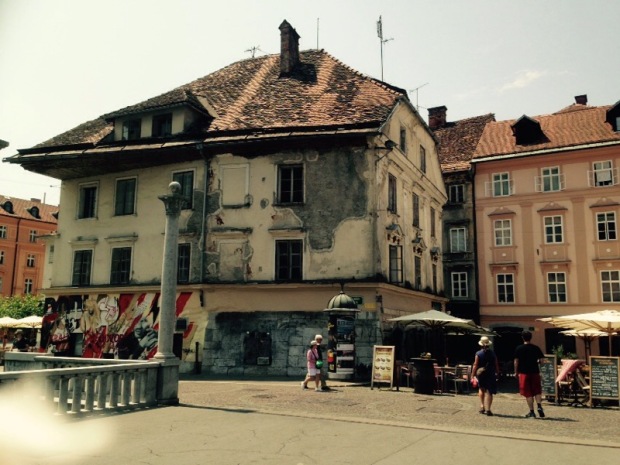 After the fond farewells we headed north west to the Julian Alps to the scenic lake of Bled which unfortunately was overrun with people and so we headed out of town towards Bohinj. We found a lovely park up alongside the Sava river will the clearest water imaginable.

At least I thought so until we arrived this morning into the campsite at the far end of Bohinjsko lake. A dead end hard up against the ring of peaks at the end of the valley with sheer cliffs and wooded gorges dropping into the waters and white limestone beaches, this place is a wonder. I wouldn’t have imagined I could feel so chilled in a camp as busy as this but the sheltering and shading trees, vast empty lake, towering mountains and general vibe have made for a totally relaxed atmosphere here.

The signs at reception gave away the vibe of the place.

Everything is so chilled that the fish in the crystal waters swim up to you.

A walk around a bit of shoreline revealed more of Eden. 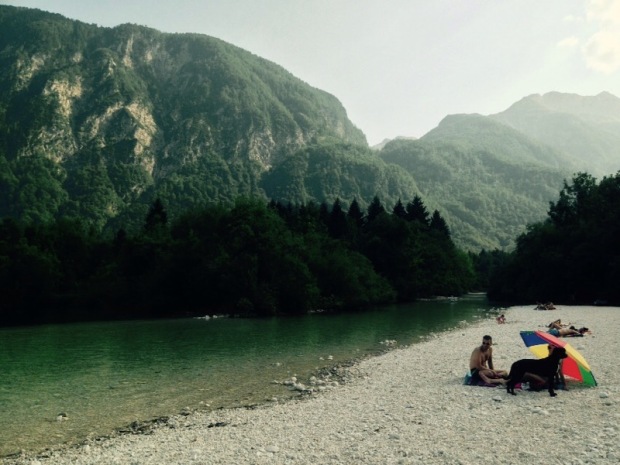 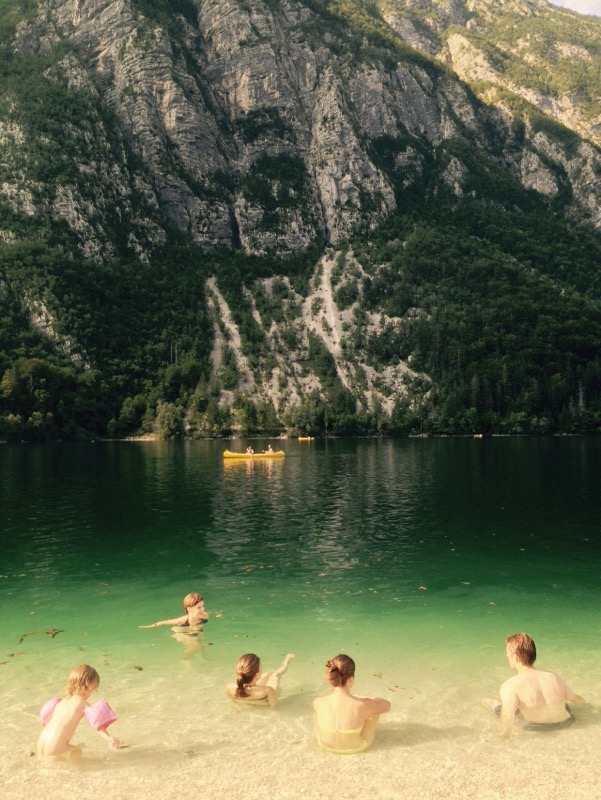 The only fly in the ointment was actually a wasp in the beer that stung me full on the lip causing much amusement for my caring partner. 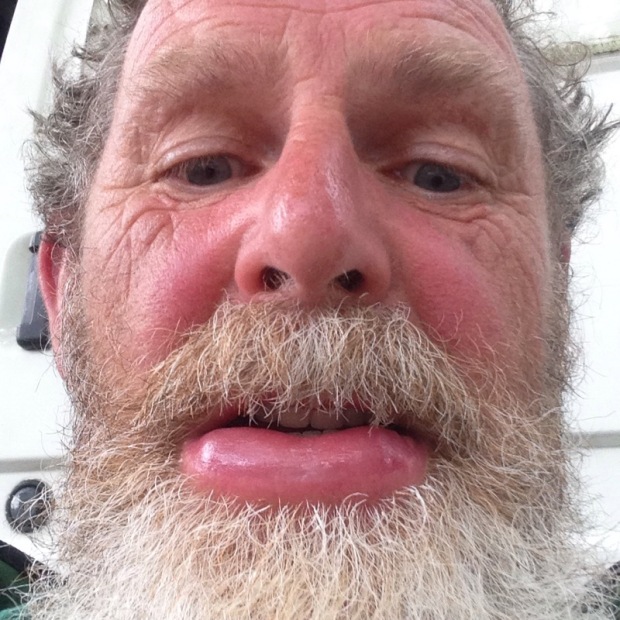 What with a lip that is threatening to suffocate me and a finger that I shut on the van door and has been stinking like its gone gangrenous the  edge has been taken off the glories of this heavenly place.

I’m sure that a cable car ride and hike to the peaks at 7.30 in the morning will restore my sense of wonder.