A very different hike than any other this year takes me 85 km from Luton to London along the  river and canal of the Lee or Lea.

After deciding to visit family in Hackney i discovered a walking trail  that went passed both Luton airport and the block  of flats that were my destination.  With my rambling year approaching the finale it was too  serendipitous to ignore.

It promised easy ,flat, traffic free walking all the way to the heart of the capital, mostly along smooth hard surfaced towpaths with a seldom seen perspective of Greater London.

Splitting the route into 4 sections over 3 1/2 days, i’m hoping will allow for a fairly leisurely hike through the short daylight hours.

It took awhile to negotiate the under and overpasses and unmaned turnstiles of Luton Parkway station to get onto the trail which initially uses the old Dunstable to Welwyn railway line, abandoned in the 60’s.

Knowing the way was likely to be tarmaced i thought about employing a dumped trolley as a baggage carrier but decided that was embracing the urban aspect of the way a bit too far.

The hedge that had grown up through the adjoining fence had been cut to leave the forlorn stems and trunks dislocated under the control tower.

With the airport and traintrack on one side and a road on the other i made my way passed old coppiced plains and maples, many with the red spots marking them out for the chop. 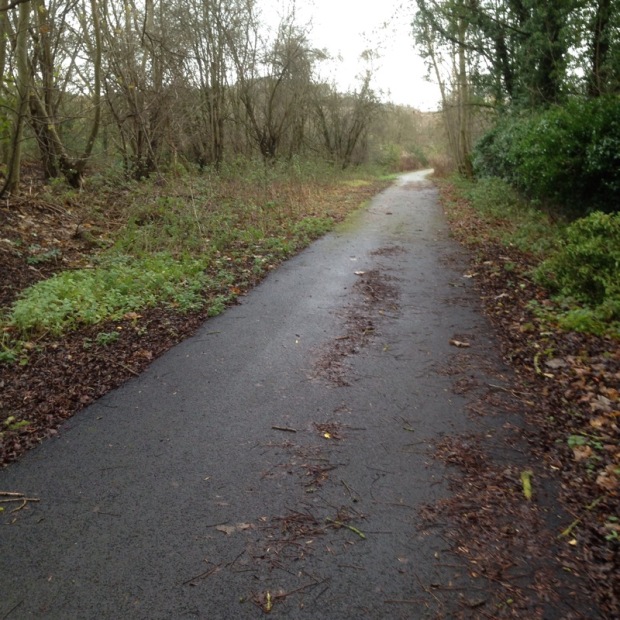 My goal for the afternoon was to get the otherside of Harpenden, about 10 km away, and i passed a hilltop silouette of Eric Morecambe who lived there and was a faithful supporter of Luton football club.

Not far beyond i passed by the work of another figure whose silouette had adorned the hilltop, the estate of Luton  Hoo, landscaped by Capability Brown.

I decended and crossed the young River Lee leaving the road behind and entering a more tranquil stretch through farmland. 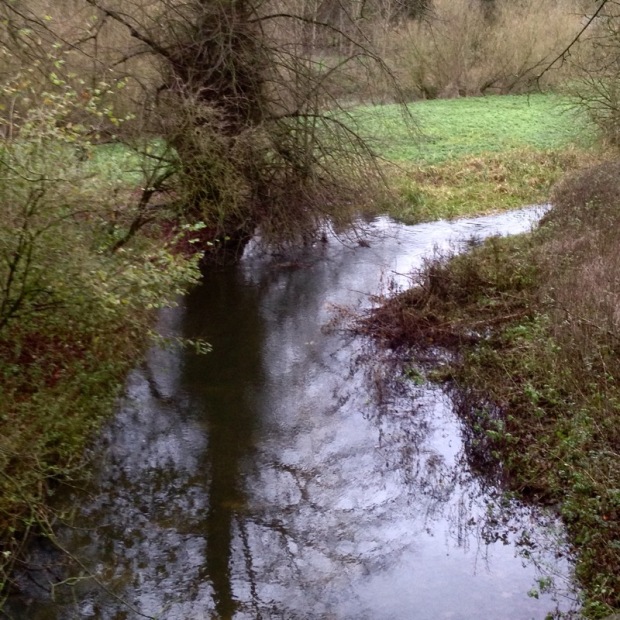 Crossing the chiltern way I followed the path through the productive looking fields to the urban fringes of Harpenden. The former train track now took me between the postage stamp sized gardens before i left it to go through the Batford Springs Nature Reserve. The path created here in the early 70’s, running alongside the old willow and watercress beds  was the first step in the formation of the 85km Lee Valley Way.

As darkness drew in i said goodnight to the ducks and called into the trackside Marquis of Granby to wallow in the British pub institution for the first time in ages. A pint of bitter, packet of nuts, a fire, and copies of the Mail and Telegraph to tut tut over restored my sense of everything gone to the dogs etc. 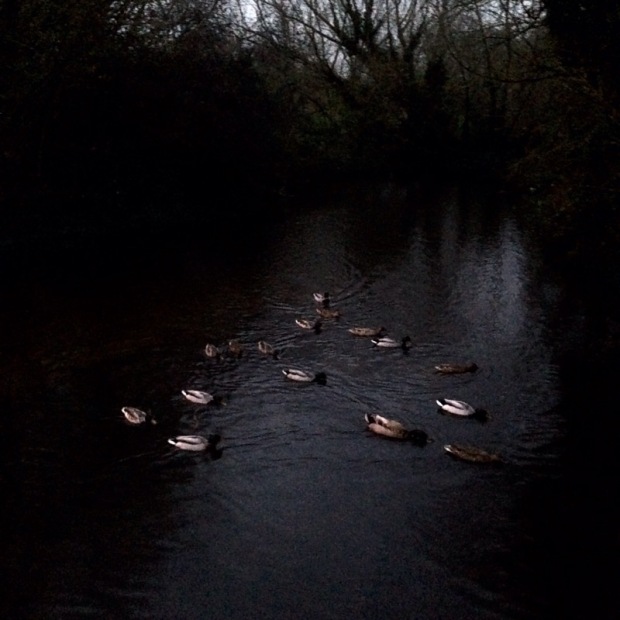 Out into the dark along the unlit lane i had only to walk passed my second sewage works of the day, (there’s 65 million people to provide the raw material) and up the hill past an unseen golf course to arrive at my Airb+b for the night.

After a chat with my hostess Jane over breakfast  in the families kitchen i hit the trail under  gently weeping leaden skies.

It wasnt long before the old railway track, busy with squirels, passed a golf course and then i had to deviate up over muddy horse paddock due to an incalcitrant(?) famer not joining in with the Lea Valley Walk planned route. 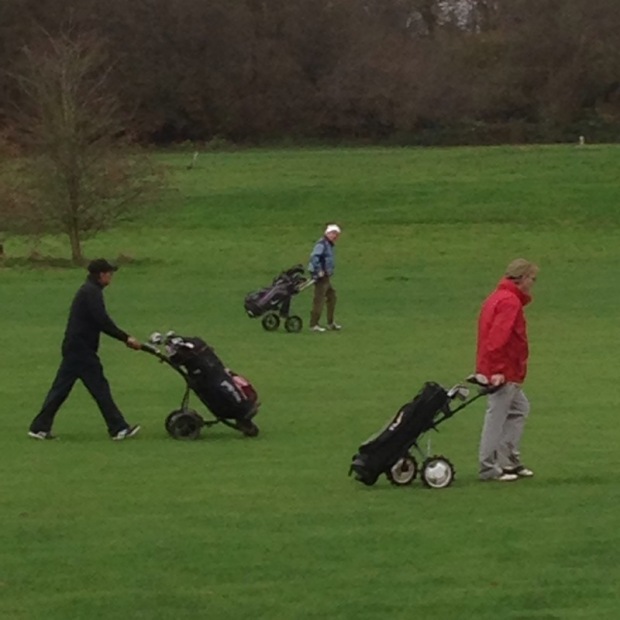 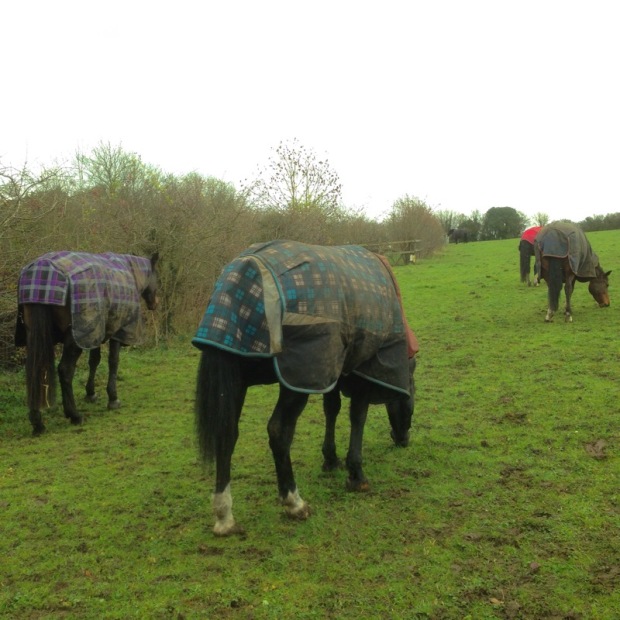 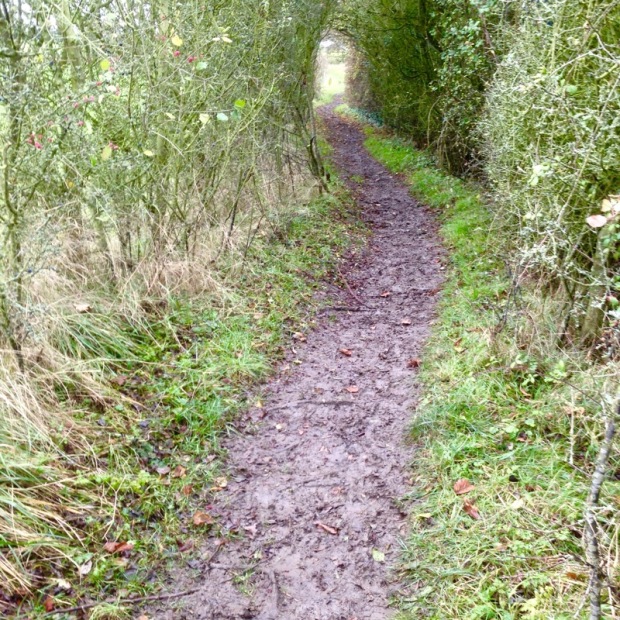 Across a field and into Wheathampstead with a little garden enclosed by willow fencing next to the 1310 church with it’s spire likened to an upside down ice cream cornet.

Past another veritable Tudor Inn, pouring pints since 1617, and shortly crossing the river again on a wooden footbridge passing yet another sewage works.

A long stretch over farmland followed with the shallow river visable alongside at times as it meandered through the  willow and reeds. A plethora(?) of footpaths came and went and i would have been lost without my guidebook.

Up through a big clump of trees of many species, including one whose bark was unknown to me, and onto another golf course, created on the parkland of Brocket Hall, home of Queen Victoria’s 1st Prime Minister, Lord Melbourne. His wife, Lady Caroline, had herself served up naked from a giant soup tureen at Melbournes birthday party and in later years was confined to the house by insanity. 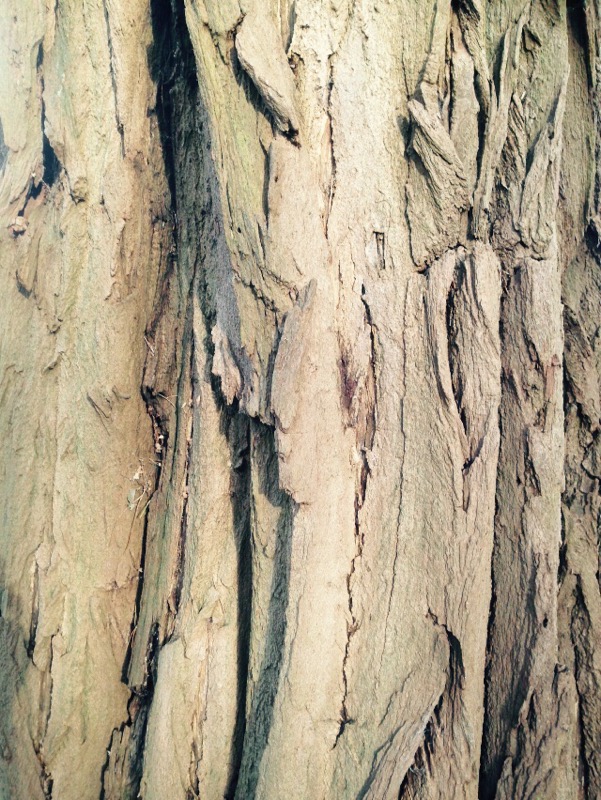 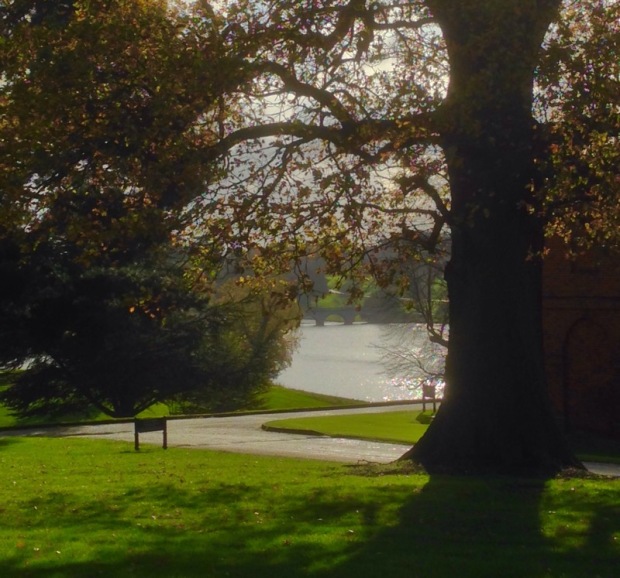 After another crossing of fairways and farmland i joined the river to pass under the thundering A1 and emerged into the bird rich lakeland of the 126acre Stanborough Park, at the end of which another mainline transport route powered above my head, this time the Kings Cross rail line.

Rich farmland and an organic flour mill led me to a nasty stetch of busy dual carriageway with rubbish strewn edges.

The narrow wooded Gypsy Lane took me passed yet another sewage works and through yet another golf course. This one had signs warning of stray golf balls and sure enough there were 100’s scattered in the thickets. It’s  a sign of the affluence of the south east of England that no one bothers to collect them.

At the top of the lane i made my way through a few miles of 20th century brick housing in Welwyn Garden city  before heading off down another abandoned branch line lined with thick hedges of dogwood, teasel and sloes.

At the old Cole Green station were some old trunk carvings slowly returning to nature and shortly after the sunlit track led me passed more cosy horses to the back gardens of Hertfort with a selection of ruined and smart sheds. 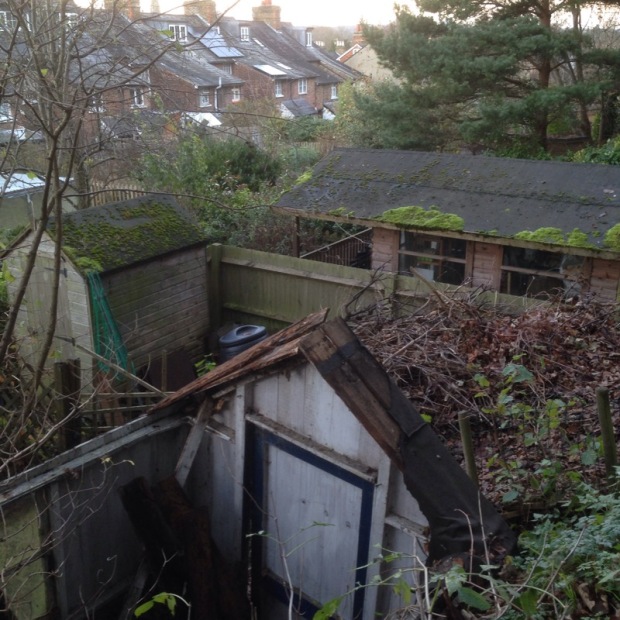 Then it was just a short distance through the gardens of Hertford castle  and passed the brewery to my Airb+b  for the night, a cosy mews basement. 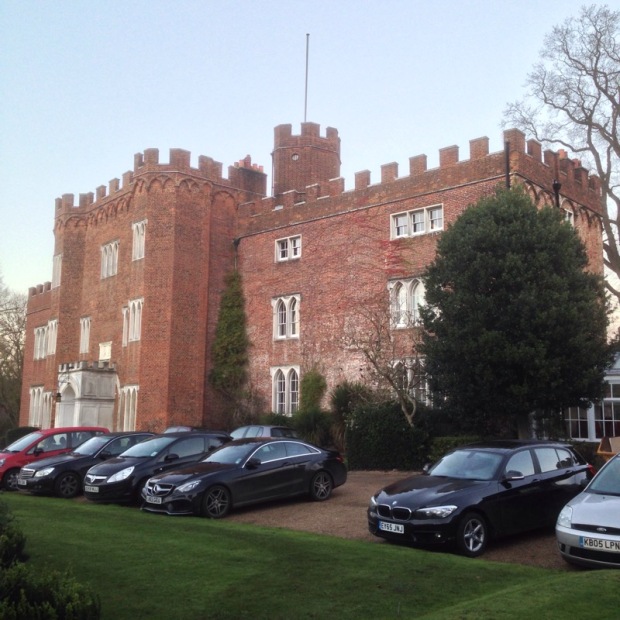 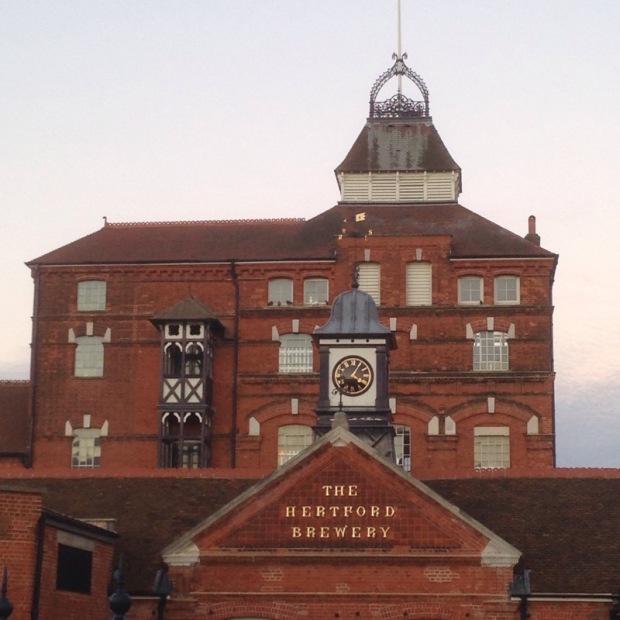 I can confirm that they produce a range of fine ales.