3 weeks since arriving in Turkey we are back at Dalaman airport after a pretty smooth run yesterday from Cirali. It had proved impossible to get info on the net about buses either via Antalya or back over the coastal route we had hiked. Local knowledge also left us similarly confused with varied, conflicting or non existent opinions on the way to do it. In the end we kind of left it to the gods and they served us well. A small minibus dolmus up to the main road met a bigger one that took us to Kalkan that met another one that took us to Feithye that met another that took us to Dalaman where we waited 5 mins for a cab to the airport hotel. Literally walked from one bus to the next. It still took us 7 hours though. Mind you not bad considering it had taken 3 weeks to hike.

When planning the trip I definitely overestimated the ground we would be covering a day. Not realising the difficulty of the terrain I had estimated 25 days hiking at 22 km a day to complete the 540 km that I believed was the length. Wrong on many fronts. The actual length ( without variations) seemed to be 440km. And we could only average 16km a day. And we only walked 18 days.

So we covered about 290km. If we had continued for the planned extra 10 days at that average we could have made it but the route is supposed to get tougher for the end stages.

We ended in the most beautiful of places. Olympus and Cirali are set in , literally, awesome surroundings and maybe because of the Olympus National Park are pretty low key resorts with no high rise hotels or even buildings over 2 story that i can think of.

So it was lovely to spend a day on the vast stretch of beach, relaxing. Gazing at the majestic mountains and floating in the cooling sea. Lovely to enjoy the sun rather than try to hide from it. Lovely to walk around without breaking a sweat from the load on our backs. Chilling.

That’s not to say that the hike was not enjoyable. It definitely was. But a little too demanding at times to be classified as fun.

But of course effort brings rewards and the views from the high points justified the struggle in getting there and the relief of submersion in those beguiling turquoise waters made the sweaty clambering beforehand well worthwhile.

The Turkish people were invariably really friendly and hospitable and we only came upon a couple who seemed keen to grasp every lira the Likya Yolu could provide. The food was good and nourishing although it could be hard to find much of a lunch or dinner in the village stores. We had a wide range of accommodation, mostly wild camping, which you can do virtually anywhere, but also camping in yards and gardens and campsites, a few pensions and a hotel at beginning , middle and end. Oh and the room in Dorothy and Ramazan’s villa with a pool. All of it was good value. The falling value of the Turkish Lira was good for us but I felt for the many who relied on the income of the vanished European tourists, who stayed at home due to Covid concerns.

There were precious few fellow thru hikers on the trail, we met mostly people out for the day or a short section. It was early in the season though so perhaps more will come. It would have been better to hike when the weather had cooled but we were constrained by the last Ryanair flight home. Apparently it’s been the hottest Sept/Oct for nearly 40 years.

The route is varied and although we didn’t make it up into the high high mountains we enjoyed a lot of different landscapes. But if your someone who likes to stride out uninterrupted , “smashing it” as they say, and clocking up the km this is not the route to take. 2km an hour was not unusual and some clambering, scrambling sections were painfully slow.

The archeological remnants of millennia old civilisations were astonishing to witness, scattered liberally along our entire journey, and gave us pause for thoughts about the rise and fall of empires. Where were we on the pendulum at the moment, and would our structures last so long after our demise?

On our last evening we got a spin up to the phenomena of Chimeria. The natural gas seeping through the rocks from the bowels of the earth has been alight and flickering since before the days of the Lycians. From the car park it was a km of steep rocky steps up towards the ridge above the town. Our final hike.

A strange scene- like a stage set or a ritual celebration or the mass awaiting of something unknowable to occur. 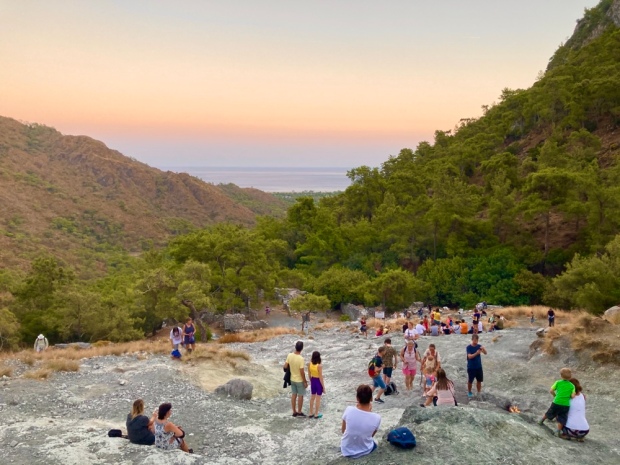 We bumped into Igor again, one of the first hikers we had met, sharing a camp weeks before and crossing paths again days later. Bonded by the Way.

The darkness fell and the atmosphere rose, as more people arrived and the rituals continued we made our way back to our lift. 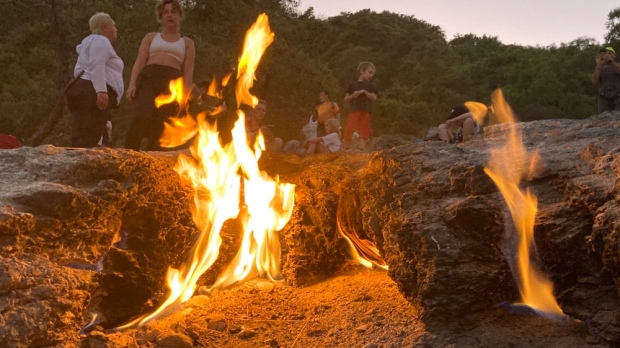 Final dawn and I had to greet the sun from within the sea. All calm and peaceful, with a first light turning Olympus mountain pink and groups of yoga folk decorating the beach.

After a day on the buses a last swim in the airport hotel, under a deep blue sky and the planes that have bought us home. 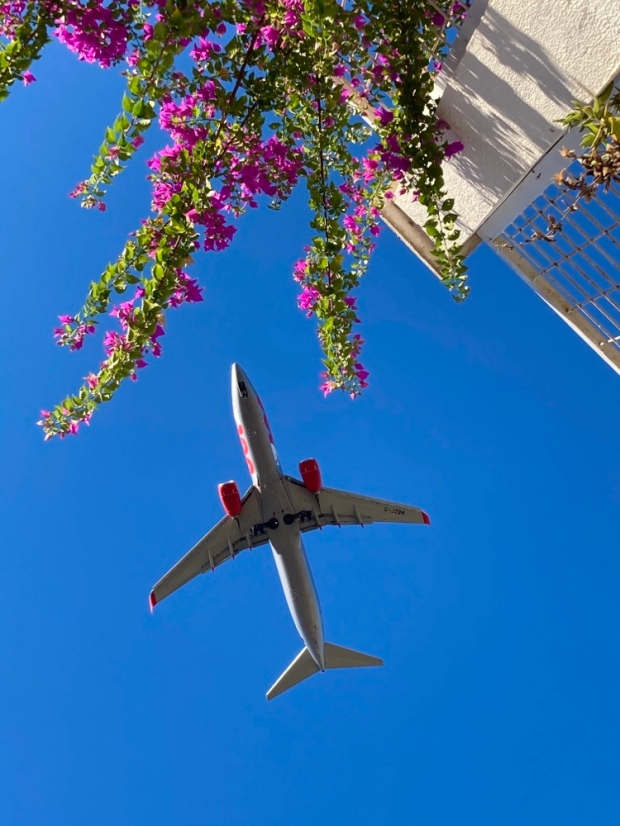 So now, when and where next? 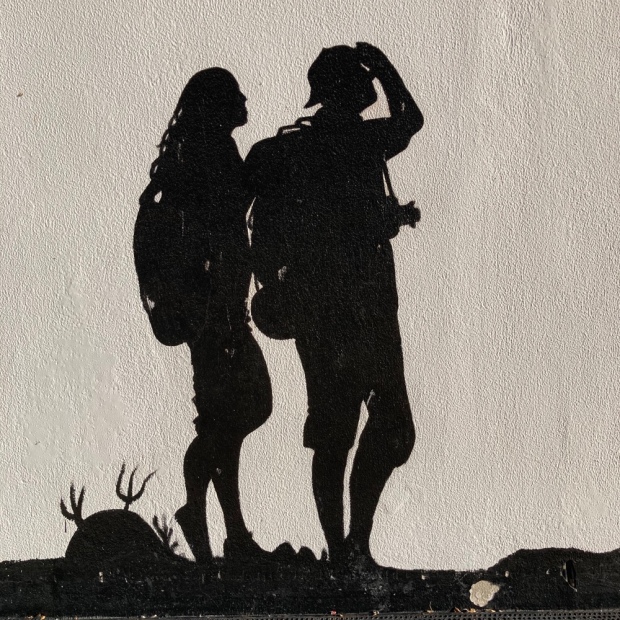