Leaving Sally to nurse her feet and catch a later bus I braved the steps ( easy enough first thing) and wove my way past the church of Santa Maria and fading buildings on back streets that led me down to the wild and rocky coast and a charming path north. 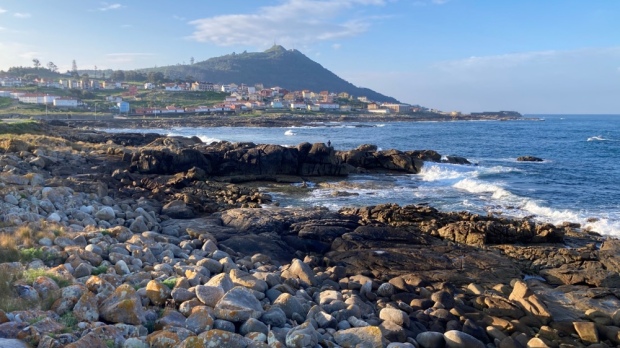 It was all very much like a sunny south Connemara with tiny strips of land separated by granite stone walls. After a while I had to leave the coast and climb up to join a sandy track that led to the main road and a yellow strip of cycleway I had to suffer for a while on and off as it alternated with dirt tracks lined with enough broom to ward off any lingering evil. 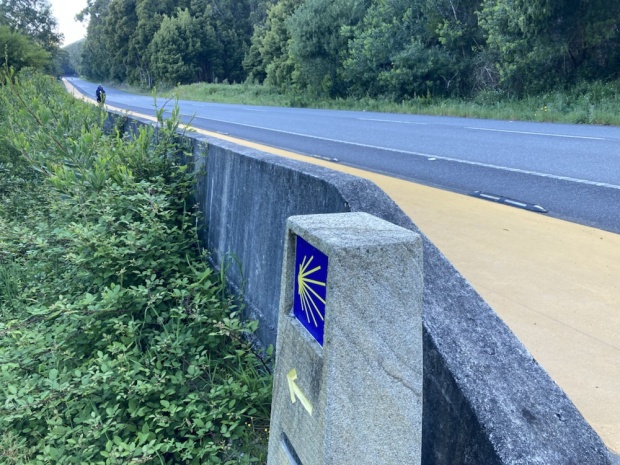 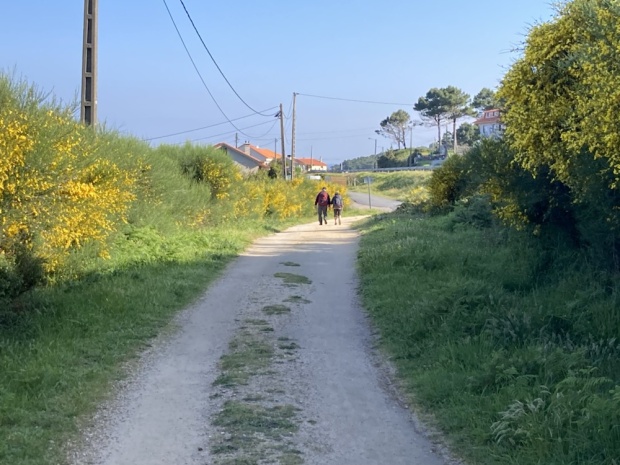 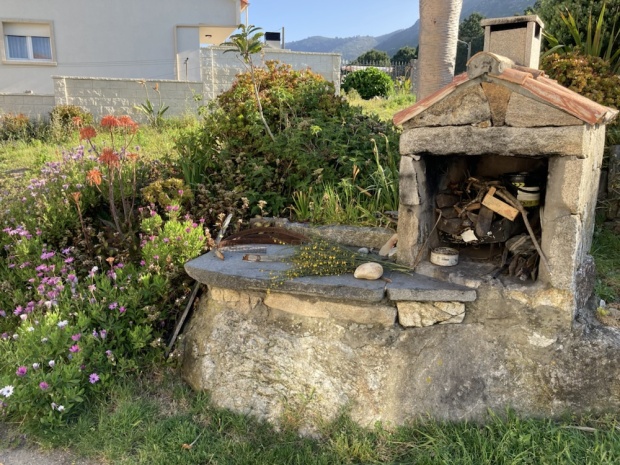 Luckily coffee time coincided with passing a little bijou cliff top test stop before carrying on caffeine charged through lovely pine woods to the rock petroglyphs that I couldn’t really make out. 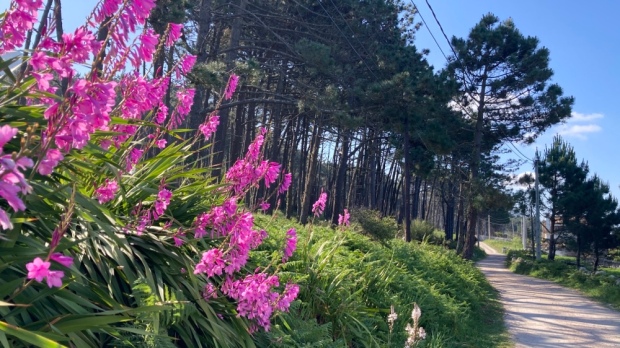 The variety of little personal spaces along the sandy tracks was entertaining. Although a few lucky soles had somehow secured permission to build houses most were happy with just garden spaces or cabins/huts/ or boats! And some were ringed by solid granite walls of monumental proportions. 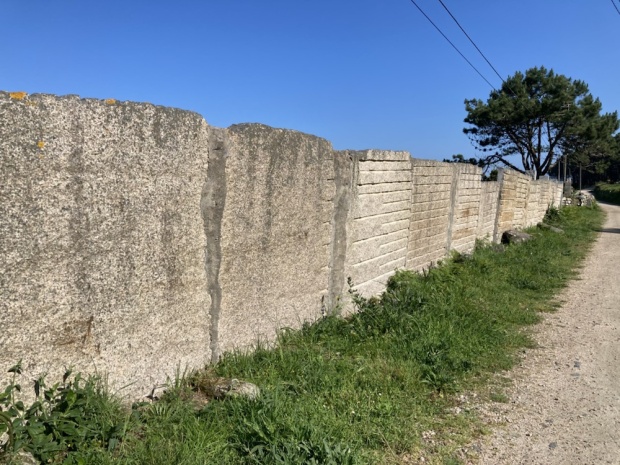 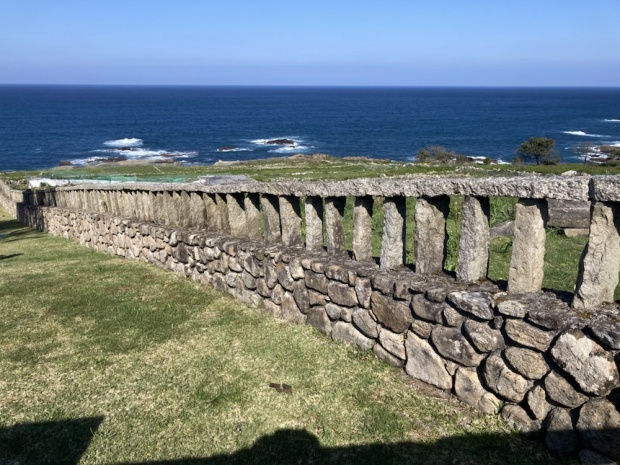 And the variety of track also made up for some stretches of yellow cycle way. 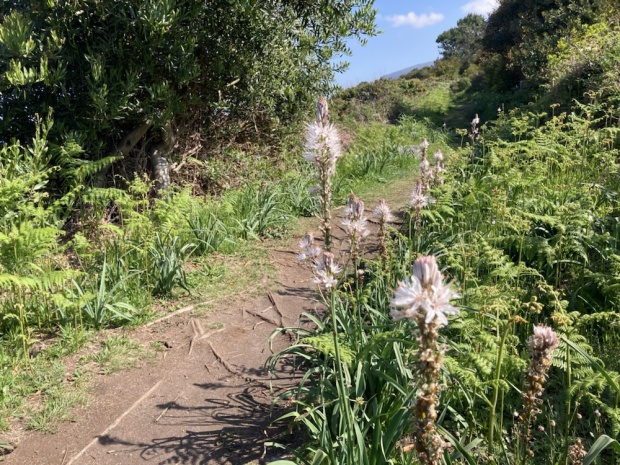 On the approach to Oia I passed the little chapel of San Sebastián and shortly after the massive bulk of the monastery of Santa Maria. Sally had seen me from the passing bus and decided to join me for the last few Km so we continued together through Spanish Connemara. 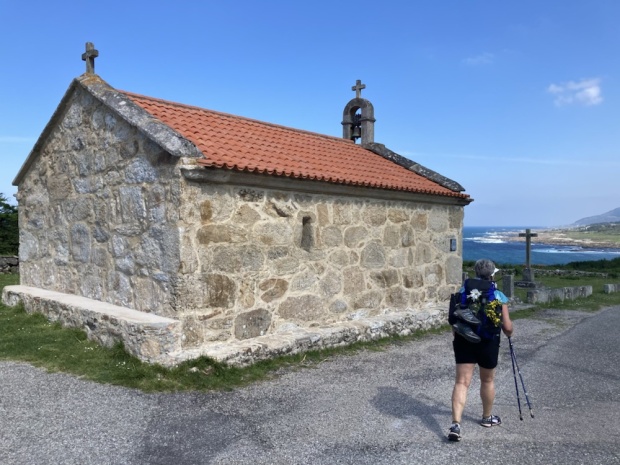 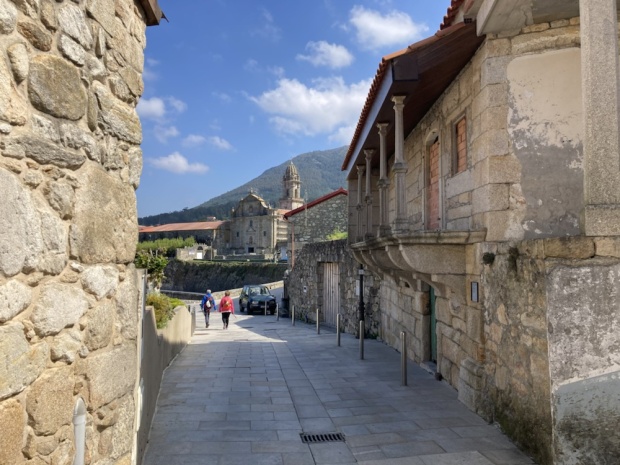 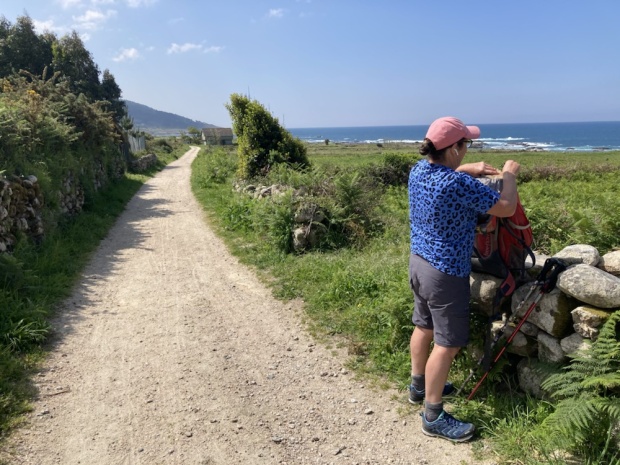 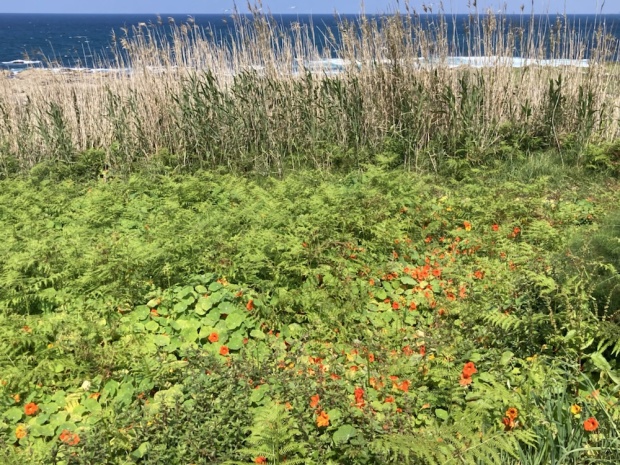 The last leg of the day continued on by the sea before a little detour inland where we passed a pile of stones celebrating the peregrinos. 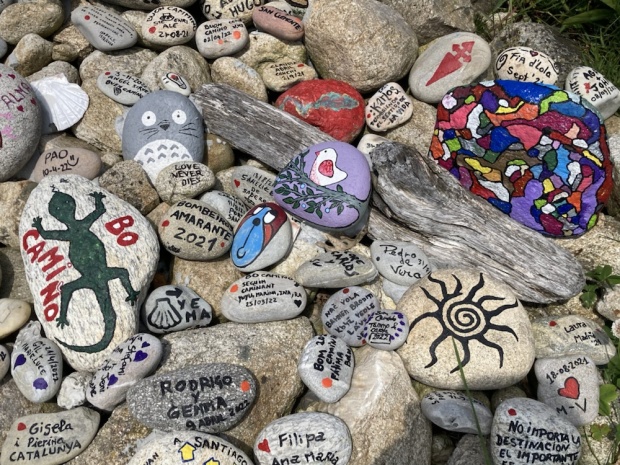 21km from my bed in the Convent we arrived at my bed in the Albergue. A different class of accommodation to be sure but a pilgrims way is varied. 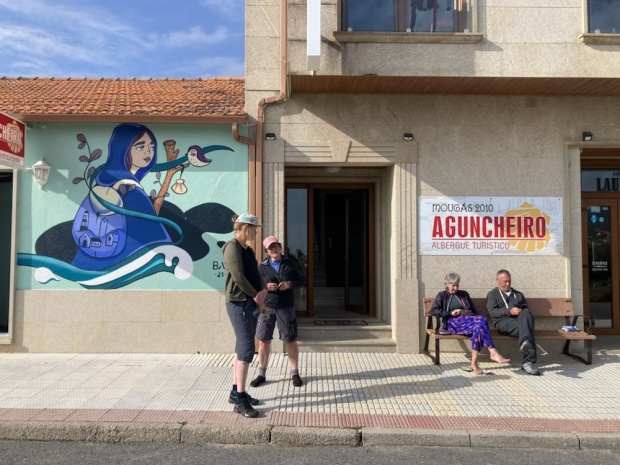 And our friend Emma had joined us from Ireland.