On my way down to the harbour for the ferry to Lobos I came upon more signs that the surfing community are work shy. What is it about the enjoyment of that particular element that makes it so militant in its urging that we all drop out. You don’t get that kind of rhetoric from climbers or hang gliders. I don’t know about pyromaniacs.

Anyway if no one works, whose gonna grow your food dude.
Came across a nice guy busking with his sand sculptures.

In the harbour a man who I’d seen collecting rubbish was throwing loads of bread rolls to the fish which were plentiful and big.

A busy harbour with the ferries to Lanzarote, sports fishing boats, sailing boats and some with glass bottoms. 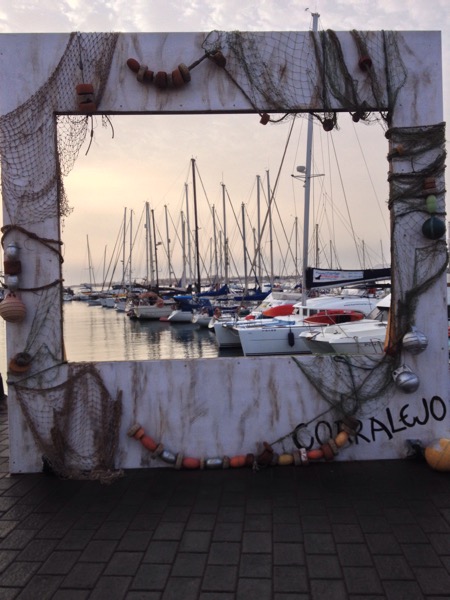 I nearly missed my boat to the island because as the time for departure arrived I was standing on the quay next to the Los Lobos vessel as featured on the info, waving at the English walking group id met yesterday who were about to depart on, as it happens, a glass bottomed boat when the crew started to gesticulate for me to join them. I guess there’s not enough people around for both operators to be running so they doubled up.
15 mins later I was heading off on the very last little bit of the GR 131 on Fuerteventura, and it turned out to be a microcosm of it, with a volcano, sand and resilient people.

My first little detour was to see the salt pans that had been built in the 50’s just before refrigeration made them redundant for preservation. Big clay lined stone walled ponds for evaporation and then crystallisation. Clever stuff but actually nothing compared to what had been going on for century’s on this little dry volcanic lump of land.
The inhabitants had been utilising whatever resources they had to grow barley, wheat and lentils on mass. In other irrigated bits of volcano they grew hemp and flax for rope, they had an industry of salt production and , of course, lime.

Hard to imagine in a landscape like this.
I learnt about a few of the wild plants growing in specialised environments and photographed a lot but no room on this posting. There were a lot of Euphorbia Balsamifera and I got their sticky sap all over me. 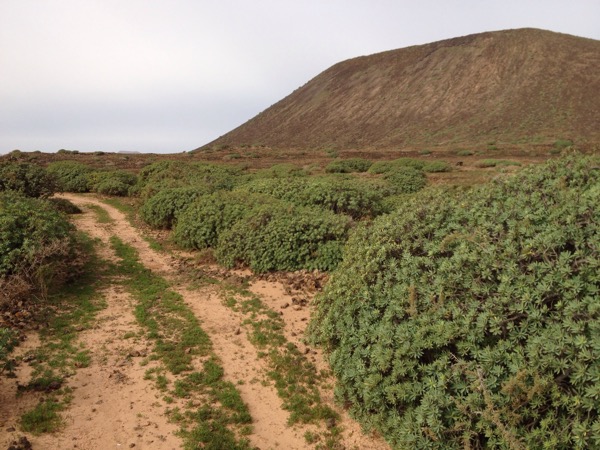 At the northern end was the lighthouse that marked the end of the trail but a loop took me around in a circuit.

After passing saltmarches and little shelters and camps I suspect the surfers of making I came up some giant pebble steps to the tiny El Puertito. 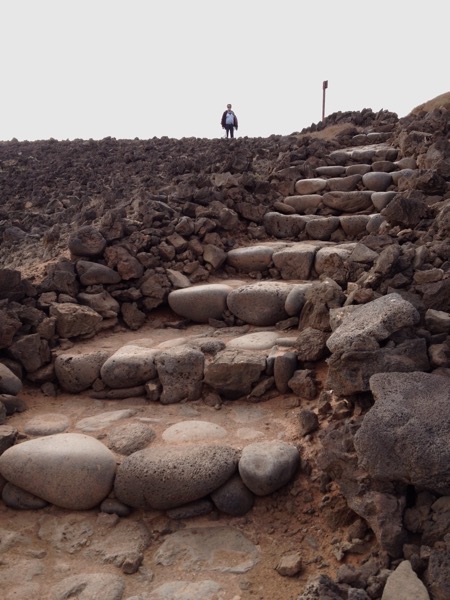 A strange little place with fancy modern wood clad restaurant which was shut and a collection of little houses.

Back around to the little harbour with enough time to visit the information centre and get some.
On the return voyage I went below decks to marvel at the wonders of the undersea world but I couldn’t really see any.

Quick turnaround to the Lanzarote ferry had me over here by 3.30 but still to late to pull out of town to find a place to sleep rough in. There was only one thing for it.