It was a bit cloudy for the first time as I set off down the farm track out of town.

Lots of storks nesting in the church bell towers 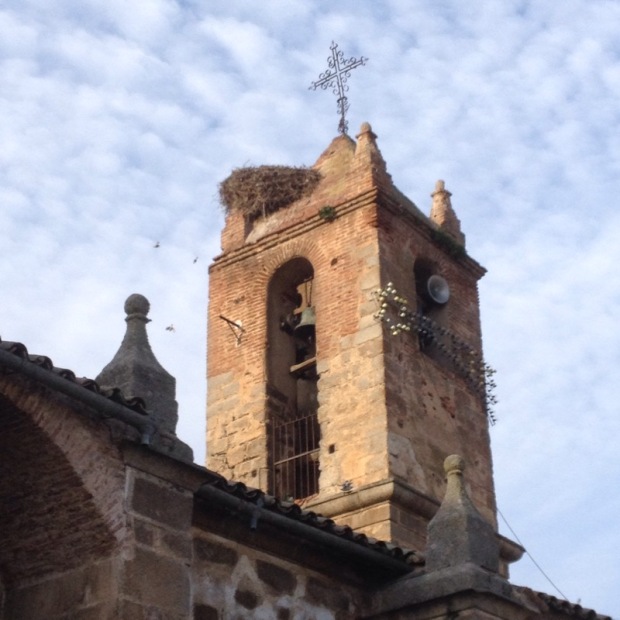 ﻿Past crosses new and old﻿ 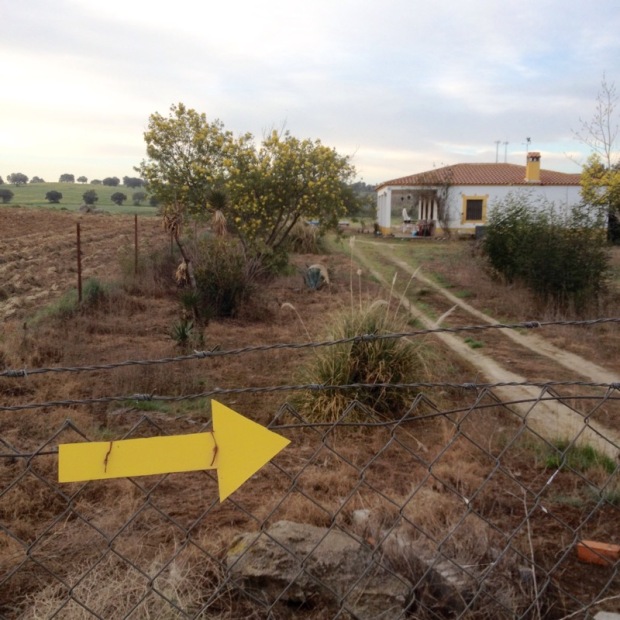 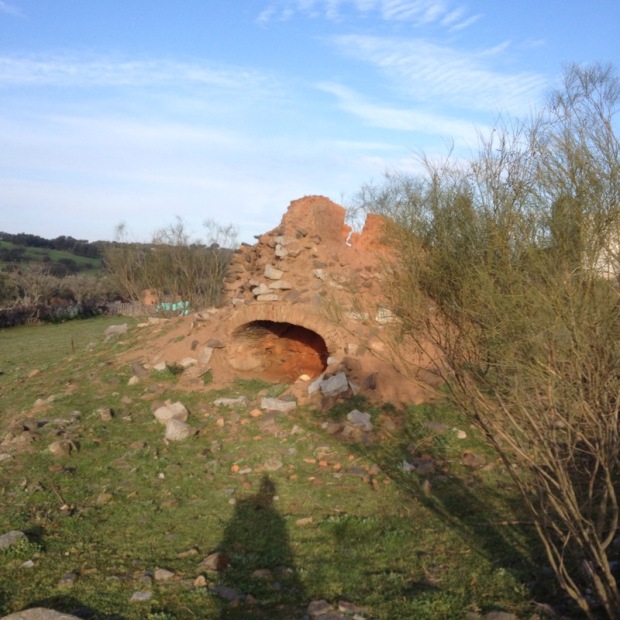 Lots of granite was also quarried in the area ﻿ 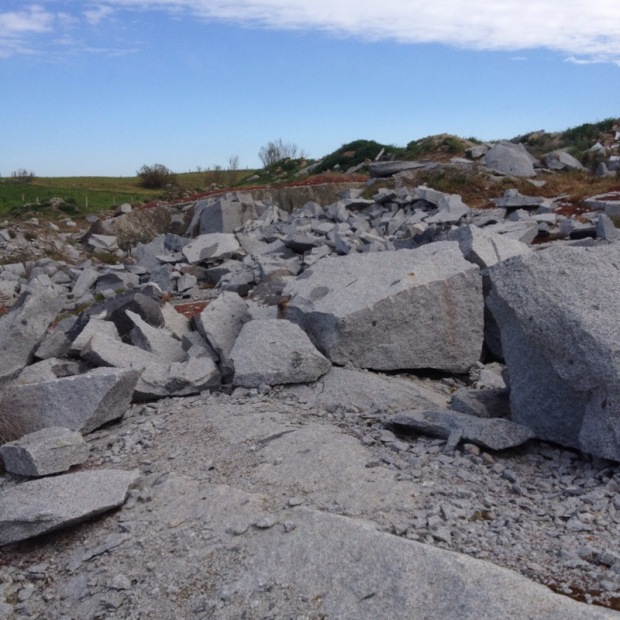 ﻿and used in door surrounds and lintels﻿

﻿and the landscape was dotted with rounded boulders﻿

The sandy track led me through farmland﻿ 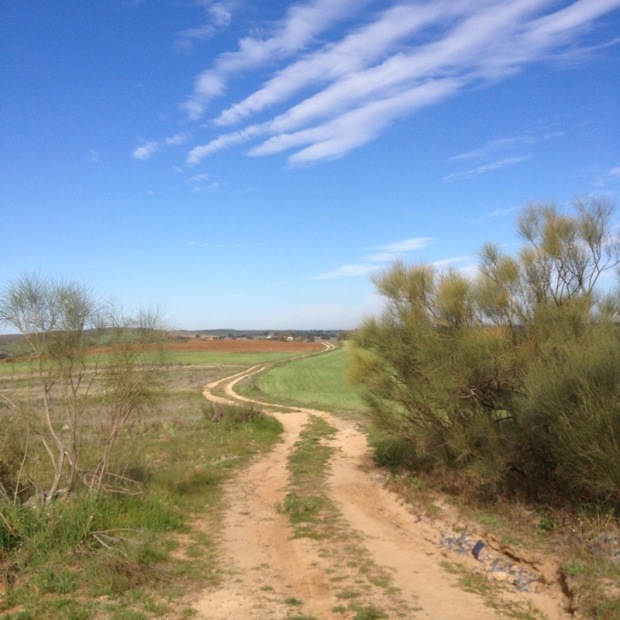 ﻿and I followed the arrows past a stinking goat farm﻿ 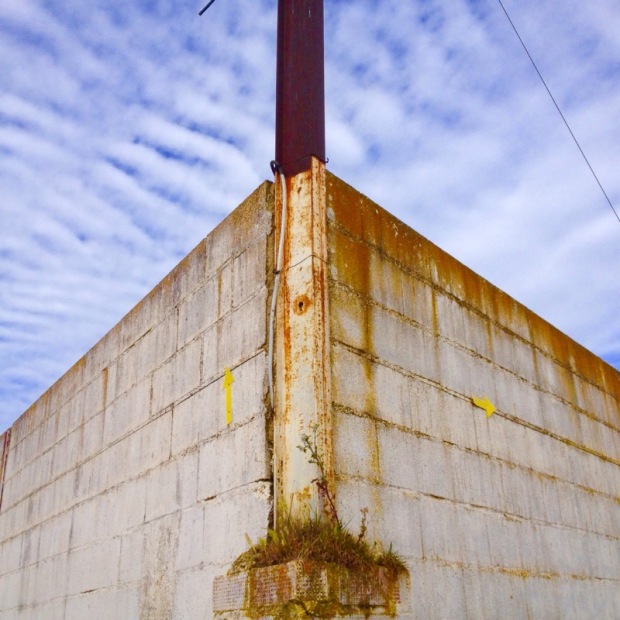 A big thing in the area is the devotion to the Virgin de la Guia (?) who has a pilgrimage in her honour and a shrine on the outskirts of Hinojosa ﻿

My last town in Andalusia, tomorrow I’ll be in Extremadura. 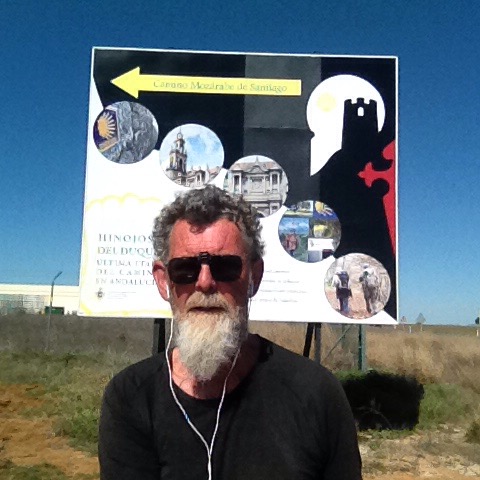 In the Plaza de la Cathedral ﻿

﻿I rang the local police who kindly came and gave me the key to the adjoining albergue which I’m sharing with a policeman stationed here who lives in Córdoba. Well he’s on the night shift so I won’t see much of him. It’s a newly renovated building with all a pilgrim could ask for ﻿

﻿before retiring to the plaza for lunch. I was here by 1,30 and would have carried on but the next town is 32km away and the bed here is very comfy. I’ve been put off camping by the frosts that greet me every morning and so, with an Albergue to myself for a fiver, why suffer more than need be?