There was a miscalculation in the remaining kms so it took a bit longer than expected today. I crawled out of my bunker to a clear sky and I could see my breath on the air. My new sleeping bag ( not a Lidle product) had done well to keep me cosy. It was a few km to Torrefresneda and a cafe con leche in the bar with the boyos. It’s such an early morning hang out in every city, town and village for the lads. Nowhere like it in Ireland. This was a real one mulo place. Basically one road through a new village to accommodate agricultural workers. But they still had the civic pride to design and build an  amenity that no one will ever use.

The buildings were all low rise and the same. 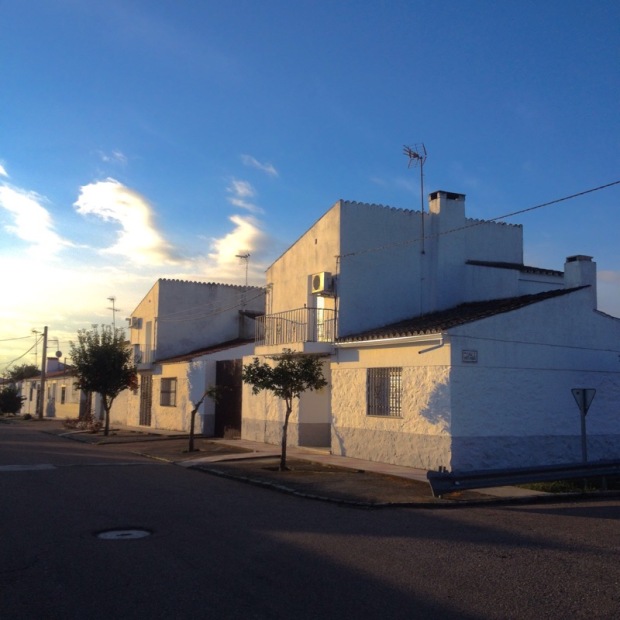 Slap bag In the middle of miles of intensively productive farmland with a motorway running alongside I wasn’t tempted by the for sale signs. Of which there were many.

The landscape might have been a bit grim but the walking felt good and I flew along listening to my favorite tunes of the last 2 1/2 months. 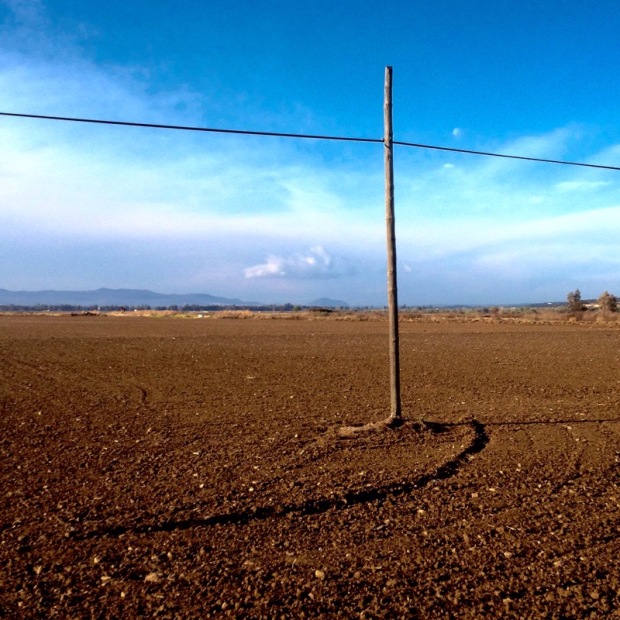 and the storks nesting on the pylons between the fruit trees 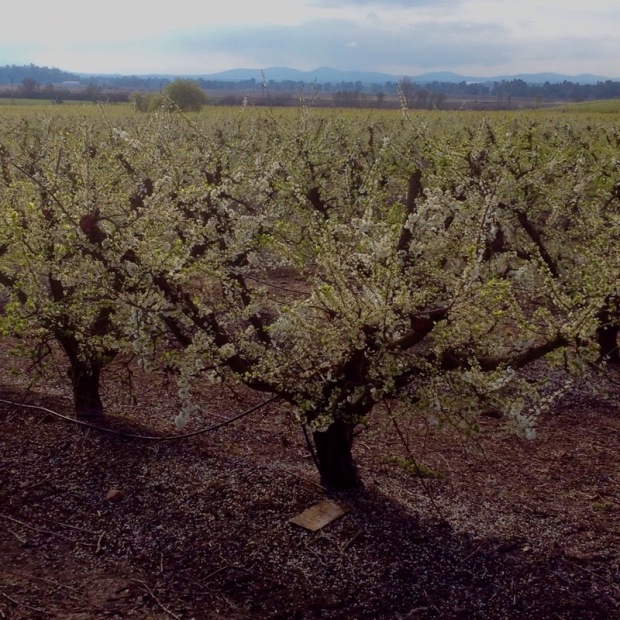 I carried on to San Pedro de Merida where more civic plans had gone belly up. 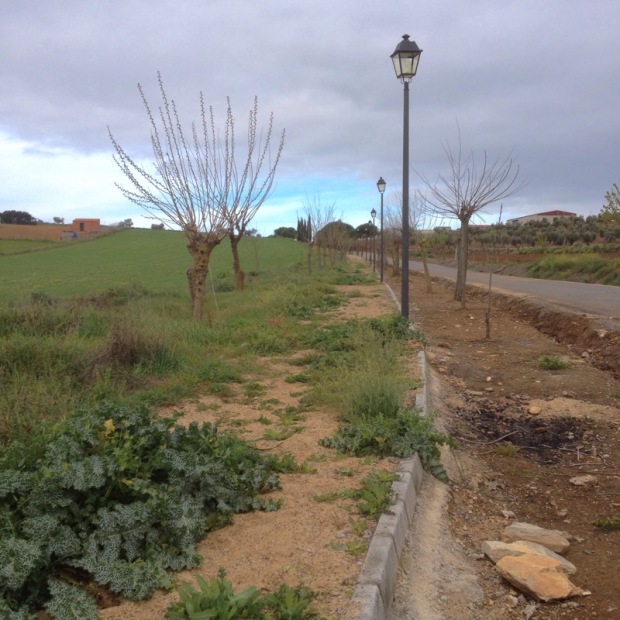 and on through more “countryside”

Until I came to the outskirts of Merida

A big city that luckily was well signed for the peregrino.

Past many Roman bits and pieces to the river and a old mill ow serving as an albergue and my home for the next two nights. 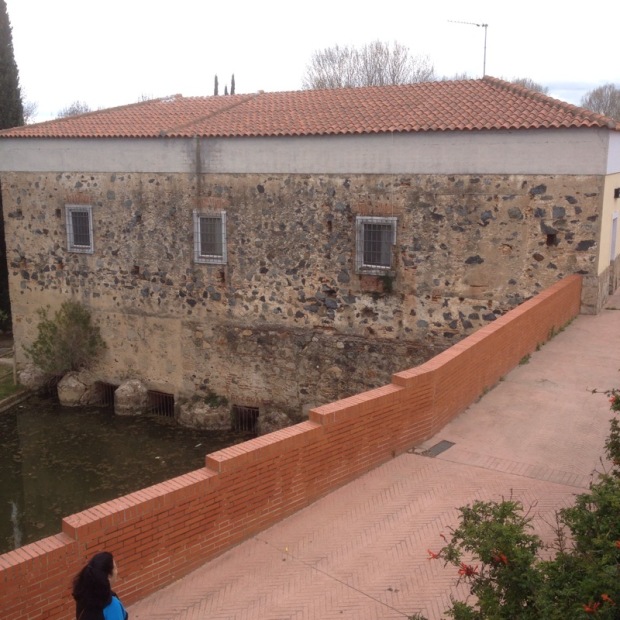 After weeks on the Camino Mozarabe with no one about this place is alive with pilgrims on the way to Santiago from Seville. I say alive, of course they’re all in bed by 9.