Back on track. Good to be walking again even if my pack is heavier now I’m carrying two tents ( one for the dogs !) and cooking gear. But now that I’ve lost 10kg off my belly I can afford to put it on my back without fear of overburdening my knees

There may have been some doubts about whether we would make it out to the canal after what I’m told was a fun filled dinner party the night before but luckily Sally wasn’t too hung over and we set off on schedule.

It was alarmingly drizzly on the drive up but by the time we got to Maynooth it had dried and warmed up a bit. We parked in the train station which adjoins the canal and we are planning to come back by train from Longford in 125km and 5 days time. The track runs alongside us for a lot of the way as the land bought for the canal construction was wide enough for both. It wasn’t long after the canal was open that the train took over passenger travel anyway. 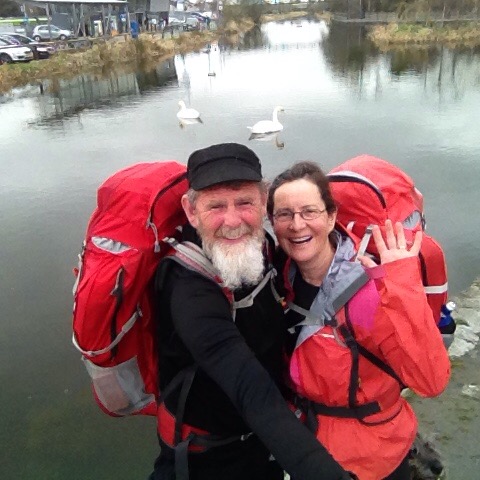 ﻿In my relaxed state I was intent on starting to walk the wrong way, East rather than west, but luckily I now have a track buddy to put me straight. And I’m still following arrows ﻿ 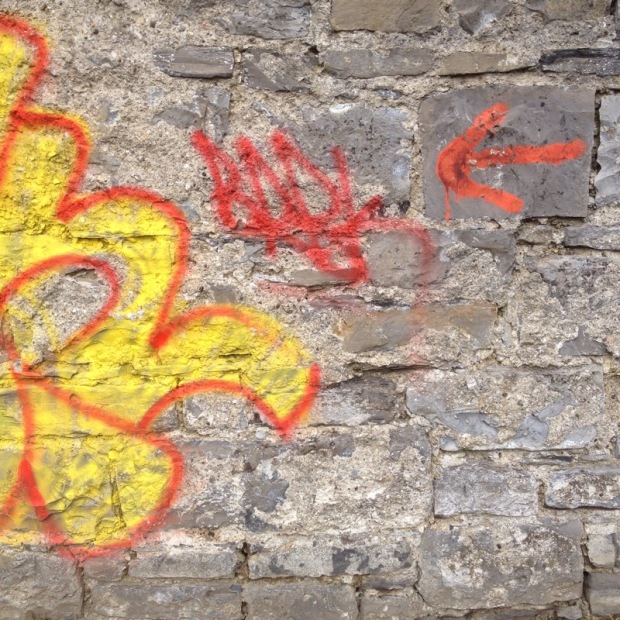 ﻿We followed this wall, of St Patrick’s college for a good long way, they must have some serious amount of land on campus. We went up through two locks and noticed how short and narrow they appear to be. You’d only get one boat in at a time. But there is almost no boats on the move anyway. This was the only one we saw all day. 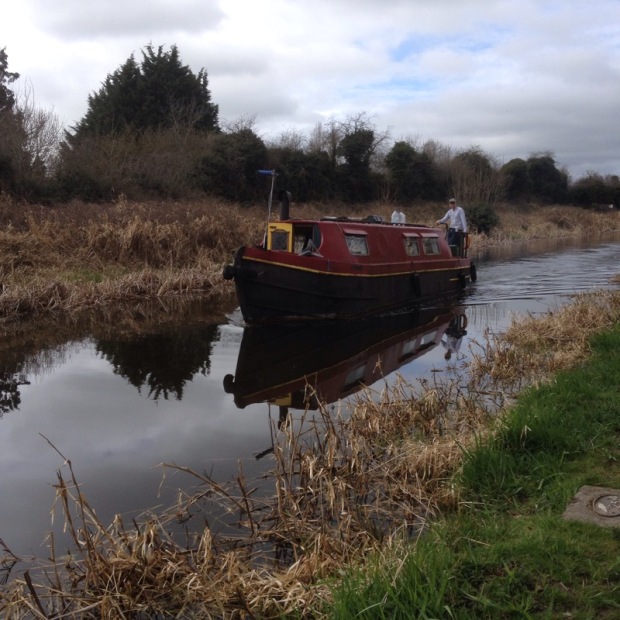 ﻿After we walked the Grand Canal a few years ago we thought how underused the whole amazing resource was and the Royal seems the same. There’s some fine bridges that have to accommodate the canal, train track, river and one bridge even had a arch just for the towpath.

Before long we were approaching Kilcock﻿ 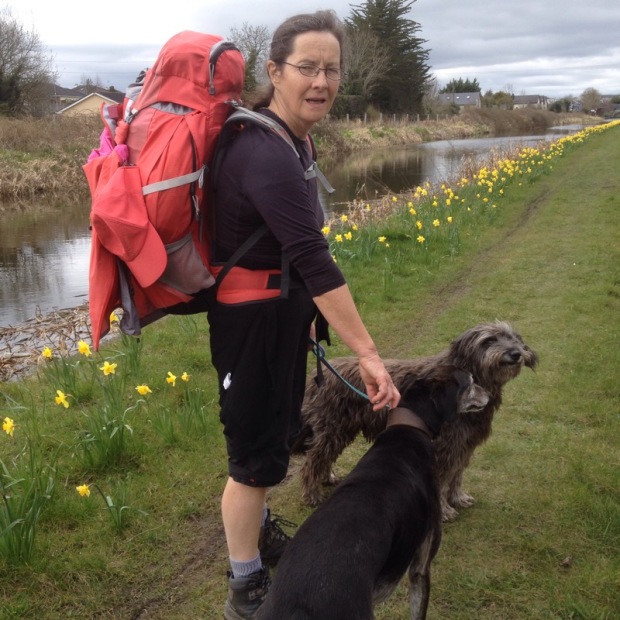 where they were very keen on waterpolo and had numerous goals slung across the water. ﻿ 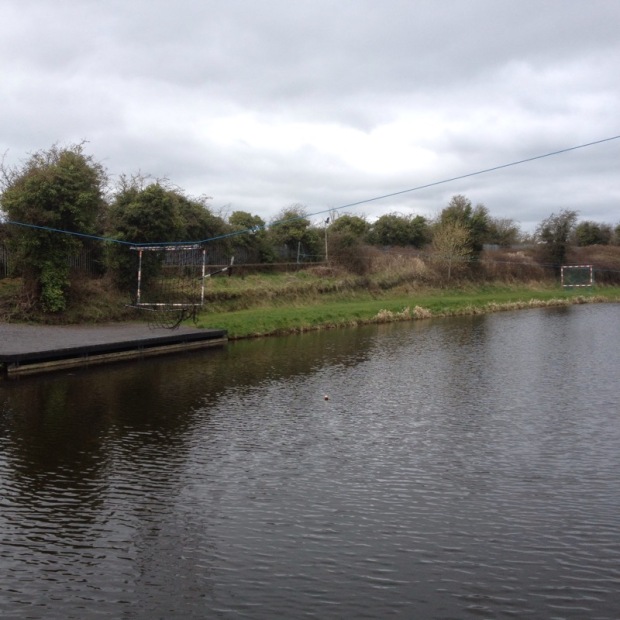 The section of the canal beyond Kilcock passes through Cappa bog which caused big problems during construction with sides slipping and bottom swelling up, a bit like ourselves. It looks nice now though. ﻿ 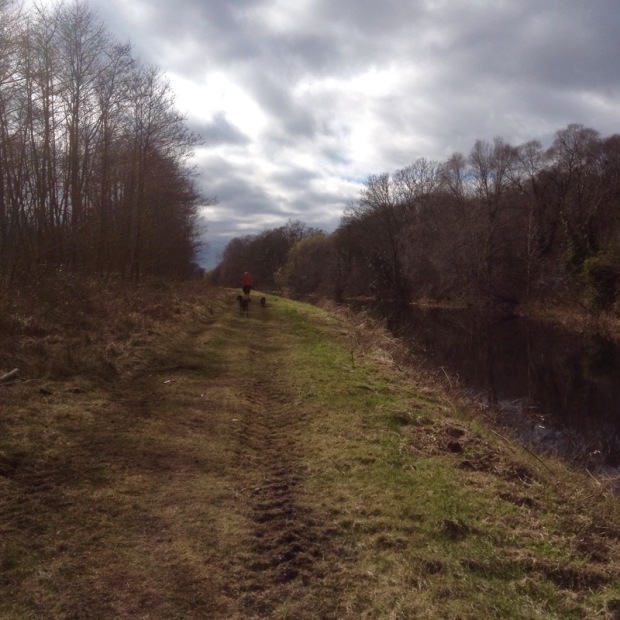 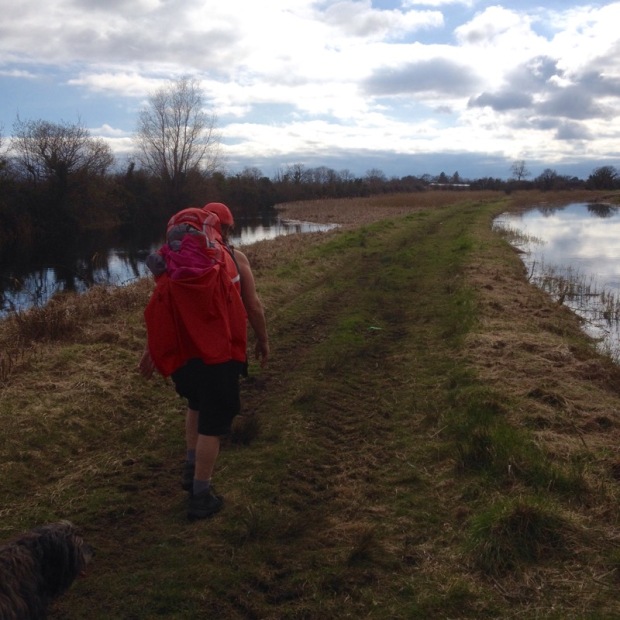 Irish Waterways hav been cutting the reeds From the canal and shrub from the banks and we came across fine looking little vessels for the job. ﻿ 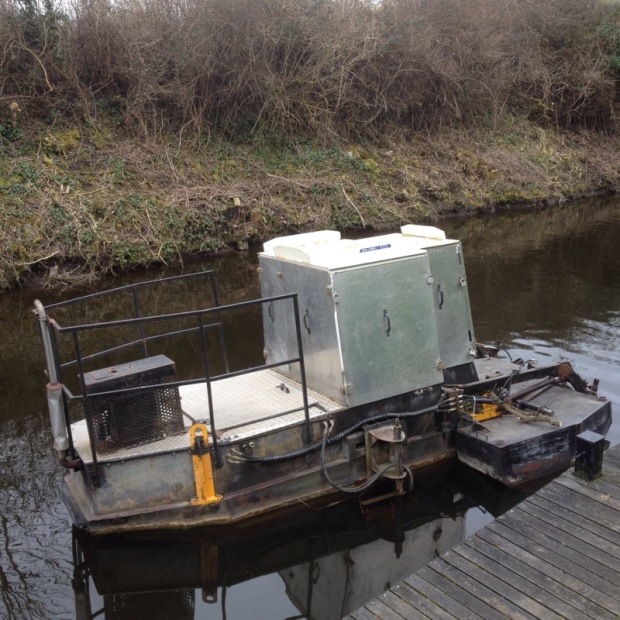 Just before Enfield, or Innfield on some maps, we came upon a fine motte and bailey. ﻿ 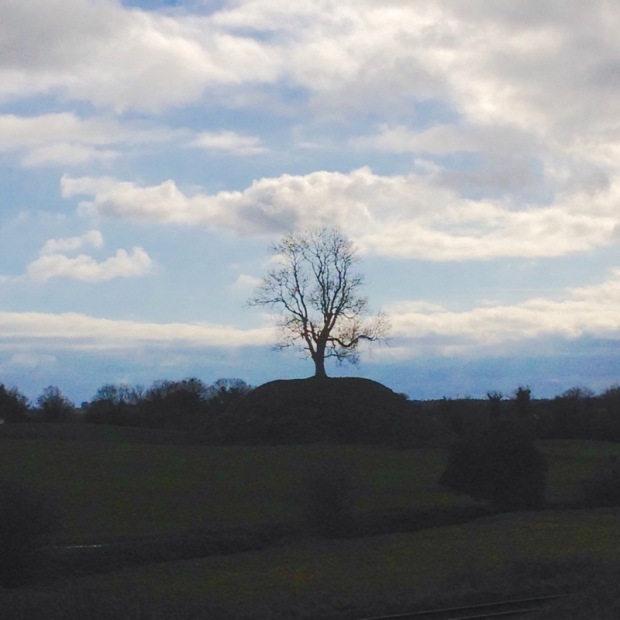 Enfield had a lovely canal side amenity area with harbour and slipway and shower and toilet block but we decided to carry on out of town to camp, a little wary of the lads bush drinking antics. So we got some food and drink and headed off into a gorgeous evening a couple of km to a nice wide patch of grass with loads of firewood around. 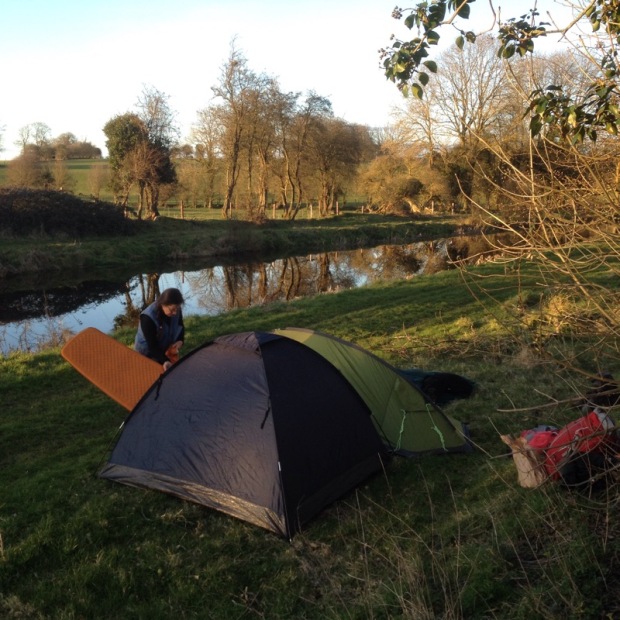 It was a bit near the motorway that we could hear all night but apart from that….all good. And a huge full moon rising. ﻿ 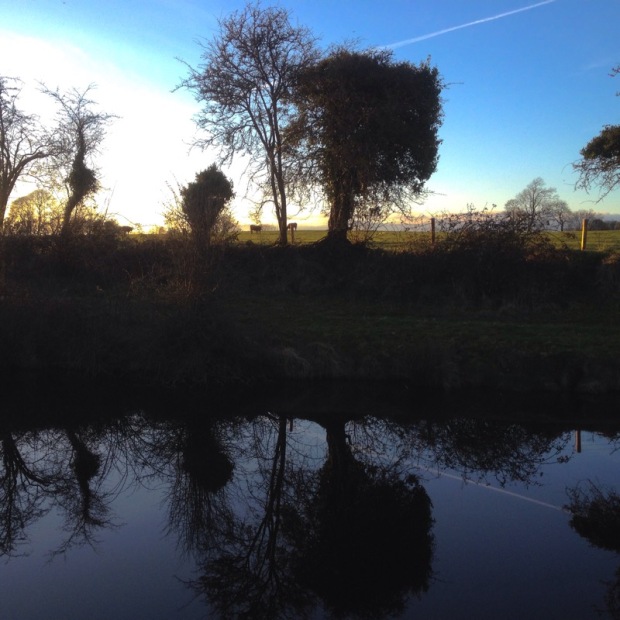 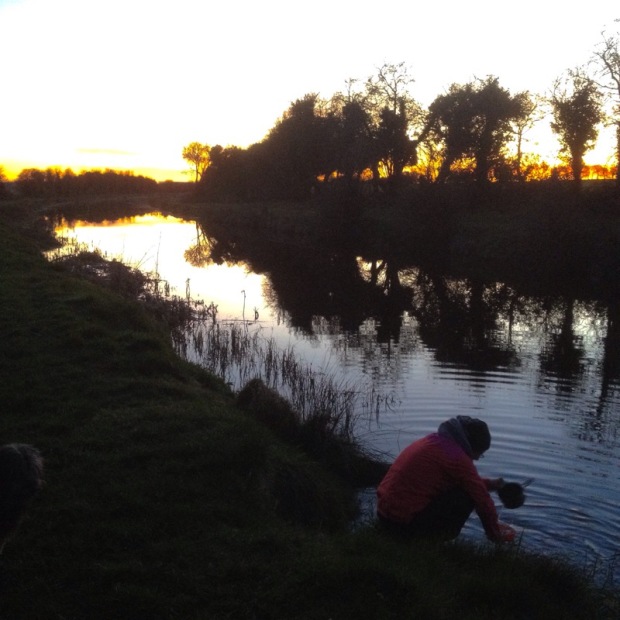 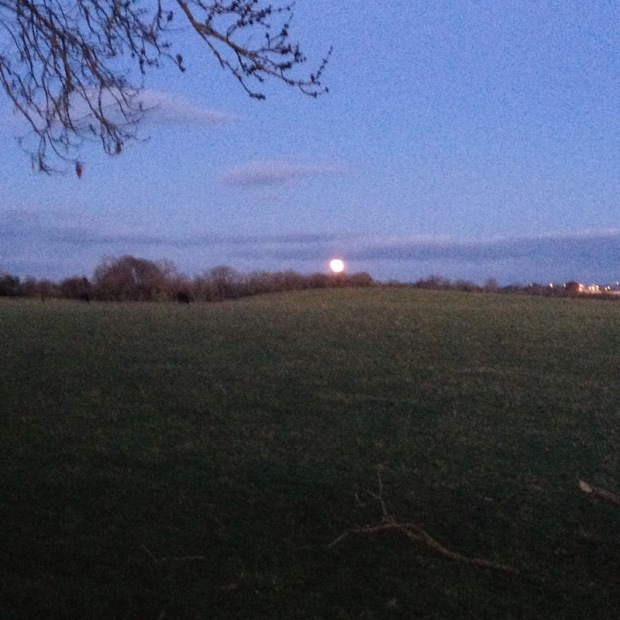